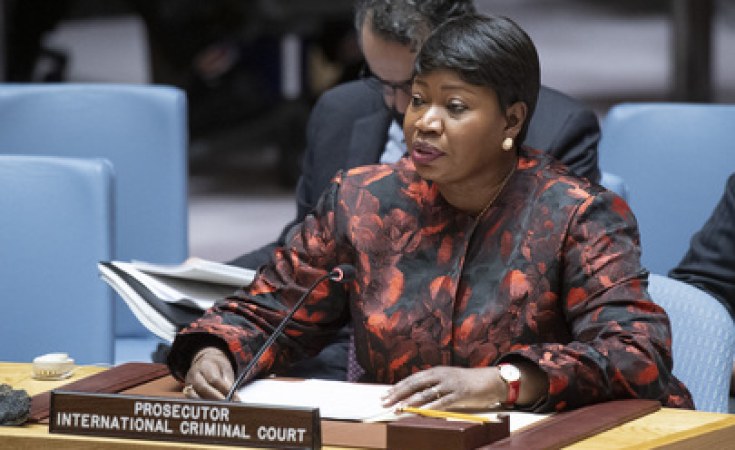 Fatou Bensouda, the International Criminal Court Prosecutor, is expected in Sudan next week as she waits for judges to confirm war crimes charges against Ali Muhammad Ali Abd-Al-Rahman.

At the confirmation of charges hearing of Mr Abd-Al-Rahman--commonly known as Ali Kushayb--that was held from February 24 to 27, Ms Bensouda said that her office will prove that the former Janjaweed senior operative had committed crimes against humanity and war crimes in Darfur since 2003.

"I stand here today in solidarity with the victims. We seek justice for the victims of rape, murder, torture and other crimes committed in Darfur," Ms Bensouda told the court at the opening of the session on May 24.

Ms Bensouda, who will be leaving office in June next year, will be making her second trip to Sudan after the initial one in December 2020 where she secured the co-operation of the Sudan interim government led by Dr Abdalla Hamdok to visit Darfur.

Ms Bensouda told the court that she will visit Sudan the week beginning May 31 to thank witnesses, victims and other individuals and organisations who continue to pursue justice and accountability for the crimes committed in Darfur.

"I will be expressing this sincere sentiment when I visit Sudan, including Darfur, next week in my last mission to the country as ICC Prosecutor," she said.

After visiting Sudan, Ms Bensouda will present her last report to the United Nations Security Council on the Darfur cases, in which Mr Abd-Al-Rahman has been accused of 31 war crimes and crimes against humanity committed between August 2003 and April 2004.

Ms Bensouda gave tributes to the victims for resilience and patience they have demonstrated since the UN Security Council referred the case to the ICC 15 years ago.

Mr Abu Garda presented himself to the court and the Pre-Trial Chamber I decided not to confirm the charges in February 2010; Mr Abdallah Banda is dead, al-Bashir is in custody in Sudan; and both Mr Harun and Mr Hussein are still at large.

Mr Abd-Al-Rahman is being accused of crimes of torture, rape and murder of civilians in the Wadi Salih and Mukjar Localities of West Darfur State. He is facing the charges of intentionally directing attacks against the civilian population, murder, pillaging, destruction of the property of an adversary, rape, forcible transfer of population, torture and attempted murder.

Elise Keppler, the Human Rights Watch associate international justice director, in a tweet, said the absence of al-Bashir and the three other Darfur suspects at the ICC is a major shortcoming that the Sudanese authorities should promptly address.

The ICC Pre-Trial Chamber II--comprising Rosario Salvatore Aitala (Presiding judge, Italy), Antoine Kesia-Mbe Mindua (the Democratic Republic of the Congo) and Judge Tomoko Akane (Japan)--will deliver its written decision on the charges against Abd-Al-Rahman within 60 days from the date the confirmation hearing ends.

The judges have three options: to confirm the charges and commit the suspect to trial; decline to confirm those charges in case of insufficient evidence; or adjourn the hearing and request the Prosecutor to provide further evidence, to conduct further investigations or amend any charge of the charges.

The confirmation of charges hearing is not a trial, but a public hearing to establish whether the prosecution has established sufficient grounds for the accused to stand trial.

Mr Abd-Al-Rahman was represented by Mr Cyril Laucci, while the 151 victims were not required to participate in the hearing but were represented by lawyers Paolina Massidda, Amal Clooney and Nasser Mohamed Amin Abdalla.

The defence team, led by Mr Laucci, objected to the charges and sought to expunge the prosecution's evidence, arguing in an earlier filing that Mr Abd-Al-Rahman is not the man commonly referred to as Ali Kushayb.

But Ms Bensouda maintained that evidence shows that Mr Abd-Al-Rahman was a willing and energetic perpetrator of crimes he is accused of and that the man known as the 'colonel of colonels', was a senior leader of the infamous Janjaweed militia in the Wadi Salih and Mukjar localities during the charged period.

Mr Abd-Al-Rahman was not required to plea at this time. The ICC at his stage met the cost in accordance with the legal aid scheme, in which an accused is given leverage for non-expense after the court proves diligence, meaning that he cannot afford to pay for his defence.

Mr Laucci has also indicated that he will challenge ICC's jurisdiction in the case because Sudan is not a signatory to the Rome Statute, which established the ICC.

The case was referred to the ICC by the Security Council in 2005. This is one of the three options for referring a case.

The other options are self-referral as was the case with Uganda and DRC, and the third option is the filing by the Prosecutor if the concerned country has no capacity or is unwilling to prosecute cases locally, as was the case in Kenya.

Mr Abd-Al-Rahman, 72, was transferred to the ICC's custody on June 9, 2020, after surrendering himself voluntarily in the Central African Republic. Mr Abd-Al-Rahman initially appeared before the court on June 15, 2020.

Since his transfer to the court, Mr Abd-Al-Rahman has been detained at the ICC Detention Centre in Scheveningen, The Hague, Netherlands.

Escalation of Violence By Young Rebels, Despite Appeals for Peace