Shipping Industry: Where There is a Will There is a Way - 66 Containers of Stolen Illegal Timber Return to Mozambique 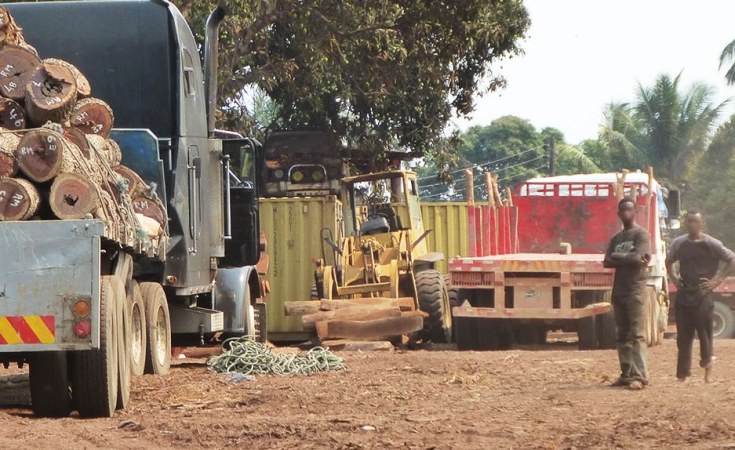 On May 16th, 66 containers of logs that had been illegally harvested and shipped out of Mozambique returned to Pemba, some of them having sailed home on a journey of 20,000 kilometers. While positive outcomes to international illegal timber trafficking sagas are rare, this example demonstrates what is feasible and should set the bar for implementing routine efficient measures going forward.

Mozambique is Africa’s third largest exporter of logs. Between 2017 and 2020, Mozambique exported 2.6 million tons of logs, valued at US$900 million; 99 percent of these logs went to China. This trade persists in violation of Mozambique’s log export ban, in effect since 2017. It also violates additional actions taken by the government in 2018, prohibiting the logging of the principal species exported as logs. At that time, the Minister of the Environment, Mr. Celso Correia, reportedly described the situation as being nothing short of a “war” against organized crime.

“This is a victory against traffickers and organized crime, but the war against illegal timber trade from Mozambique is not over,” said Octavio Zilo, chief prosecutor of Cabo Delgado province, of which Pemba is the capital. “Broader and deeper productive collaborations with shipping lines and demand side countries like China will be needed.”

For years shipping lines have minimized or denied their role in the illegal timber trade. In recent months, however, prominent shipping companies have made commitments to combat illegal timber trade. Significantly, in response to reports about timber trafficking from The Gambia, Compagnie Maritime d'Affrètement-Compagnie Générale Maritime (CMA-CGM) announced an embargo on all timber from The Gambia, and Maersk Line quickly followed suit.

CMA CGM Group
The Compagnie Maritime d'Affrètement-Compagnie Générale Maritime (CMA-CGM), the fourth largest shipping line in the world, has announced a total moratorium on the transport of wood from The Gambia, as well as the creation of a global blacklist of shippers involved in illegal trade of protected and endangered species.

Lisa Handy, Director of Forest Campaigns at EIA, said: “While some key players are acknowledging the industry’s role in the illegal timber trade and starting to take concrete measures, others continue looking the other way or shielding themselves behind hollow commitments. EIA is committed to exposing these illegalities, and finding impactful solutions to end such damaging trade.”

The Mozambique case is a learning opportunity and EIA calls on all shipping lines to improve transparency and undertake adequate screening procedures to combat the illegal timber trade. For instance, systematic and targeted screening procedures can be put in place to prevent logs from departing countries that have log export bans, like Mozambique. EIA estimated that between 2014 and 2018, over US$6 billion in logs left African countries with total or partial log export bans. This trade continues to devastate local communities, ecosystems, and economies across the African continent.

Main timber demand-side countries have both a responsibility and a major role to play. For example, in the United States, the Lacey Act needs much stronger and strategic enforcement, and in China, reform of the forestry laws could dramatically reduce the entry of illegal timber. As the world slowly emerges from the coronavirus pandemic in search of a “new normal,” building a renewed, transparent, global timber trade system and stopping illegal timber trafficking is not a choice but a necessity.

Tagged:
Copyright © 2021 Environmental Investigation Agency. All rights reserved. Distributed by AllAfrica Global Media (allAfrica.com). To contact the copyright holder directly for corrections — or for permission to republish or make other authorized use of this material, click here.