Rwanda: Macron's Visit to Kigali an Opportunity for France and Rwanda to Renew Ties 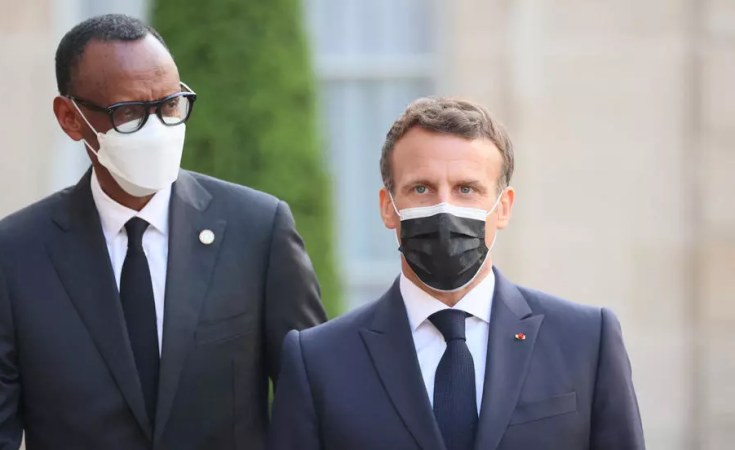 Pierre René-Worms/RFI
French president Emmanuel Macron, right, with his Rwandan counterpart Paul Kagame in Paris on May 17, 2021. Macron is due to meet Kagame in Kigali on May 27, 2021, as part of the continuing reconciliation between the two countries.
Radio France Internationale

French president Emmanuel Macron's visit to Rwanda on Thursday to commemorate the victims of the 1994 genocide is a step towards normalising relations between the two countries after a quarter century of tension.

Macron is the first French leader since 2010 to visit Rwanda, which has long accused France of being complicit in the mass killings of 800,000 Rwandan Tutsis between April and July 1994.

In March, the French government accepted the conclusions of a commission of historians, which accused France of being "blind" to the Hutu regime's preparation of the massacres. The report said that France bore "serious and overwhelming" responsibility for the genocide.

On a visit to France last week, Rwandan President Paul Kagame, who led the Tutsi rebellion that ended the genocide, said the report had paved the way for the two countries to have "a good relationship."

The last French president to visit Rwanda was Nicolas Sarkozy, who admitted that France made "serious mistakes" and had a "form of blindness" during the genocide.

Interview: Rwanda and France on a 'good basis' to rekindle relations, says Kagame

They will be listening closely when Macron delivers a speech on Thursday at the Kigali Genocide Memorial, the final resting place for over 250,000 genocide victims.

Some would like France to go further, and apologise. They will be listening closely to Macron, who has presented himself as someone who is not afraid to admit to past wrongs, as he gives a speech Thursday at the Kigali Genocide Memorial.

Officials say Macron could use the visit to fill the ambassador post in Rwanda, which has been vacant since 2015.