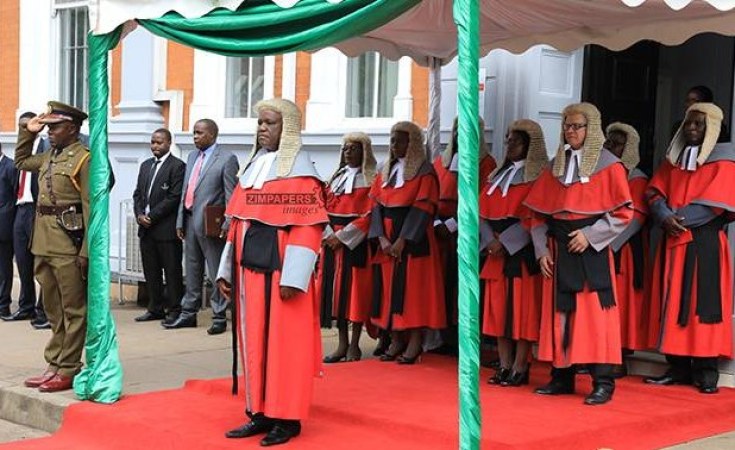 Embattled Chief Justice Luke Malaba could face imprisonment after he breached a recent High Court judgement which rendered his continued stay in office as illegal.

Malaba did not stop reporting for duty despite the Justice Happias Zhou ruling he had ceased to be the country's top-most judge on May 15, 2020, upon reaching the retirement age of 70.

The judgement followed an application by top lawyer Musa Kika, who is also director of Zimbabwe Human Rights NGO Forum, to declare Malaba's continued hold on office as unconstitutional.

This was after President Emmerson Mnangagwa had extended Malaba's term by five more years after "establishing" that the controversial court official was physically and medically fit to continue holding office.

Mnangagwa said the courts should be respected despite that the Justice ministry had filed a notice to oppose the judgement by Charehwa.

Following reports that Malaba is still in office, Kika filed another urgent court application calling for the judge's incarceration.

Reads part of his draft order, "First respondent Luke Malaba is to be found to be in contempt of the judgement of the High Court per Zhou, Mushore, Charehwa, and consequently Malaba is ordered to pay sum of $1 million".

He also prayed that Malaba be committed to Chikurubi prison for a period of 6 months all of which is suspended on grounds "that he shall forthwith and immediately after service of this order cease from exercising the functions of Chief Justice of Zimbabwe either in a judicial or administrative capacity."

Also cited as respondents in the application is the acting CJ Elizabeth Gwaunza, Parliament of Zimbabwe, Justice minister Ziyambi Ziyambi and the Judicial Services Commission.

'We Will Make Sure Malaba Is Never Chief Justice Again' - Biti