Namibia: Dutch Court's Loud and Clear Message to ReconAfrica: "You will not get away with destroying the Okavango. The time to back out is now" 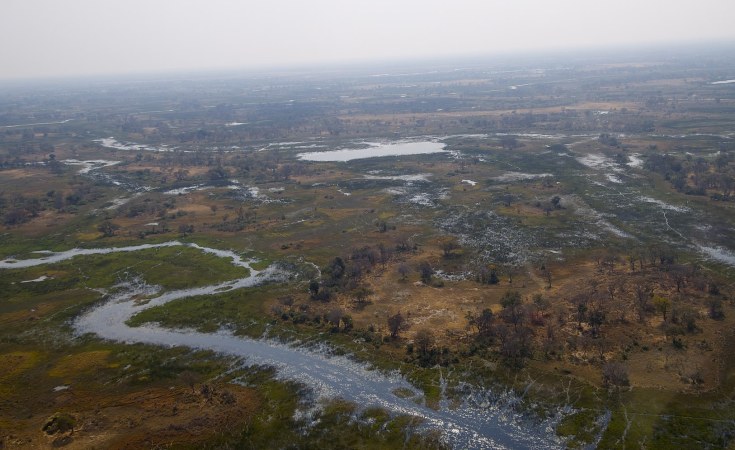 Windhoek, Namibia — In a landmark ruling, of particular relevance to Namibia where Canadian oil and gas company ReconAfrica is currently exploring for oil and gas, a Dutch court ordered the energy giant Royal Dutch Shell to slash planned greenhouse gas emissions, paving the way for legal action to be taken against fossil fuel companies across the planet. [1]

Nnimmo Bassey, Director at Health of Mother Earth Foundation, named Environmental Hero by Time Magazine described how  "the ruling that Shell must cut its emissions, coupled with earlier rulings that the company must compensate devastated poor farmers in the Niger Delta, are clear signals that new investments in oil exploration and extraction are both wrongheaded and irresponsible. Corporations must be forced to stop denying the reality of global warming and the ecocide that attend fossil fuel extraction. Now is the time for ReconAfrica to spare Okavango, the people of Namibia and Africa the avoidable harms which will result from their mindless pursuit of profit at the expense of the people and planet. Anything less will be nothing other than willful climate and ecological crimes."

Fridays For Future Windhoek (FFFW) had previously revealed how the oil and gas 'play' of Canadian ReconAfrica in the Kavango region of Namibia and Botswana risks destroying global attempts of meeting a two-thirds chance of limiting global heating to 1.5°C as part of the Paris Climate Change Agreement. Based on ReconAfrica's own projections of 120 billion barrels of oil equivalent, the 'carbon gigabomb' comes in at up to 51.6 Gigatonnes of CO2, the equivalent of one sixth of the world's remaining carbon budget.[3]

"The rulings Shell has faced recently honours the memory of activists like Ken Saro-Wiwa, who sacrificed his life for his people, the Ogoni, another African nation devastated by the oil industry's greed. These rulings, as well as other recent events, lay bear cracks in some of global North's fundamental pillars, the region of the Earth most responsible for climate change, spelling out a resounding "NO MORE" to the fossil fuel industry.  ReconAfrica, the message is very clear: time is up, oil or not. Pack up and get out. Kavango cannot and will not fall prey to this decayed industry's desperate last gasp for breath," declares FFFW coordinator and frontline defender Ina-Maria Shikongo.

Tim Crossland, UK environmental lawyer and director of the charity focused on climate litigation PlanB said, "following the ruling of the UK Supreme Court in February, that Nigerian communities could hold Shell to account for its devastation through the UK Courts, [today's] ruling of a Dutch Court that Shell must slash its emissions in line with the Paris Agreement is another watershed moment for the accountability of the multinationals pursuing profit over life. The message to ReconAfrica is loud and clear. You will not get away with destroying the Okavango. The time to back out is now."

In one of the last interviews before the A-rated IPCC scientist passed away, Bob Scholes described how "Major new fossil fuel resource development, at a time when the world has overabundant supplies and an urgent need to reduce consumption, is not only morally and environmentally dubious - ZA it is also a stupid bet, because in the time needed to recover the investment there is unlikely to be a market."

The Dutch court ruling comes as pressure on fossil fuel finance is ramping up significantly, placing this Canadian-owned oil play on the wrong side of the International Energy Agency (IEA) which recently stated that in order to reach net zero carbon emissions by 2050 fossil fuel exploration must come to an end, along with spending on new projects. [4] Earlier this week, US president Joe Biden signed an executive order which will lead to a government-wide strategy to identify and disclose climate-related financial risks [5], just a few days after 36 Christian organisations from across the world announced their divestment from fossil fuels, appealing to global leaders meeting at the G7 summit in June to take more urgent action on climate change. [6]

"Faith leaders around the world are recognising our responsibility to care for the wellbeing of people and planet over and above financial profit. Why explore for more oil and gas when we know, for the sake of the earth, we have to stop burning it? Recon Africa's exploration in the Kavango region is outrageous. It is not only irresponsible, but wicked to seek for and exploit further fossil fuels when we know that global warming is causing devastation to people and planet. Whoever has invested in Recon Africa should withdraw from such a nefarious escapade," concludes Bishop Geoff Davies of SAFCEI (Southern African Faith Communities' Environment Institute (SAFCEI).

In a world where the climate narrative finally seems to be shifting at an unprecedented speed, pressure to step back from the boreholes is ramping up. ReconAfrica's tale is evidently turning into that of a company which may just be "striking oil" too late to strike it rich.

FFF's principal goal is to place moral pressure on policymakers, and demand they listen to the scientists, so as to take forceful action to limit global heating. FFF is independent of commercial interests and ideology and knows no borders. FFF protests for our planet and for each other. There is reason to hope humanity can change and avert the worst of climate disasters, and build a better future.

Established in 2019 Friday's For Future Windhoek seeks to raise awareness among Namibians of the Climate and Ecological Emergency. The locally lead youth organisation has rallied behind calls to stop oil and gas drilling in Namibia's treasured Kavango region to avert a true planetary disaster in our own backyard.

Anglican Church Condemns ReconAfrica for Drilling in the Kavango Basin

Next Story
Tagged:
Copyright © 2021 Greenpeace International. All rights reserved. Distributed by AllAfrica Global Media (allAfrica.com). To contact the copyright holder directly for corrections — or for permission to republish or make other authorized use of this material, click here.