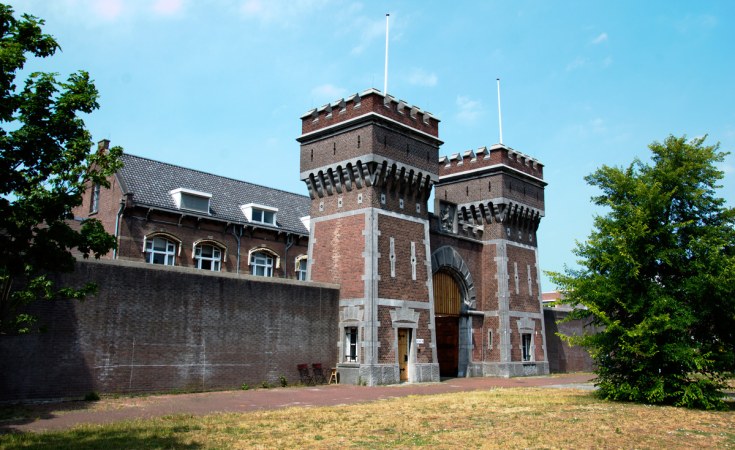 The Hague — During the closing arguments at the hearing to confirm* 31 charges of crimes against humanity and war crimes against the former Darfur janjaweed leader Ali Muhammad Ali Abdelrahman (also known as Ali Kushayb), before Pre-Trial Chamber II of the International Criminal Court (ICC) in The Hague, the Netherlands, Legal Representative of Victims Amal Clooney pleaded on behalf of the surviving victims of Kushayb.

She started her closing argument by stating that it was "an honour and a privilege" to address the court once again. She explained that her statement focussed on "the victims' views regarding the key issues that have arisen during this hearing", which concluded yesterday, a day earlier than planned.

Clooney said earlier that the 126 surviving victims whom she legally represents in the case have a lot of hope in what this ICC case can offer.

She stated that the office of the prosecutor provided "compelling grounds to commit this case to trial", which correspond to the views of the witnesses, and that the evidence was "certainly sufficient for purposes for confirmation" of the 31 charges of crimes against humanity and war crimes.

"As the evidence shows, the suspect in this case was not only commanding his men from afar nor merely present, but as the prosecution put it on Monday, he was a knowing, willing, and energetic perpetrator who would show no mercy to his victims".

"We have now heard a detailed account about his actions, commanding thousands of groups, choosing the routes for fighters, ordering them to shoot and kill, supervising arrests, and the loading of cars to execution sites, beating detainees with an axe and whip, and, when he felt like it, killing them."

"We heard his words: 'prepare their graves, just shoot, just kill' repeat for these people, 'maybe there are some we have missed', 'don't leave me one person alive', 'wipe out and sweep'. Your honour, these are merely illustrations and my submission is that the evidence is more than sufficient to meet the burden required at confirmation" Clooney stated.

She also highlighted that the prosecution promised to "100 per cent continue to investigate" with the view to potentially add more charges to the case, in response to some of the most important submissions she has made on behalf of the victims she represents.

"We heard his words: 'prepare their graves, just shoot, just kill' repeat for these people, 'maybe there are some we have missed', 'don't leave me one person alive', 'wipe out and sweep'"

With regards to the suspect's defence that there was a mistake in identity, Clooney stressed that there was plenty of evidence that proved this defence as false and said that she found this argument "rather difficult to understand". She stressed that all the witnesses and victims had presented "uncannily consistent stories".

She also explained that the victims were "elated to see him here". As one victim stated just this morning: "I have been following the hearing and the man sitting in that courtroom is Ali Kushayb exactly. We have seen him up close because he attacked and killed us" and added that "we, the victims, are ready to testify".

Clooney also countered other arguments presented by the suspect's defence, including the argument that this man could not be Ali Kushayb because Kushayb is a type of wine and this man is not a drunk.

She presented more arguments against the defence's claim that the suspect could not have now that "something bad was happening".

"Let us remember that the suspect is accused of hacking unarmed people to death with an axe, commanding men who shot people in the back as they ran away, inducing troops to rape young girls, torturing innocent farmers and young boys, and working with janjaweed to burn villages full of defenceless civilians to the ground", Clooney said.

Clooney ended her statement with two points that are important to the victims. "First, the victims have conveyed to me that accountability in this case means bringing the other suspects sought by the ICC to The Hague as well". According to Clooney, the prosecution has clearly shown that the janjaweed acted "pursuant to a state policy".

"We know that this court has approved arrest warrants for three of the top state officials, Al Bashir, Hussein, and Haroon" and that janjaweed has said that Al Bashir was "their god".

In the words of one victim, "I want those in power, who are in so-called prison, to be taken and put besides Ali Kushayb and held accountable for the same crimes".

Pleased to see Kushayb in court

Clooney further explained how pleased the victims were to see Ali Kushayb appear before court. "Since 2003, the perpetrators made us feel like we were in a box. Seeing the perpetrators before the court, we feel we will be free and get our rights back" one of Clooney's clients stated.

Clooney concluded her hearing by saying: "I stand with the victims in their march for justice and I urge you to move this case forward to trial. Thank you very much."

"I stand with the victims in their march for justice"

The purpose of the confirmation of charges hearing is for the judges to determine whether or not there is sufficient evidence to establish substantial grounds to believe that the suspect committed each of the crimes charged. If the charges are confirmed, in full or in part, the case will be transferred to a Trial Chamber, which will conduct the subsequent phase of the proceedings: the trial.

In accordance with Regulation 53 of the Regulations of the Court, the Pre-Trial Chamber shall deliver its written decision within 60 days of the date on which the confirmation hearing ends. The Pre-Trial Chamber may then either confirm those charges for which the Chamber has determined that there is sufficient evidence, and commit the suspect to trial before a Trial Chamber, decline to confirm those charges for which it has determined that there is insufficient evidence and stop the proceedings, or adjourn the hearing and request the Prosecutor to provide further evidence, to conduct further investigations or to amend any charge for which the evidence submitted appears to establish that a crime other than the one charged was committed.

The Defence and the Prosecutor cannot directly appeal this decision. However, they can request authorisation from the Pre-Trial Chamber to appeal it.

Office of the Prosecutor:

OCHA -151.300 People Around El Geneina Remain Displaced and Do Not Feel Safe to Return