Sierra Leone: Ebola Survivors - Their Health Struggles and How Best to Support Them 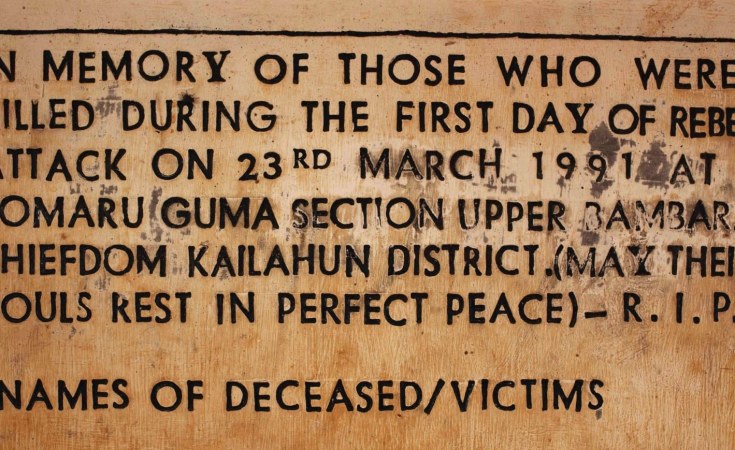 West Africa's Ebola outbreak between 2013 and 2016 was the most widespread in the history of the disease. By the end of the outbreak, more than 28,000 people were infected and 11,000 succumbed to the disease.

Despite the high number of deaths, the outbreak also had many survivors. More than 10,000 of those infected recovered. Various factors led to a better chance of survival, including early access to treatment, innate immunity, severity of symptoms and the number of virus particles in the body.

However, evidence from various studies shows that Ebola survivors continue to suffer even after the outbreak is over.

Despite research and interventions in this area, there's still a lot to learn about improving health and quality of life among Ebola survivors. Most research sets out to understand the health problems of survivors. Less is known about their experiences and challenges navigating the healthcare landscape.

We conducted a couple of studies among Ebola survivors in Sierra Leone to better understand how they seek healthcare solutions. We wanted to know why survivors chose to use, or not use, a range of healthcare services options available to them.

We conducted a survey among 358 Ebola survivors and also held focus group interviews.

Most Ebola survivors initially chose to seek care at conventional healthcare facilities, but almost half eventually turned to informal healthcare. This was due to several factors including the high cost of treatment, formal health facilities being far away, medical or surgical treatments not being available or because treatment did not seem to work. Ebola survivors also struggled with negative experiences with their healthcare providers, including neglect and verbal abuse.

Our findings highlight various challenges when it comes to managing the health of Ebola survivors.

First, because Ebola survivors try many healthcare avenues, it can create problems in managing their health. For instance, natural remedies (which users may believe are safe) can interact with other treatments or cause further health problems.

Second, the reliance on unprofessional sources of information can potentially delay access to essential care and encourage mistrust in the conventional healthcare system.

It is imperative that Ebola survivors have access to healthcare that is responsive to their health needs and is safe.

A lot of this can be supported by Ebola survivors themselves.

Ebola survivors must disclose their current and future use of informal healthcare options with their healthcare providers.

To achieve this, culturally appropriate, reliable and accessible information resources need to be developed. These include leaflets, wall charts, discussion posters, radio, theatre, and television material. In addition, there can be face-to-face communication through home visits by community health practitioners.

Ebola survivors in our studies felt abandoned, discriminated against, humiliated, ashamed and disrespected by the actions of their healthcare providers. This influenced their decision to seek more informal methods of care. Healthcare providers must be respectful, nonjudgmental and empathetic when interacting with survivors. This would create a relationship based on trust and foster effective communication.

Healthcare providers should also be aware that Ebola survivors may use informal treatment options and take the initiative to discuss this.

Finally, the way in which the current free healthcare programme is being delivered needs to be revised to cater for the health needs of Ebola survivors. This includes providing the necessary resources and training of healthcare professionals.

Previous Story
Govt, Donors Must Prioritize Mental Health to Address Legacy of War, Ebola - Report
Next Story
After Thirty Years of War, the Church Leads the Arduous Path of Reconciliation

After Thirty Years of War, the Church Leads the Arduous Path of Reconciliation