Rwanda: Basketball - Rwanda Placed in Group a in Afrobasket 2021 Finals 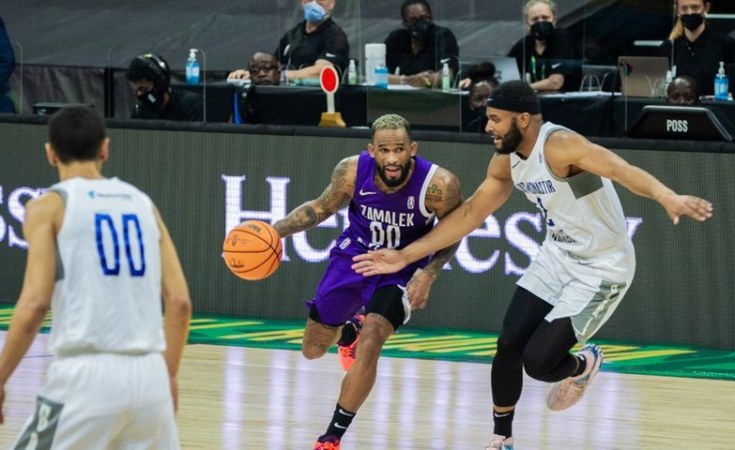 Cyril Ndegeya/Nation Media Group
Zamalek's Walter Hodge in action against Tunisia’s US Monastir during the Basketball Africa League (BAL) final match at Kigali Arena on May 30,2021.
The New Times (Kigali)
By Damas Sikubwabo and Eddie Nsabimana

Rwanda has been pooled in Group A in the Afrobasket 2021 finals that will take place from August 24 to September 05 in Kigali.

The hosts, currently coached by Senegalese tactician Sheikh Sarr, were drawn in the same group alongside DR Congo, Angola and another team that will finish 3rd in Group E (between Morocco, Cape Verde and Uganda).

This year's African national team championship will see 16 national teams lock horns in Kigali. They were drawn into four groups of four teams each, as per the seeding, which were assigned based on the FIBA World Ranking men.

14 teams have so far secured their qualification ahead of the competition while tickets for the two remaining spots remain up for grabs between either Morocco, Cape Verde or Uganda which are drawn in Group E of the Afrobasket qualifiers.

With Egypt already qualified after finishing top of Group E, the trio will know their fate when the last round of the Afrobasket qualifiers resume in July after they were suspended due to health concerns related to the covid-19 pandemic.

Host nation Rwanda, defending FIBA Afrobasket champions Tunisia, first and second runners-up Nigeria and Senegal were picked as top seed of the groups during the draw.

The group stages, which take place on August 25-26, will see two teams from each of the four groups advance to the Knock-Out Phase (Quarter-Finals, Semi-Finals and Finals).

The Third-Place Game and the Final will be played on September 5.

The top five teams from the competition will book the ticket to represent Africa to the 2023 FIBA Basketball World Cup slated in Japan, Philippines and Indonesia from Aug 25 to Sep 10, 2023.

The draw as it stands: