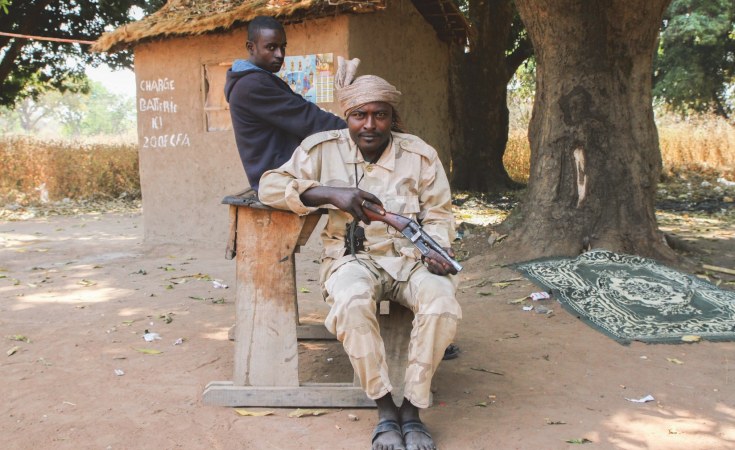 The Chadian government has accused the Central African Republic (CAR) of killing six of its soldiers in an attack on an outpost in the south of the country, branding it a "war crime" that could "not go unpunished".

The attack took place in the early hours of Sunday, when heavily armed men fired on a post manned by 12 Chadian soldiers near Chad's 1,000-km border with CAR.

"The Central African armed forces attacked the outpost of Sourou in Chad on Sunday morning...they killed a Chadian soldier, injured five and kidnapped five others who were then executed in Mbang on the Central African Republic side," Chad's Foreign Minister Cherif Mahamat Zene said in a statement on Monday.

"This extremely serious war crime, this premeditated murderous attack, planned and carried out within Chad...cannot go unpunished," the statement, relayed on Twitter, said.

Central African soldiers were pursuing rebels from one of the many armed groups operating in the country across the border, a senior Chadian security official told AFP, speaking on condition of anonymity.

The rebels were members of Unity for Peace in Central Africa (UPC), one of CAR's most powerful armed groups, which is part of a coalition seeking to topple the regime of President Faustin Archange Touadera, the official said.

As of Monday morning, Central African authorities had not responded to media requests for comment. The country has been wracked by instability since a 2013 rebellion ousted former President Francois Bozize.

Foreign minister Zene said Chad would "call the international community to bear witness" to what he branded a "serious aggression", notably MINUSCA, the UN's 12,000-strong peacekeeping force in CAR, as well as the African Union and the Economic Community of Central African States (ECCAS).

But it has failed in its attempt to oust the president, who was re-elected in late December.

The rebels have been pushed out of large towns in recent months, in part thanks to military support for the Central African army from hundreds of Russian paramilitary fighters from the Wagner Group, a private military contractor.

In an interview on Sunday, French president Emmanuel Macron said the Wagner Group was instrumental in whipping up anti-French sentiment in CAR.

"The anti-French discourse is legitimising the presence of Russian mercenaries at the highest levels of the state," Macron told the Journal du Dimanche. "The Wagner Group is holding President Touadera to ransom... by getting control of mines, and via that, of the political system."

Independent UN experts have recently raised the alarm over Russian mercenaries from the Wagner Group.

In March, it said it was "deeply disturbed" by the connections between Russian mercenaries and a series of violent attacks that have taken place in the CAR since elections in December.