Nigeria: #TalkYourTruth - a Campaign to Secure the Right to Freedom of Expression

On many occasions, Nigerian authorities have continued to respond with violence and threats to individuals and groups who express dissenting opinions. Law enforcement agencies often fail to protect the right to freedom of expression, endangering the lives of those who dare to criticize authorities, those in power or institutions.

"The #TalkYourTruth campaign is aimed at protecting the right to freedom of expression and documenting cases of intimidation, arrest or threats to those who express opinions government, people or group of people may find offensive. Government must tolerate unfavorable views and see critical voices as the good citizens exercising their human right," said Osai Ojigho

Yahaya Shariff Aminu 21, remains in detention following an initial death sentence imposed on him for sharing an audio considered 'blasphemous' via WhatsApp. Salihu Tanko Yakassaipopularly known as Dawisu was unlawfully detained by Nigeria's secret police DSS for a tweet lamenting increasing insecurity; by condemning the kidnap of over 300 schoolgirls. Jaafar Jaafar, an investigative journalist fled Nigeria following threats to his life for exposing alleged corruption in government.Abubakar Idris (Dadiyata) a critic of Nigerian government was abducted by gunmen at home in Kaduna on 1 August 2019. His whereabouts is still unknown.

"With the launch of the #TalkYourTruth campaign, we are urging the Nigerian authorities to show tangible commitment to freedom and also to immediately and unconditionally drop frivolous charges against those persecuted solely for exercising their rights to freedom of expression. Those who express opinions others find offensive must be protected from the threats of state and non-state actors. Intimidating radio and television stations that broadcast critical opinions with threats of fine or closure must end. It is the duty of authorities to ensure that people can freely express critical opinions, without fear of reprisals," said Osai Ojigho

#TalkYourTruth is the second phase of Amnesty International Nigeria's freedom of expression campaign aimed at protecting and promoting freedom of expression. Recent years saw increasing attacks on dissenting voices and in some cases intimidation by security agencies for merely expressing critical opinions, especially on social media. 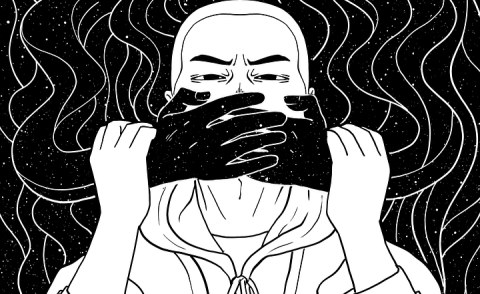 Nigerian Govt Suspends Twitter
Tagged:
Copyright © 2021 Amnesty International. All rights reserved. Distributed by AllAfrica Global Media (allAfrica.com). To contact the copyright holder directly for corrections — or for permission to republish or make other authorized use of this material, click here.