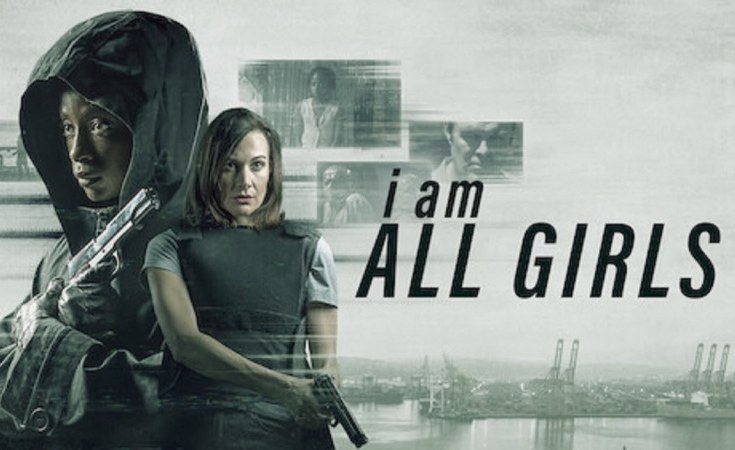 Netflix
I Am All Girls movie - A relentless detective finds common ground with a killer systematically targeting the perpetrators running a powerful child-trafficking ring.
allAfrica.com
By Melody Chironda

Cape Town — The issue of human trafficking has been explored so many times in different blockbusters across the world, but when the topic is so close to home, it just gives you the chills.

The Netflix film, I Am All Girls, is based on real events that unfolded in South Africa in the 1980s. The film explores a notorious human trafficking ring that involved powerful politicians in the apartheid government. The movie is based on the true story of Gert Van Rooyen who was a South African pedophile and serial killer. He allegedly abducted 6 young girls between 1988 and 1989. Van Rooyen and his partner, Joey Haarhoff, were widely believed to have abducted and murdered many girls from age 9 to 16. The last victim, Joan Booysen, is said to have escaped capture and alert the police.

They were never brought to book for the crimes and they died by suicide before police could arrest them. Gert Van Rooyen's son Flippie claimed that three former National Party ministers were also involved in child trafficking and worked with his father.

The film takes inspiration from Gert van Rooyen's story. I Am All Girls highlights the horrors of human trafficking and the devastation it leaves on the victims. Set during multiple timelines in South Africa - both during the apartheid days and the present - the film follows two detectives as they race against the clock to bring down the heads of a child trafficking ring.

In the movie, Gert de Jager (J.P. du Plessis) is in police custody and confesses on tape that he abducted six girls who were never found. de Jager had been working for a corrupt National Party Cabinet minister FJ Nolte (played by Deon Lotz). Nolte sold the girls to Iranian sheiks in exchange for oil to bypass sanctions and kept his favorites for his own twisted satisfaction. After he had "used" them for his needs, he would then sell them to low-end brothels.

Years later, Ntombizonke Pabai (Hlubi Mboya) one of the victims resolves to take her revenge. Ntombi is now working for the police where she teams up with Detective Jodie Snyman (Erica Wessels) to investigate murder cases of mutilated bodies of pedophiles and traffickers. Detective Snyman discovers that these murders with initials carved into the chests are connected to Gert de Jager's sex trafficking crime case that she'd been investigating, and the chase begins. Through flashbacks, Ntombi shares her journey - being trafficked to sex work - to becoming a forensic detective and a vigilante.

Trafficking is a reality in South Africa. High levels of poverty and inequality, leaving many vulnerable to exploitation.  Traffickers prefer to trick and trap victims by misleading them with false promises of well-paid jobs or educational opportunities. The cases reveal how traffickers exploit their victims. Human trafficking is the recruitment, transportation, transfer, harbor, or receipt of persons, using threat, coercion, abduction, or fraud, for the purpose of exploitation, according to the United Nations.

Mboya says she's proud of how the film successfully honored the stories of missing girls and real-life trafficking survivors, according to an interview with CapeTalk. The actress says "it was important to approach the topic of child sex trafficking with sensitivity and care."