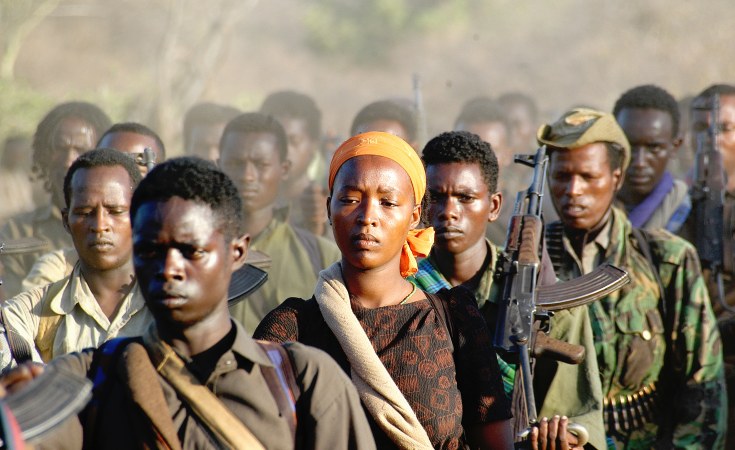 Addis Abeba — The Oromia Regional Government denied the allegations made by the Oromo Liberation Front (OLF), as well as residents of wollega about Eritrean soldiers committing atrocities in the Oromia region. In an interview with BBC Afaan Oromo, the spokesperson of Oromia regional government, Getachew Balcha said "The government of Oromia hasn't deployed a single Eritrean troop in the region." adding, "The allegations are far from the reality on the ground." He emphasized that his statement pertains to the Oromia region but not the rest of the country.

A resident of Horo Guduru Zone, Abay Choman woreda told BBC Afaan Oromo that 'armed forces dressed in ENDF uniforms and speak Tigrinya' were persecuting civilians. "They are freshly deployed to the area. They beat and detain civilians at random and commit robbery in a manner never seen before." the eye witness said, adding, "They must be Eritrean Soldiers." This is consistent with OLF's statement that claimed that Eritrean Soldiers are stationed in the military base known as the 4th Camp in Horro Guduru Zone, Abay Chomen, specific location of Finchaa Sugar Factory.

However, according to Getachew, the security forces deployed in Oromia are Ethiopian National Defence Forces, Oromia special forces, Oromia police, Federal police and Oromia militias. "There are no directives to deploy Eritrean soldiers in law enforcement operations in Oromia." Getachew said, and accused those who made the claim of being displeased by the support the Ethiopian government has in Oromia. He went on to say "It is in fact forces of 'Shene' [a term used by government officials to refer to the Oromo Liberation Army] who are donned in Eritrean Military uniform and persecuting the community." adding, "They dress up in uniforms of the ENDF, Oromia Special Forces or Eritrean troops." Getachew further explained, "Since these forces are backed by TPLF, they are dressed in different uniforms and can speak Tigrinya and other languages."

The spokesperson of Oromia Regional Government disclosed that upon their arrest, it was discovered that these forces were deployed by the TPLF. "After they are under arrest, we find out that they are individuals who are not Oromo and can't speak Afaan Oromo posing as though they are fighting for Oromos." Getachew underscored, "These armed forces were assembled by Getachew Assefa." Getachew stood firm on his statement, "This is all an attempt to tarnish the reputation of Oromia Regional Government."

The statement from the OLF detailed the brutalizing of civilians based on information the party said it received from local residents. The statement said it has 'tangible evidence' that many battalions of Eritrean soldiers were deployed to Horro Guduru, Kellem Wollega, West Wallaga, Guji, and Borana Zones of Oromia region as well as the Metekel zone (Benishangul Gumuz) region. AS