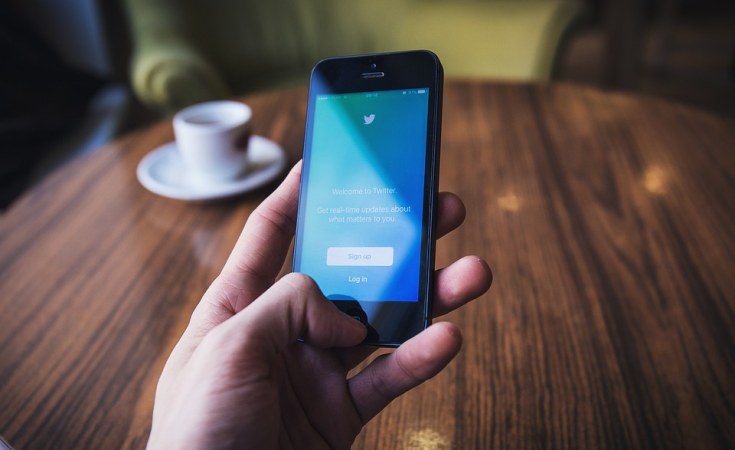 Mr Buhari in a tweet on Tuesday threatened to deal decisively with those "bent on destroying Nigeria through insurrection".

Many Nigerians flooded the social media space on Wednesday to criticise President Muhammadu Buhari following Twitter's removal of his controversial tweet many believed was targeted at Igbo-dominated South-eastern region of the country.

The reactions to Twitter's verdict had shot Mr Buhari to the position of the second most trending Nigerian topics on the microblogging site as of the time of filing this report on Tuesday.

PREMIUM TIMES reported how Twitter deleted Mr Buhari's tweet which was seen as a veiled threat to the South-east region.

He issued the threat in reaction to escalating violence across Nigeria, especially in the region.

"Those of us in the fields for 30 months, who went through the war, will treat them in the language they understand," he wrote on Tuesday.

The president's tweet generated furore as many Nigerians accused Mr Buhari of making a comment which opened the wounds of the Nigerian civil war which claimed millions of lives.

In reaction to Twitter's action, the federal government said "it is suspicious of Twitter's mission in Nigeria".

"The mission of Twitter in Nigeria is very very suspect. Has Twitter deleted the violent tweets that Nnamdi Kanu has

the account of former president of US, Trump. And you see, when people were burning police stations and killing policemen in Nigeria during ENDSARS, for Twitter, it was about the right to protest.

"But when a similar thing happened on the Capitol, it became insurrection. You see, we are not going to be be fooled by anybody. We have a country to rule and we will do so to the best of our ability. Twitter mission in Nigeria citing those two examples is very suspect. What is their agenda?"

Many Nigerians stormed the social media to criticise Mr Buhari.

One of these is Ekiti State former governor, Ayodele Fayose, who said Twitter's action showed how "powerless Mr Buhari is on social media".

his tweets? Or Twitter will just delete our President's tweets just like that and there won't be consequences?

"Nigeria is boiling everywhere and all that the President can do is to be threatening genocide up and down? Now that Twitter has dealt with our almighty President Buhari, won't he "deal" with Twitter too? Like Trump, like Buhari.

"It is obvious that those using the President's powers for him do not know when and where to stop their power-madness. Regrettably, Twitter may not know that Buhari is not the one operating the handle. Can our President operate Android Phone not to talk of making genocidal tweets?"

See other reactions below:

See how happy many have been on this bird app after realising Jack deleted Bubu's genocidal tweets.

RT for our uncle Jack

It's really disappointing we wanted #Buhari speak, now he's spoken something unheard of & has been dealt with. He might be the next Trump on this bird app.

Twitter has removed Buhari's tweet that roused the ghosts of Biafra and stated it violated their rule. It's distasteful, ill-intentioned and shouldn't be defended by anyone who respects the wisdom of our parents who signed that the war was one with neither victors nor vanquished.

Expect cronies to talk about Twitter is interfering with Nigerian politics. Rather than see through their bias and how nonsense that tweet was.

General @MBuhari is not fit to be Nigeria's leader. He is a Northern irredentist. Even in the North, his loyalty is to his tribe, to the exclusion of other Northern ethnicities. Look at his threat of war against the SE. I'm ashamed of our leadership#TwitterSuspendBuharisAccount

The likes of Tolu Ogunlesi, Bashir Ahmad will now have to re-read their notes before punching the tweet button. More than the President's handler, they know what it means to have one or two strikes from Jack's Twitter.

You have a country to rule? Rule? You have a people do lead, a country to lead, not rule but I don't expect anyone under General Buhari to know the difference. https://t.co/Cvr5CNAABR

Lai Mohamed and the Federal Govt should continue to cry about the removal of Buhari's genocidal tweet.

But if Lai Mohamed needs a bucket to cry in, I hope somebody gets it across to him.

Since we haven't tasted democracy since 2015, twitter has given us a lil taste of it.

Lai Mohamed and the Federal Govt should continue to cry about the removal of Buhari's genocidal tweet.

But if Lai Mohamed needs a bucket to cry in, I hope somebody gets it across to him.

We Are Suspecting Twitter's Role in Biafra Agitation - Govt