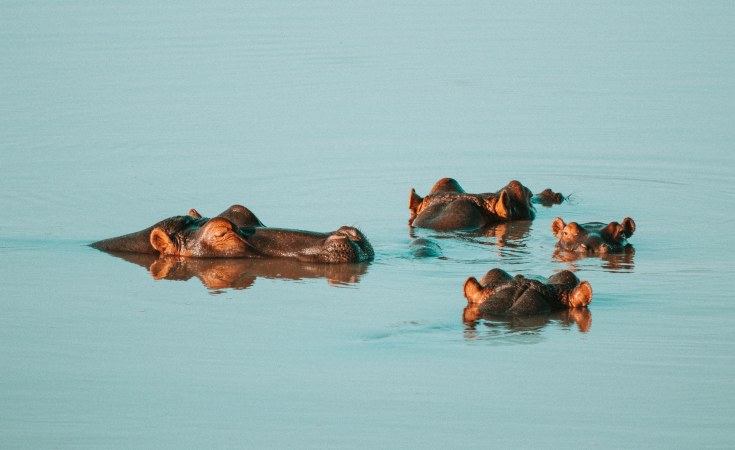 From puffins nesting off Britain's coast to penguins marching across Antarctica and monkeys swinging from trees in the Amazon, all are among species most under threat from global warming, green group WWF warned ahead of World Environment Day.

The "Feeling the Heat" report identified 12 species in danger should temperatures rise above 1.5 degrees Celsius - the lowest goal in the 2015 Paris Agreement on climate - which scientists have warned the world is off track to meet.

As rising temperatures warm the ocean, push up sea levels and drive more frequent and intense extreme weather - including heatwaves, floods, droughts and wildfires - many animals and plants are struggling to adapt to their changing habitat.

"Nature is our life support system, and its continued destruction is not only devastating local wildlife and communities, but creating a hotter, less stable planet, putting our very survival at risk," said Mike Barrett, executive director of science and conservation at WWF-UK.

If average temperatures exceed the higher global goal in the Paris pact and reach 2C above preindustrial times, a range of natural ecosystems will be permanently damaged, he warned, "leading to the extinction of even more species across the globe and risking the lives of millions more people worldwide".

Limiting warming to 1.5C will be impossible without urgently halting nature loss around the world, the report added.

Ahead of World Environment Day on June 5, intended to raise global awareness on green issues, here are some of the much-loved animals, insects and plants already feeling the harmful effects of rising heat, according to the WWF report:

Known as the "clown of the sea", the Atlantic puffin may not delight bird lovers for much longer if oceans keep heating up.

The birds lead a solitary life at sea, feeding and travelling, but return to land for a few months each year to breed. Britain provides a vital nesting habitat for them in the summer.

Over-fishing has already severely shrunk their food source, while high winds and heavy rainfall affect their ability to dive and find food.

During the breeding season, extreme weather can chill the eggs while storms destroy nests with chicks.

The largest of all living penguin species is uniquely adapted to living in the extreme cold of Antarctica.

Emperor penguins are vulnerable to changes in sea ice and their breeding success depends on the ice being just right for their needs.

They require gaps in the sea ice to access feeding grounds, but also a thick, stable platform for raising their chicks.

Although emperor penguins can relocate to other breeding sites, this will not protect them very far into the future, given projected decreases in sea ice. They also lack agility, so relocating onto land is not an easy option.

Among the most important pollinators, bumblebees generate heat while flying and their fuzzy bodies act as a warm coat. With these special features, they thrive in cold climates.

But they are susceptible to over-heating and a warming world is pushing them to live in temperatures they cannot tolerate.

They have been hit hardest in hotter places, including Mexico and Spain. But even in relatively cool regions, such as Britain, bumblebees have been declining too.

Shrinking bee populations have been linked to heavy pesticide use and habitat loss caused by land conversion.

Snow leopards have roamed the high, remote mountains of Central and South Asia for more than 2 million years.

Now threatened by poaching, habitat destruction and conflicts with people over livestock, it is estimated there are as few as 4,000 snow leopards left, across 12 countries.

Warming temperatures are altering the felines' mountain climates, with snow leopard habitat projected to decline by 23% by 2070 without global action to cut greenhouse gas emissions.

Hotter conditions risk hiking other threats, like enabling people and livestock to move higher into the mountains, setting the stage for greater conflict between snow leopards and humans.

Found in rivers, lakes and wetlands across sub-Saharan Africa, hippopotamus populations have been falling in the last few decades.

Hippos are known as ecosystem engineers, influencing the freshwater systems they depend on for their survival.

But they face multiple threats, including habitat destruction, poaching for meat and ivory, and persecution due to conflicts with people.

As large, mainly aquatic animals, hippos are not well adapted to high temperatures out of water, making them vulnerable to drought conditions that can cause severe dehydration and even death.

Primates play a vital role in maintaining biodiversity, by spreading the seeds of trees that help forests grow, in turn storing carbon and regulating global temperatures.

Climate change is predicted to make the homes of many Amazon primates inhospitable. They face challenges as they disperse, encountering barriers such as rivers and roads, or discovering deforestation has left them isolated from the nearest habitat.

The monkeys' home is expected to be almost completely destroyed due to increased water levels, higher temperatures and extreme flooding driven by climate change.

Coffee producers grow two main species - arabica and robusta - with the former accounting for about 60% of global production. Arabica thrives at average annual temperatures of 18-22C, and can tolerate temperatures up to 24C.

But it does not cope well with warming conditions, low or unpredictable rainfall, and extreme weather.

Exposure to hotter temperatures damages coffee plants, which become more vulnerable to pests and diseases that are thriving in a warming climate such as the coffee leaf rust fungus.

Other species featured in the WWF report are the mountain hare, bluebell, leatherback turtle, Darwin's frog and tropical coral.