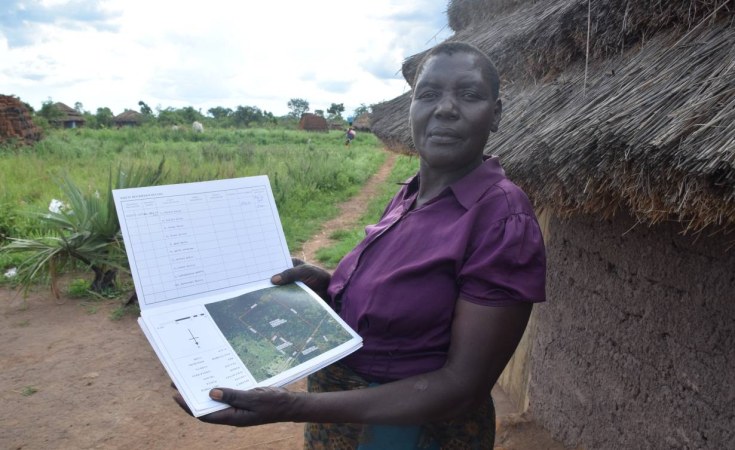 Pader, Uganda — Giving titles to landholders is meant to bring security and economic benefits - but some cultural leaders say it undermines the idea of customary land itself

More than 75% of Uganda's land is under customary tenure

When the residents of a northern Ugandan village heard about a plan to document their land, they worried it was going to be stolen.

But after photographing the land in Owele and taking coordinates, government officials gave people there something they never had before: pieces of paper proving the land they lived on was theirs.

The lush grasslands of Owele, in Pader district, are regulated by clans, families and tradition, and before then had no formal land titles.

Santa Otyeka, a 73-year-old parish leader, said her new land ownership document stopped her brothers-in-law from taking her land after the death of her husband.

"You, as an individual, are now in possession of your land," she said, clutching a small folder with a map of her plot. "There is nobody who can trespass."

Since 2015, the government has issued more than 25,000 Certificates of Customary Ownership, or CCOs, giving customary landholders documentary evidence of their tenure with the aim of reducing land conflicts and improving the financial security of rural families.

But cultural leaders say the government's attempts to document customary land clashes with traditional concepts of what property is and who gets to define it.

The notion of "ownership" misunderstands the way customary land is held in trust for past, present and future generations, said Ambrose Olaa, prime minister of Ker Kwaro Acholi, a cultural institution that represents the Acholi people.

"It changes the understanding of land, from it holding an intrinsic value to it holding more of a material and commercial value," he told the Thomson Reuters Foundation.

More than three-quarters of all land in Uganda is held under customary tenure systems, according to government figures.

The concept of certifying customary land is outlined in the 1995 constitution, which gave legal recognition to customary tenure for the first time.

The certificates are designed to be cheap and easy to obtain, said Dennis Obbo, spokesman for the land ministry.

Instead of a full land survey, as is required for freehold titles, local administrators need only create a sketch map of the land - although increasingly they use GPS mapping, he noted.

"It doesn't require anybody to have an agent, an advocate, a lawyer," Obbo said. "You can speak for yourself."

As well as granting tenure security, the documentation also turns land into a tradable asset, he said.

"It was one of the best ways to go if we are to (increase) productivity and investment and also ensure that we involve the locals, (giving them) a stake as landowners," said Obbo. 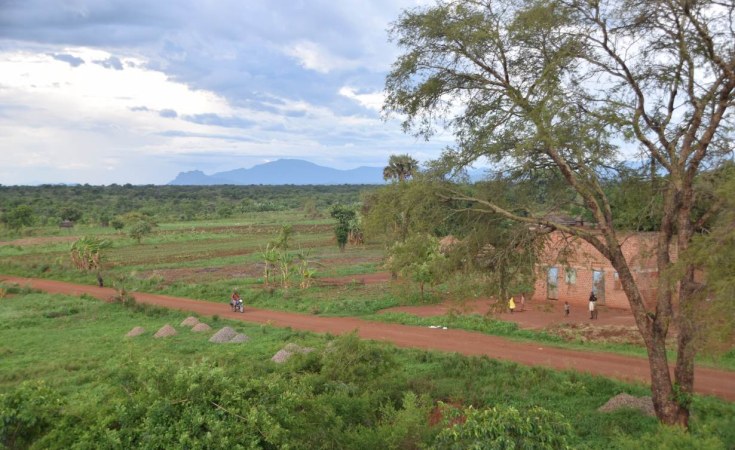 Isaac Kasamani / Thomson Reuters Foundation
The landscape in Pader district, Uganda, on May 5, 2021.

He added that the certificates allow people to use their land as collateral for bank loans.

Jimmy Ochom, the Ugandan land rights coordinator for the charity Oxfam, said the certificates could allow villagers to be better compensated if their land is taken for factories, commercial farming and infrastructure projects.

"If the land is titled, the value attached to that land is higher than that without a title," he said.

"If the only economic source for most of our poor people is their land, then we must wake them up to (the realisation) that they should use their land productively to be able to move out of poverty."

The certificates can also help women protect their inherited land from being taken by people from outside their community, Oxfam found in a study published in March.

But, the report notes, the CCOs offer less protection against "insiders" - such as in-laws who try to take land from widows.

Nearly 60% of Ugandan widows said they had experienced a land dispute when surveyed in 2019 by the Hague Institute for Innovation of Law, a social enterprise.

Even so, Otyeka, the parish leader in Owele, said her certificate has earned her recognition from the community.

In the past, "they would say women have no rights," she said. Now, "the land of my grandparents has all been written in my name."

The uptake of CCOs has been slow, in part due to the cultural gap between the workings of the government and the practices of rural life, land rights experts said.

"The state system and the customary system are really very different. It's like trying to change a mango into an orange," Judy Adoko, a land rights campaigner based in northern Uganda's Lango sub-region, said in a phone interview.

Adoko worries that documentation will result in customary land being individualised, converted to freehold and sold off.

Obbo, the land ministry spokesman, described that critique as "diversionary" and said that nobody is forced to get a CCO.

Another sceptic is Father Joseph Okumu, a Catholic priest who led a committee on land issues for the Joint Acholi Sub-Region Leaders Forum, a group of politicians and civil society leaders.

"Who certifies ownership?" he asked, pointing out the historical role of clans in regulating land.

"I thought my great-grandfather would certify that 'this is your land'," he said. "Instead, the government is coming to say 'I give you a certificate'."

After childbirth, Acholi women traditionally bury the umbilical cord in the centre of the homestead, he said.

"Land is considered a mother. Therefore, leasing land, where you bring in money, it's like selling your mother."

And yet, Okumu said traditionalists like him are fighting a losing battle against those who see land as a marketable asset.

"Society is changing... and people here are absolutely unprepared," he said. "But, of course, the world economy doesn't have patience."

Previous Story
Next Story
Leasing Land - Laying Out the Process

Leasing Land - Laying Out the Process 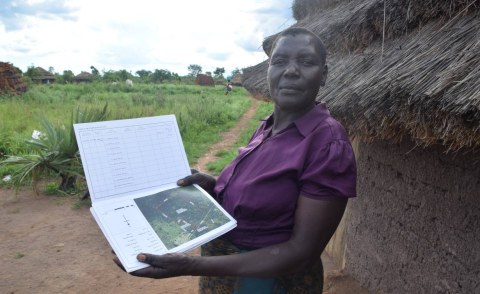 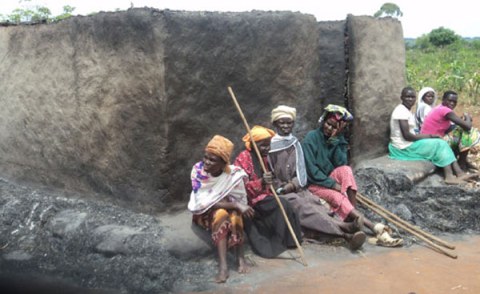 Why Land Conflicts Are Rampant in Uganda
Tagged:
Copyright © 2021 Thomson Reuters Foundation. All rights reserved. Distributed by AllAfrica Global Media (allAfrica.com). To contact the copyright holder directly for corrections — or for permission to republish or make other authorized use of this material, click here.