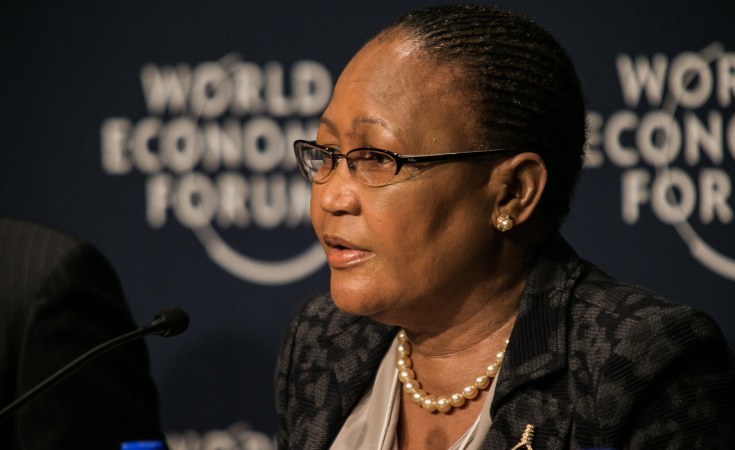 Gaborone — The University of Botswana (UB) has confirmed the passing away yesterday of its chancellor, former Bank of Botswana (BoB) governor, Ms Linah Mohohlo, 69.

Born February 13, 1952, Ms Mohohlo rose to national prominence as the first female governor of BoB after serving the country's central bank with distinction for many years.

After a stint at Radio Botswana, the then 24-year-old Ms Mohohlo joined BoB in 1976, the year Botswana introduced the national currency, Pula, following the country's withdrawal from the Rand Monetary Area.

Having risen through the ranks in BoB's operational and policy areas over a 23-year period, Ms Mohohlo was appointed governor and chairperson of the board in 1999.

Following in the footsteps of Quill Hermans, Benton Leavitt, Festus Mogae, Charles Kikonyongo and Baledzi Gaolathe, Ms Mohohlo served as BoB governor for a record 17 years between 1999 and 2016 before being replaced by Mr Moses Pelaelo.

Upon retirement from BoB, she was appointed coordinator of the Selebi Phikwe Economic Revatilisation Programme.

Ms Mohohlo sat on the boards of different major corporations in Botswana among them Diamond Empowerment Fund, Diamond Trading Company of Botswana and Debswana Mining Company.

Internationally, she served the International Monetary Fund (IMF) in various roles including as non-executive director and member of the financial committee representing the IMF Africa Group 1 comprising 23 Anglophone African countries.

Ms Mohohlo was appointed an Eminent Person in 2002 by the then UN secretary general Mr Kofi Annan responsible for overseeing the evaluation of the UN New Agenda for the Development of Africa.

Another UN secretary general, Mr Ban Ki-moon appointed her a member of the High Level Panel on Humanitarian Financing in 2015.

She at one point held membership of Commission for Africa and Bill and Melinda Gates Foundation Committee on Financial Services for the Poor.