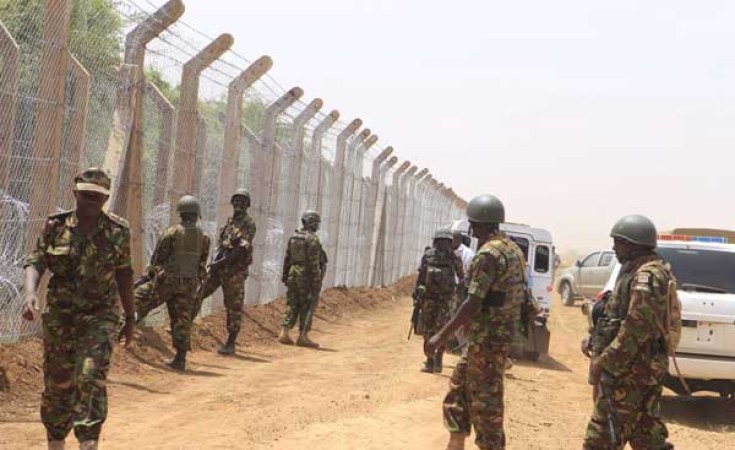 The African Union Mission in Somalia (Amisom) has promised to investigate allegations that the Kenya Defence Forces (KDF) killed civilians in Gedo during an aerial raid on Al-Shabaab militants.

In a statement on Saturday evening, the Mission said it will check if the KDF, who are a part of Amisom, violated the operational code in the raids.

"The Mission shall fully investigate the alleged incident and the findings shall be shared with all relevant stakeholders," Amisom said.

Earlier on Saturday, Kenyan government officials directed inquiries to the Amisom, which they said is the custodian of all operational protocol for troops serving under the Mission in Somalia.

The allegations arose after Somalia vehemently accused Kenya Defence Forces of failing to observe due diligence in aerial raids targeted at the militant group based in the country.

In a statement, Somalia's Ministry of Foreign Affairs and International Cooperation protested what it called "continual Kenyan airstrikes that kill and maim civilians".

Mogadishu alleged that aerial raids by KDF have been killing and maiming of "women and children".

Mogadishu specifically named recent airstrikes it described as "indiscriminate" that occurred in El Adde and Hisa-u-gur in Gedo region, Jubbaland State, on the June 3, 2021 as the most recent example.

"(Such actions) will not contribute to efforts towards stabilising and confronting extremism but only further radicalise communities in support of extremism," the statement added.

"It's to be noted, the Republic of Kenya's leadership intransigence and inability to uphold the standard expected of the KDF in line with its obligations under international law is the reason behind the deterioration of diplomatic relations that led to the FGS (Federal Government of Somalia) severing all diplomatic ties with the Republic of Kenya."

Somalia had severed ties with Kenya in December 2020, accusing Nairobi of interfering with its internal affairs, including what it alleged as training 'militia' in Somalia. Kenya at the time denied the allegations and a team sent by Djibouti, under the arrangement of the Intergovernmental Authority on Development (IGAD) said it found no evidence.

Somalia, however, rejected the findings, and threatened to leave the IGAD. Last month, however, Somalia announced it will resume diplomatic ties with Kenya based on "mutual respect and non-interference." It hasn't, and, in fact, Nairobi has since banned commercial flights between the two countries.

Usually, aerial raids, or any raid under Amisom, are conducted in consultation with the command of the Mission which provides certain obligations for the protection of civilians.

"The Mission is currently engaged in gathering information on the reported incident and we shall work closely with the federal government of Somalia, Ministry of Foreign Affairs and International Cooperation, and all other relevant stakeholders as we investigate the matter," Amisom said.

"The Mission is committed to investigate all allegations of rights violations that are levelled against troops under its command in Somalia."

Somalia argued the raids amounted to breach of those obligations under Amisom whose mandate it said was to fight against militant extremists in the country.

The new allegation could worsen relations between the two countries, although only the AU Peace and Security Council, with mandate from the UN Security Council, can decide on the structure of the Mission. Usually, Amisom itself routinely tables reports on investigations into civilian killings. It was unclear if it was investigating Kenya's raids last week.

The Kenya Defence Forces, who entered Somalia in 2011 to pursue Al-Shabaab kidnappers of aid workers, formally rehatted to Amisom in 2012, after taking Kismayu in a collaboration with the Ras Kamboni Brigade.

"He praised the soldiers for their diligence to serve and for their tenacity in ensuring long-term peace in Somalia and the region," an Amisom statement said.