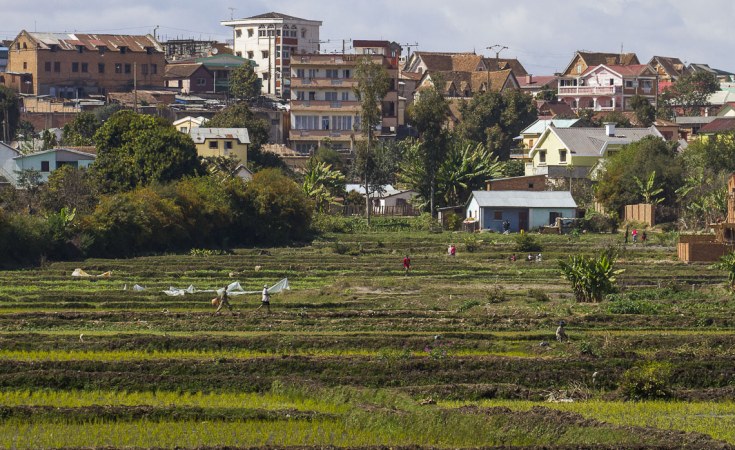 Madagascar is known as one of the planet's hottest of biodiversity hotspots, a nation rich in colourful plants, rare animals and a bounty of ecosystem diversity from rainforests to mountains and turquoise seas with coral reefs. Our many endemic species such as lemurs and various birds and frogs regularly appear on David Attenborough's programmes, something of which we are all very proud.

Socio-economically, however, nature's riches have not increased the country's economic capacity. Madagascar is regressing, moving down the ranks of the UN Human Development Index more than ten places in the past nine years.

In the capital, Antananarivo, poverty is certainly present in stark contrast with the fancy cars of the better off. Outside the capital, the story changes. Here, most people manage with what they have at hand.

The power of natural resources has become a double-edged sword. On the one hand, each political crisis allows a wider impunity in the illegal exploitation of resources. On the other, natural resources are central to political stability with farmers and fishers relying on the fruits of the land and sea to supply their basic needs.

It is precisely in this context, that the 'Malagasy resilience' has taken root and allowed us to progress as a nation.

Despite their good intentions, a lack of continuity within the state has made policy implementation challenging

Successive governments have shown their commitment to environmental protection making international commitments such as tripling terrestrial and marine protected areas and developing laws and policies that protect the environment.

Despite their good intentions, a lack of continuity within the state has made implementation of these policies challenging. Before a policy can be put into action the government has often changed or a new minister been appointed so the process starts all over again.

In 2018, the minister in charge of fisheries pledged to establish a fishing zone that prohibited industrial fishing to protect the rights of local fishers. To this day, the project remains in the pipeline as the minister pushing for change was replaced. From here, the waters get murkier.

What is missing is a clear view on the kind of development aid we should accept, and the trade-offs involved in selling off our natural resources

Complex threats such as foreign industrial fishing are difficult to deal with as they involve deals often tied up with development aid provided by the same countries fishing in our waters. What is missing is a clear view on the kind of development aid we should accept, and the trade-offs involved in selling off our natural resources.

Beyond government, civil society and NGOs play an important role. A strong conservation movement has emerged with much to boast about, from the introduction of strict protected areas to the promotion of a community-based management of natural resources and market-based solutions such as carbon credits.

Unfortunately, dedication alone cannot pay the bills. Some of our efforts fail at the implementation stage, as international funding goes more toi innovation than long-term initiatives.

Resilience of communities is the most impressive as they have increasingly been put at the centre of terrestrial and marine conservation. Protecting the environment can mean accepting restrictions on farming or fishing grounds or having to fine neighbours to enforce conservation rules. Despite these and other hardships such as food shortages, droughts and cyclones, local people have not walked away from their commitment to protect the environment. Unfortunately, we are still a long way from understanding the resilience strategies of local communities as they have not been systematically recorded.

Resilience has not necessarily led to progress. It is time to assess what has been achieved or not and why. We need to consolidate lessons learnt and strengthen ongoing efforts rather than constantly looking for innovation. We need to pay more attention to the elephants in the room such as the geopolitics of foreign aid or the role of global markets in exploitation of resources such as sharks or rosewood.