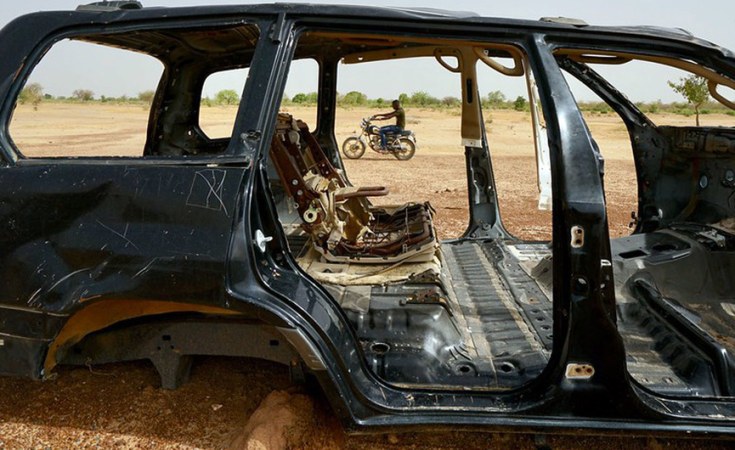 Suspected jihadists have massacred at least 138 civilians in the north of Burkina Faso in the deadliest attacks since Islamist violence erupted in the west African country in 2015, officials said Saturday.

The United Nations chief Antonio Guterres' spokesman said that he was "outraged" over the massacre.

President Roch Marc Christian Kabore has announced three days of national mourning until Monday evening, in memory of those killed in one of the worst attacks the country has seen.

"We must remain united and solid against these obscurantist forces," Kabore said, condemning the massacre in the village of Solhan as "barbaric" and "despicable."

"Several injured have succumbed to their wounds and new bodies have been discovered. The still provisional toll is 138 deaths," one local official said Saturday evening, adding that many bodies were found in mass graves.

Solhan, a small community around 15 kilometres from Sebba, the main city in Yagha province, has suffered numerous attacks in recent years. It is near the borders with Mali and Niger, where jihadists linked to Al-Qaeda and Islamic State have been targeting civilians and soldiers.

The area is known for its gold mining, and is a melting pot of people from different tribes, nationalities and regions, according to the mayor of Sebba Hamadi Boubakar.

The assailants arrived at around 2am on Saturday morning on motorbikes and targeted a position of the Volunteers for the Defence of the Motherland (VDP), an anti-jihadist civilian defence force which backs the national army.

Boubakar told the press that the attack was indiscriminate in terms of victims, and that the assailants killed anyone in their path.

They pillaged the town, then burnt cars and shops before escaping several hours before national security forces arrived, he said.

United Nations chief Antonio Guterres' spokesman said that he was "outraged" over the massacre.

Guterres "strongly condemns the heinous attack and underscores the urgent need for the international community to redouble support to Member States in the fight against violent extremism and its unacceptable human toll," Stephane Dujarric said in a statement, offering Burkinabe authorities the UN's "full support".

Jean-Yves Le Drian, the French foreign minister, expressed his compassion and condolences with a message on social media. He reiterated France's support for the country in its fight against terrorism in the Sahel region.

Opposition leader Eddie Komboigo demanded that "the massacre of our people, we never tire of repeating, must stop unconditionally. Every measure must be taken to protect the Burkinabe" people.

The attack by suspected jihadists came hours after another attack Friday evening on Tadaryat village in the same region in which 14 people were killed, including an armed volunteer who had come to help them.

Since 2015, Burkina Faso has struggled to fight back against increasingly frequent and deadly jihadist attacks from groups including the Group to Support Islam and Muslims (GSIM) and the Islamic State in the Greater Sahara (EIGS).

The attacks first started in the north near the Mali border, but have since spread to other regions, particularly in the east.

Around 1,400 people have died and more than a million have fled their homes.

More Than 160 Killed in Attack on Northern Village 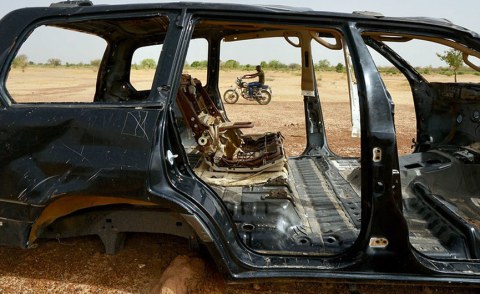 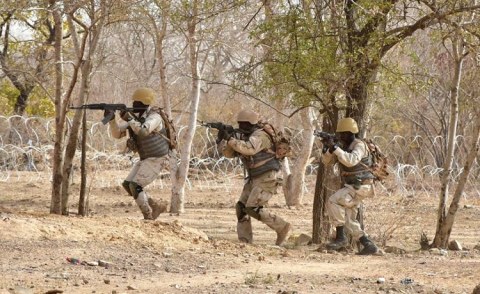 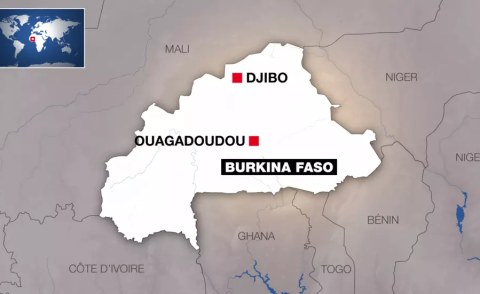 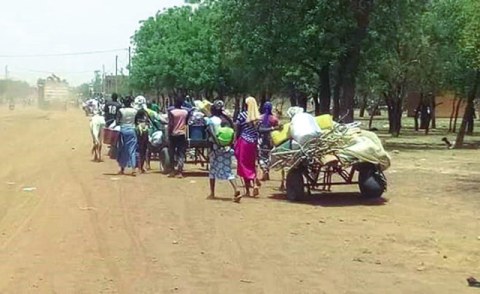 Burkina Faso Village Emptied As Thousands Flee Violence
Tagged:
Copyright © 2021 Radio France Internationale. All rights reserved. Distributed by AllAfrica Global Media (allAfrica.com). To contact the copyright holder directly for corrections — or for permission to republish or make other authorized use of this material, click here.