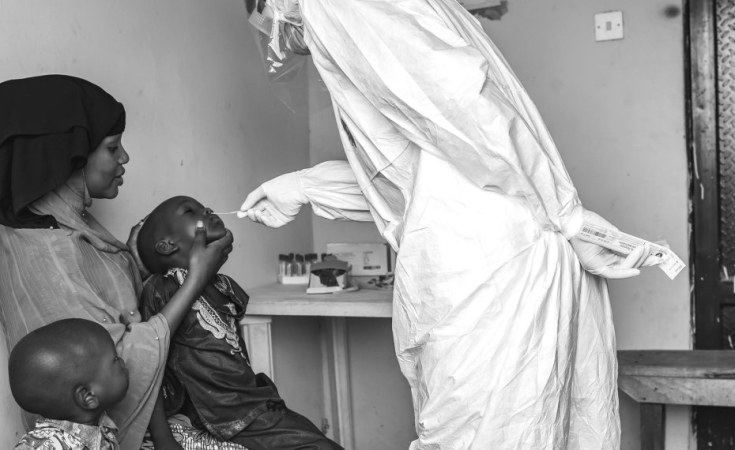 NCDC/Twitter
A family is being tested for COVID-19 in Nigeria.
Premium Times (Abuja)
By Ebuka Onyeji

However, the ban has caused a delay in accessing the infections' daily tally from the disease centre.

The suspension of the microblogging site, Twitter, by the Nigerian government may already be taking its toll on the operations of some government agencies and parastatals.

The Nigerian Centre for Disease Control (NCDC), which usually updates the country's daily statistics of the pandemic on its official Twitter handle before doing same on its website, failed to do so on Saturday.

The development was in compliance with the directive by the government which placed a ban on the operations of the microblogging site on Friday.

However, the ban has caused a delay in accessing the infections' daily tally from the disease centre until later on Sunday morning when the website was uploaded with the daily figures.

Contacted to find out if the ban on Twitter would have any effect on the promptness of the COVID-19 update which has been effective using Twitter, the NCDC director, Chikwe Ihekweazu, did not return calls to his phone or respond to texts Sunday morning.

The agency said the 26 new cases raised the total infection in the country to 166,756.

Again, no death was reported on Saturday as the fatality toll remains 2,117 in total.

About 410 persons were discharged after treatment in the last 24 hours raising the total recoveries in the country to 162,994.