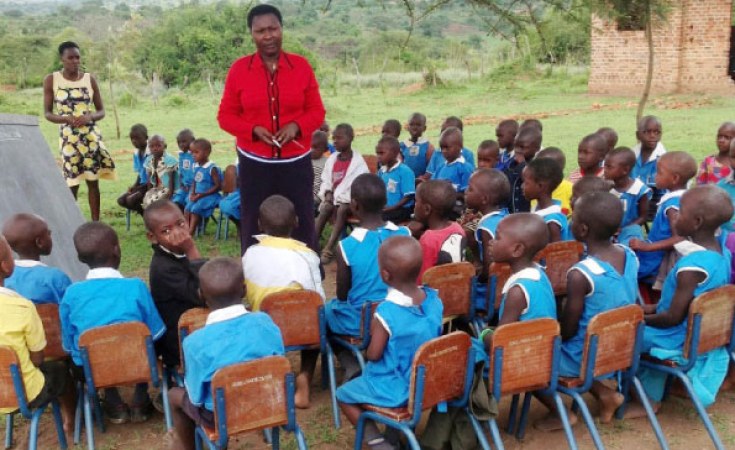 The Ugandan government on Sunday closed down schools and worship centres and suspended public gatherings for six weeks to fight a new wave of Covid-19.

In an ongoing televised speech, Ugandan President Yoweri Museveni says the measures are meant to cushion the country from a new wave of Covid-19, which has included all the new variants from South Africa, Indian and the UK.

Uganda reported 1,259 new cases out of 7,289 samples tested on Saturday, making the total cases found in the country to be 52,935. There have been 383 deaths overall and some 634 cases were currently hospitalised in the country.

Schools which had reopened for second term on Monday will now be closed and worship centres like churches and mosques will also be shut. He also suspended public gatherings including political meetings, except for cabinet sittings and emergency government committees including those of parliament.

The Ugandan leader, whose country had lifted much of travel and movement restrictions in February, admitted that poor compliance to public health guidelines, forged travel certificates and what he called concealment of the status of health in some schools had conspired to raise the number of infections.

Since March, he said some 948 cases of Covid-19 were detected in 43 schools in 22 districts across the country. They included the capital Kampala, Guku, Masaka and Oyam, which accounted for six in every ten new infection in schools and colleges.

"I would like to remind you all that COVID-19 control and prevention is a responsibility of everyone. I therefore urge all Ugandans to adhere to SOPs; wash hands with soap and water frequently, wear face masks, social distancing, avoid mass gatherings, avoid touching mouth, nose and eyes.

Since March, Uganda had reported new variants among travellers returning to the country. They included the Indian variant (B.1.617), the South African variant (B.1.351) and the UK variant (B.1.1.7) which are more aggressive, he said.

Here is a list of measures announced on Sunday:

Schools and colleges closed for 42 days

Public transport from one district to another suspended for 42 days, starting June 10, to allow learners to return home. Cargo trucks and tourist vans exempted.

Bars and entertainment clubs closed for 42 days. Sports to continue without spectators at venues, and athletes have to test regularly

Only up to 30 percent of workers to be present in offices, the rest to work from home, except in services critical

Marriage ceremonies, funerals, vigils must not have more than 20 people, House parties banned

Travel from India and other category A countries suspended. Travellers returning from India to be refused entry unless a returning Ugandan

Curfew to run from 9pm to 5.30am. Bodaboda must close from 7pm

Museveni Delivers His State of the Nation Address