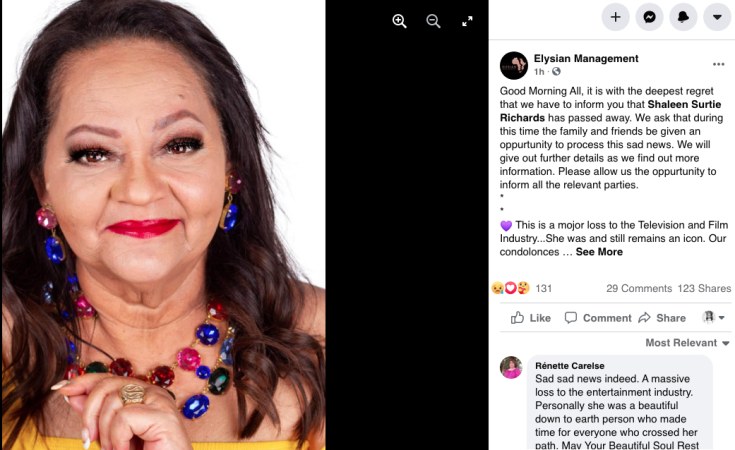 Minister of Sport, Arts and Culture, Nathi Mthethwa, has paid tribute to veteran actress Shaleen Surtie-Richards for delivering her performances with heart and soul.

Surtie-Richards passed away on Monday at the age of 66.

"Surtie-Richards invested her heart and soul into every character she portrayed. Her warmth and sense of humour were infectious and her talent won her international recognition," Mthethwa said.

Born in Upington, Northern Cape, on 7 May 1955, Surtie-Richards was most famous for her roles such as 'Mattie' on SABC 1 Soapie Generations & 'Nenna' in the long-running M-Net hit series eGoli: Place of Gold.

She received many awards during her decades-long career, including a Lifetime Achievement Award at the 2014 Royalty Soapie Awards.

While Surtie-Richards was known for her extensive career in the performing arts, she qualified as a nursery school teacher and taught children before making her debut as an actress.

"We will remember her with great fondness for her iconic roles in hit films such as Fiela se Kind, Mama Jack, Treurgrond and Vaselinetjie. Most recently, she starred in the KykNet series, Arendsvlei. She turned every role she touched into an audio-visual masterpiece," the Minister said.

The Department of Sport, Arts and Culture has conveyed its heartfelt condolences to her family, friends and colleagues.