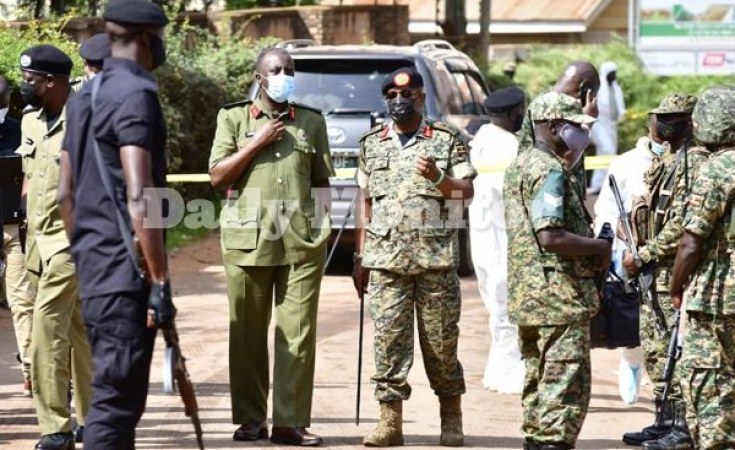 Uganda President Yoweri Museveni has appeared to blame his Transport Minister Katumba Wamala for 'making mistakes' that led to his recent attempted assassination.

Wamala narrowly survived death last week when unknown assailants on motorbikes sprayed his official car with bullets reported to be 56 when he was traveling at a Kampala suburb.

The assailants killed his daughter Brenda Nantongo and driver Haruna Kayondo, but the Minister, a retired senior army official, and his bodyguard survived.

"In the case of Gen. Katumba he also made some mistakes because apparently, he was moving without a follow car. He was moving with one escort and a driver. I didn't know that. A four-star general should be having a follow car. But even then the bodyguard reacted and that's how the killers ran away. Two people died but he (guard) saved the General and himself," explained Museveni.

The President, who earlier described the assailants as 'pigs' and vowed to bring them to book, has also assured Ugandans the country is safe.

"When something like this happens it is because the whole country was relaxed. We are now mobilized. The assailants did their terror using our laxity. We are mobilized. When you provoke us and we wake up, we will get you," he warned.

Police had by Monday yet to arrest any suspects.