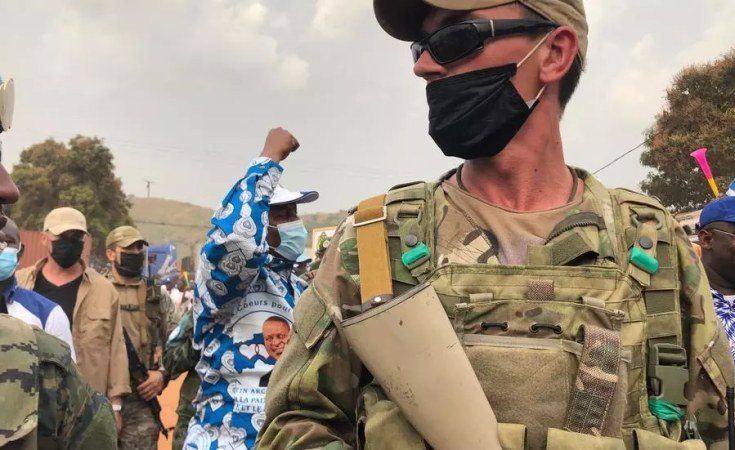 France has suspended financial support and military cooperation with the Central African Republic, accusing it of backing out of political commitments, and of being complicit in a Russian-backed disinformation campaign targeting France's presence in Africa.

France "is the target of a massive disinformation campaign in CAR," a French foreign ministry source, who asked not to be named, told the AFP news agency.

The source considers Russia to be at the origin of the campaign, but that "the Central Africans are at best complicit".

France also accuses CAR of not respecting its political commitments. When he was elected in December, president Faustin-Archange Touadéra had pledged to France and other European partners to open dialogue with the opposition, which rejected the results of the election.

Instead, many opposition members are being detained. Opposition lawmaker Anicet-Georges Dologuele, who reportedly was blocked from leaving CAR to go to France in March.

In response, the French foreign ministry said that ten million euros in budgetary aid to the CAR government would be "suspended until further notice". The money is used to pay public employees.

France will continue to provide some six million euros of humanitarian aid and projects benefiting the population of CAR, one of the poorest countries in the world.

In April, five French military advisers were called back to France, and the training of the CAR military by French troops stationed in Gabon has been suspended.

France will leave about a hundred soldiers as part of the European Union EUTM-RCA force that is training the CAR military, as well as a dozen troops participating in Minusca, the 12,000-strong United Nations peacekeeping force in the country.

Russia is considered to be at the origin of disinformation campaigns that have sparked virulent street protests against France's presence in its former colony.

In December, Facebook removed three networks of fake accounts, two based in Russia, one in France, which it said were being used for interference campaigns in Africa, including in CAR.

Russia has increased its influence in CAR since 2018, when it sent weapons and instructors to train the army.

NGOs and others who have seen the instructors say that they are in fact mercenaries with the Wagner Group, a secretive Russian security company, who are participating in the fight against rebels in CAR.

In an interview in the weekly Journal du Dimanche at the end of May, French president Emmanuel Macron accused the Wagner group of interfering in CAR, which has "allowed the legitimising of a presence of predatory Russian mercenaries" by top levels of government.

The United Nations has raised concerns about the role the Wagner Group and other Russian security companies are playing in CAR.

Previous Story
Next Story
Next Steps for Supporting Peace and Stability in Chad, Central African Republic and Cameroon

Next Steps for Supporting Peace and Stability in Chad, Central African Republic and Cameroon