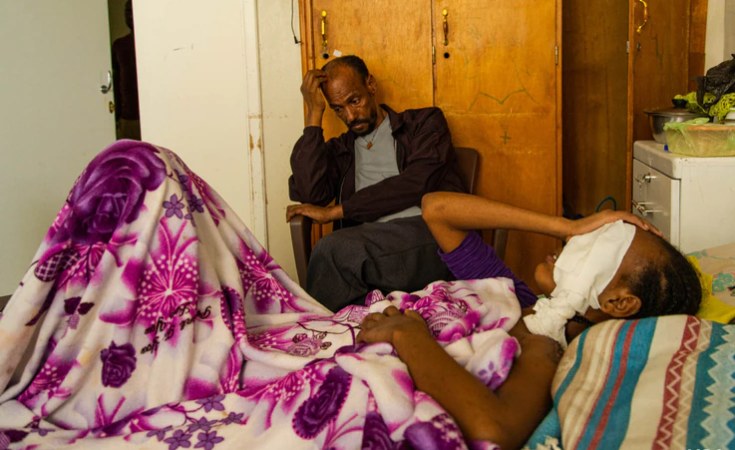 Yan Boechat / VOA
Beriha Gebray, 15, in hospital after being shot in the face by an unknown sniper, in Mekelle, Ethiopia, June 4, 2021. She lost her left eye and is blind in her right eye.
Voice of America (Washington, DC)
By Heather Murdock

Mekelle, Edaga Hamus, Ethiopia — Fifteen-year-old Beriha lost one eye in the war and was permanently blinded in the other.

And like many of the children hospitalized in Mekelle, the capital of Ethiopia's Tigray region, she traveled for weeks to get here. Children in the ward had been shot, knifed or hit by shrapnel from heavy artillery. Some lost limbs from stepping on landmines.

"She and her cousin went out to play in the yard," said her father, Gebray Zenebe. "Suddenly, they saw people running. They also ran, and they were both shot."

Gebray and Beriha traveled from town to town searching for a functioning health care center. When they arrived at Ayder Referral Hospital in Mekelle, it took three days for Beriha to regain consciousness. She was shot in the right cheek, and the bullet exited through her left eye.

The only medical treatment she received before reaching the hospital was water to clean the wound.

The Tigray region has been at war since November 2020. Doctors Without Borders says less than 15% of health care centers are operating normally. Most have been looted, and many have been damaged. 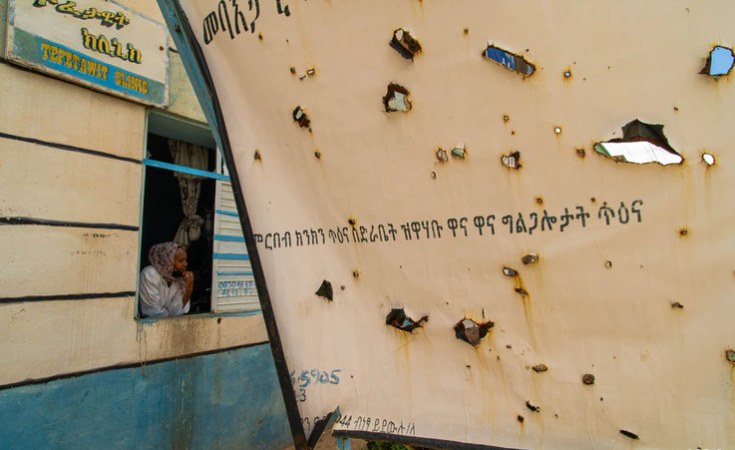 Yan Boechat / VOA
Nurse Tefetawit Tesfay waits for patients in her damaged and looted clinic in Edaga Hamus, a small town that has been the stage of battles during the ongoing conflict in the Tigray region, in Ethiopia, on June 5, 2021.

"While some looting may have been opportunistic, health facilities in most areas appear to have been deliberately vandalized to render them nonfunctional," the organization said in a statement in March.

After the fighting stopped in Edaga Hamus, Nurse Tefetawit Tesfay emerged from where she was hiding just out of town. She went to her clinic on the main road from Mekelle to find a burned-out tank, bullet-riddled signs and dead soldiers on the streets. Like so many others, her clinic was empty.

"I came and the door was opened," she said. "The glass (was) broken, and the equipment (was) stolen."

Patients, including children and victims of rape, still come to her with war injuries, but there is very little she can do.

"Emergency medicine (was there)," she said, sifting through what was left in her cabinets. "It was stolen, and some in here. Infusions and dressing, suturing, all the equipment (was) stolen." 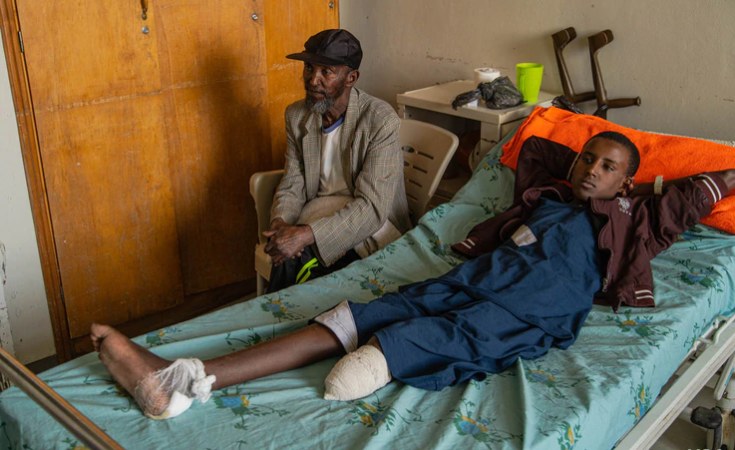 Yan Boechat / VOA
Michaele Kahsay, 16, who was injured by artillery fire and lost the lower part of his left leg, in Mekelle, Ethiopia, June 4, 2021. His brother was also injured and did not survive.

Tefetawit said she refers patients to the few hospitals in the main cities, where medical workers say they are short of supplies in every department.

Mussie Tesfay Atsbaha, administrative chief and business development director of Ayder Referral Hospital, said that because of ongoing battles and road closures, only a small percentage of injured people make it to the city for treatment.

"If one person comes, they will tell us 20 or 30 couldn't make it," he said Monday in his office.

Likewise, parents say for every child survivor in the hospital, many more children did not make it.

Michaele Kahsay, 16, was at the school where his father worked as a groundskeeper when it was hit by heavy artillery. Michaele lost the lower part of his left leg. His brother, 19, was killed in the attack. 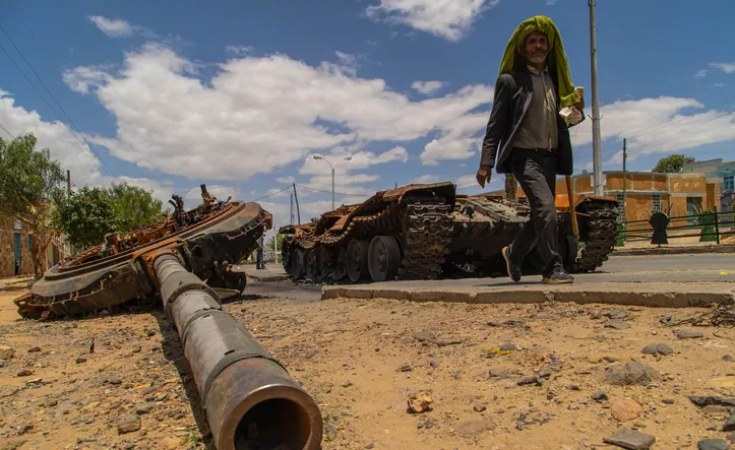 Yan Boechat / VOA
A man passes by a destroyed tank on the main street of Edaga Hamus, in the Tigray region, in Ethiopia, on June 5, 2021.

Michaele looked listlessly at a photograph of his brother. Before the coronavirus, before the war, there was school. Michaele was good at mathematics and wanted to be a doctor, he said. Now, he also wants revenge.

Michaele, like many people in Tigray, said the region is under attack by federal forces, Eritrean soldiers and militias. The government said it is fighting the Tigray People's Liberation Front, not the people of Tigray, as the group continues to stage attacks after losing control of most of the region.

The Ethiopian government also said "it takes very seriously" its responsibility to alleviate the suffering of people in Tigray.

But at the hospital, parents said the people are reeling -- short of food and electricity and in constant fear of new battles. Farm fields have been abandoned, and roughly 2 million people have fled their homes.

"How can I farm in these conditions?" said Gebray, Beriha's father. "Look, she is here. And my wife and other three children are missing. I don't know if they are alive or dead." 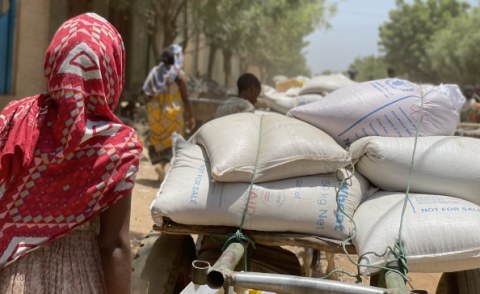 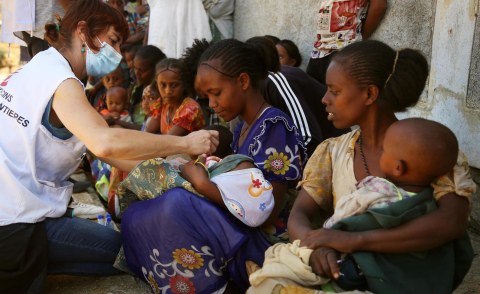 End the Carnage - U.S. to UN Security Council on Tigray Crisis
Tagged:
Copyright © 2021 Voice of America. All rights reserved. Distributed by AllAfrica Global Media (allAfrica.com). To contact the copyright holder directly for corrections — or for permission to republish or make other authorized use of this material, click here.