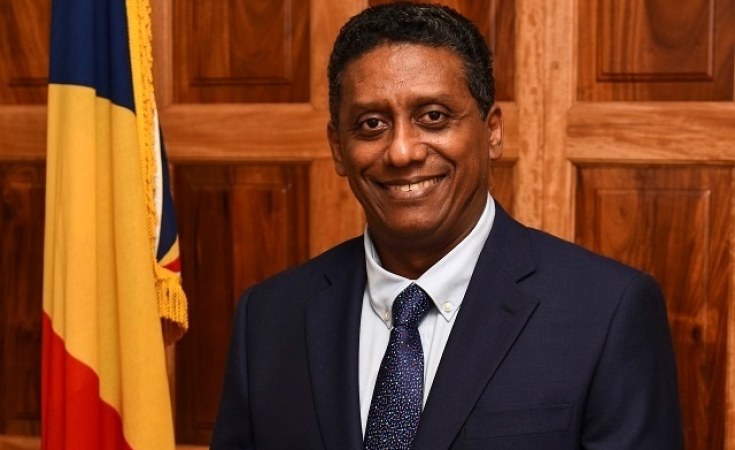 A former President of Seychelles, Danny Faure, has launched a new foundation to contribute to the island nation's sustainable development and to join the global community in its efforts to achieve a more sustainable and healthy planet.

In his address at the launch ceremony on Tuesday to coincide with World Oceans Day, Faure said, "We are convinced that humanity must do everything to protect the ocean which is the beating blue heart of our planet. The Danny Faure Foundation will be at the forefront of this noble undertaking to help fix our planet."

He said that "during my presidency, Seychelles achieved a historical milestone on May 26, 2019 when we legally designated one third of our ocean territory as a marine protected area, 10 years ahead of the global target of 30 percent ocean protection in 2030. With this achievement we hope to inspire and that others will follow."

Faure was the president of Seychelles from October 2016 when he took over from President James Michel who resigned. In October 2020 he lost the election to the current President, Wavel Ramkalawan.

The Danny Faure Foundation focuses on five pillars: the ocean, the Blue Economy, governance, leadership and the youth.

As the Foundation is both nonprofit and nonpolitical, Faure said it "will seek the support of local and international organisations to fund the various programmes relevant to the five pillars."

Loustau-Lalanne, who is the Vice Chairman, said that "my association with the Seychelles Islands Foundation (SIF) for over 25 years gives me the urge to continue to build on the many achievements especially in the field of the Blue Economy and the sustainability and protection of our islands and Oceans. We need to provide proper leadership and encourage our youths to be the leaders of tomorrow in this challenging world we live in."

For his part, former Ambassador Ronny Jumeau, who is a great advocate of the environment, said that by putting the Blue Economy at the top of Seychelles and international agendas, Faure has signaled to the world, especially island, coastal and ocean states that this is where our future wealth and security lie.

"Transparency, good governance and accountability were the defining themes of Faure's presidency, as were national unity and reconciliation to the extent that it changed the way we do politics and govern in Seychelles," said Jumeau.

Jumeau said that the future state of Seychelles, an archipelago in the western Indian Ocean, lies in the state of its young people in whom Faure passionately believes.

"True to this, Seychellois youth have proven time and again that they are ahead of their elders on critical issues of the day - especially as guardians of a harmonious, if not sacred, bond with the natural wealth around us, which is the foundation of our economy," he added.