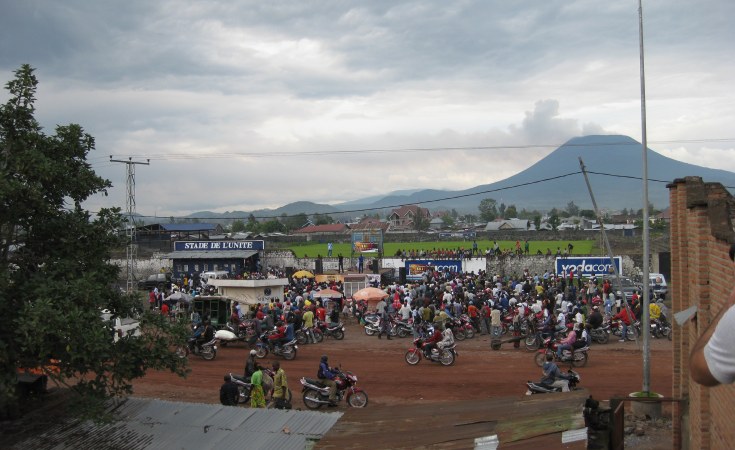 Advantage Lendl/Flickr
The city of Goma with Mount Nyiragongo in the background.
The New Times (Kigali)
By Moïse M. Bahati

Many feared that the volcanic magma would run over the densely populated border city.

The first batch of Internally Displaced People (IDPs) left Sake town which is within 30 kilometres north of Goma aboard 33 buses and at least five trucks, Radio Okapi, a Congolese radio station reported on Tuesday evening.

The situation has improved in Goma after back-to-back earthquakes that followed the eruption of Mount Nyiragongo last month, subsided, and DR Congo Prime Minister Jean-Michel Sama Lukonde said on Monday that the IDPs will be returning home in a phased exercise.

At least 400,000 people fled Goma to Sake over a fortnight ago, following the eruption of Nyiragongo. At least 14,000 of others had crossed into Rwanda, mainly in Rubavu.

The fleeing was in anticipation of a second eruption, which never came to pass.

The following days were marked by successive tremors in Goma and Rubavu District on the Rwandan side. Mild quakes were felt as far as Kigali and other parts of Rwanda.

Most of those who had settled in emergency camps in Rubavu have returned home, with less than 400 remaining in Busasamana, according to Rubavu District officials.

Following the eruption of Nyiragongo, at least 35 people died from burns or asphyxiation.

Located in North Kivu Province, Goma area has a population of around two million people.