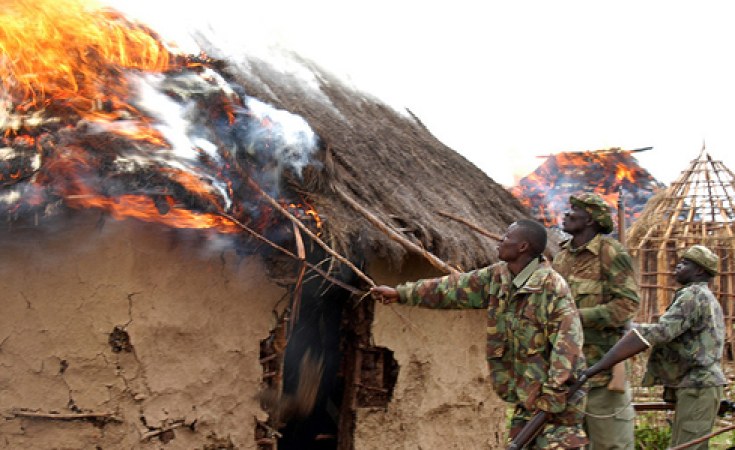 The Ogiek community living at Chepkitale in Mt Elgon Forest have sued the government for evicting them from their ancestral land and gazetting it as the national game reserve.

The community claims that the government erred by evicting them from the land which they had resided on since 1932 after the colonialists drove them out of their farms in Trans-Nzoia.

Through 11 petitioners, led by Peter Kitelo, who appeared before the lands and environmental judge Boaz Olao sitting at Mabanga Farmers Training Center (FTC), the community wants the government to de-gazette the national game reserve and also compensate them for loss of property which they incurred during the eviction.

Mr Kitelo told the court that the Ogiek community had nowhere to live after the Kenya Forest Service (KFS) and Kenya Wildlife Service (KWS) together with the police evicted them in 2016.

"The community has suffered a lot for the last eight years and now wants justice to be done to them," said Mr Kitelo.

Another petitioner, Mr Johnson Ngeywo, said the community has nowhere to call home.

He said his both parents were buried at Chepkitale and that according to their culture he was not supposed to abandon their graves.

"My parents died in 1948 after living here for the whole of their lives, so there is no way I can abandon their graves" said Mr Ngeywo.

Mr Ngweyo said the community depends on Mt Elgon Forest for their livelihood which is mainly through cultivation, bee-keeping, hunting and gathering.

"We believe its a taboo to move Ogieks out of the forest as they will die. We and the forest are one thing," he said.

However, Prof Nixon Sifuna, who was representing KWS, said the Ogieks can still practice bee-keeping and other agricultural activities outside the forest.

The population of the Ogieks of Mount Elgon is about 18,000 while 3,000 of them still live on their ancestral land in Chepkitale.

The community said that they have rights to their lands as recognised in Article 63(2)(d)(ii) of the Constitution of Kenya.

The petitioners said the community was first evicted from lower lands and restricted to higher mountain forest areas after the lower lands were taken by British colonialists for farming.

The forests were then gazetted as protected areas and a tiny part up on the moorlands was set aside as a native reserve.

From the year 2000, the community has heightened its grievances after the final part of their land in the native reserve was gazetted as Chepkitale Game Reserve, following the conversion of other parts as Mount Elgon National Park in 1968.

Mr Davis Ndiema, a member of the community, said that the Ogieks have been evicted from all these areas except Chepkitale, to where they have kept returning after every eviction.

"Every community member has been subjected to evictions. Personally, I have been evicted on three occasions. Others have been many more times," he said.

Mr Ndiema said these evictions have broken many families in the community.

"Many acts of violence have been committed during these evictions, including burning of our houses, destruction and confiscation of our belongings," he said.

Mr Ndiema said that another negative impact has been the lack of access to medicinal plants.

He said that as a result some community members have since become farmers.

The community also faulted their Member of Parliament, Fred Kapondi, for allegedly giving them a deaf ear on these matters. 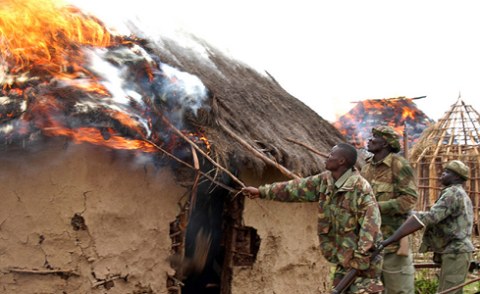 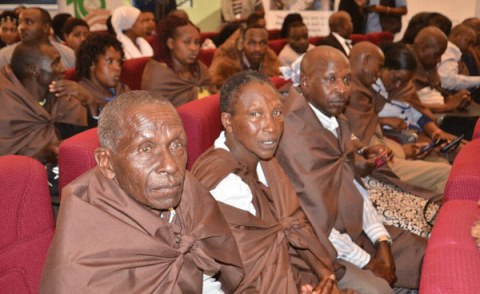 Indigenous Group Ogiek Wants Kenyan Govt to Honour Court Ruling
Tagged:
Copyright © 2021 The Nation. All rights reserved. Distributed by AllAfrica Global Media (allAfrica.com). To contact the copyright holder directly for corrections — or for permission to republish or make other authorized use of this material, click here.