Nigeria: PDP to Buhari - Don't Take Credit for Projects Initiated By Past Govts

In his interview with Arise TV, aired on Thursday, Mr Buhari spoke about his administration's achievements in the last six years and other national issues.

The Peoples Democratic Party (PDP) has accused President Muhammadu Buhari of laying claims to some projects conceived and set in motion by past presidents elected on its platform.

It said most of the projects of the current administration identified as achievements were either initiated or completed by the three successive governments of Olusegun Obasanjo, Umaru Yar'adua and Goodluck Jonathan.

The party made this allegation in reaction to Mr Buhari's interview with Arise Television.

The interview was aired on Thursday.

"On Infrastructure, it is ludicrous to us in the PDP that Mr. President can disingenuously seek to subtract the deliverables achieved by past PDP administrations from his so-called achievement on infrastructure," the PDP noted in a statement signed by its spokesperson, Kola Ologbondiyan.

While many have acknowledged Mr Buhari's infrastructural strides in the last six years, the PDP insisted that the current administration has underperformed in numerous ways compared to the previous administrations and he failed to admit those failures.

"We want to inform President Buhari, since he is not always aware, that successive governments elected on the platform of the PDP built on these

development plans leading to the expansion of major trunk roads across our country, railways and other legacy projects which, probably, his handlers are making him to believe are his.

"It is on record that President Goodluck Jonathan also took on a massive expansion of our international and domestic airports, across the country, built and commissioned railway stations," the party said.

It said it was an affront on its legacy for Mr Buhari to claim "credit for projects he never conceptualised, commenced or built to near completion, just because he found himself in office at the point of completion."

The PDP also faulted Mr Buhari's admittance to have dismissed two governors who approached him for solutions to growing cases of killings and kidnapping in their respective state, and his response to questions on other national concerns.

"On issue of devolution of power, state police and restructuring, it is disappointing and heartrending that Mr President was evasive, dodgy and had no direct response to these burning issues even in the face of a national consensus for the amendment of the1999 Constitution to address these pertinent issues," it said

Mr Buhari, during the interview, noted unemployment as a contributing factor to insecurity in the country but dismissed his government's underperformance in the fight against corruption, one of the key campaign promises he made in 2015 and 2019 general elections.

He said fighting corruption was difficult in a democratic setting.

Security Agents Have My Orders to Be Ruthless With Bandits, Criminals, Says Buhari 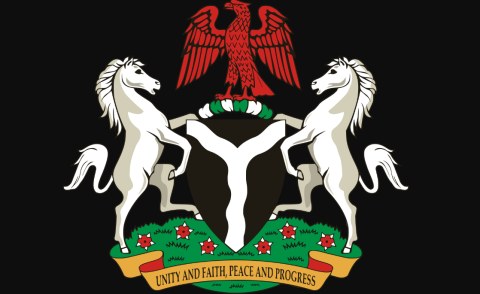 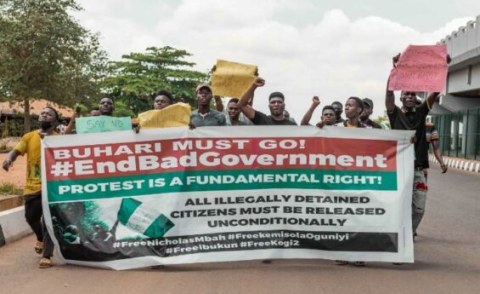 Nigeria's June 12 Democracy Day - Promises and Protests
Tagged:
Copyright © 2021 Premium Times. All rights reserved. Distributed by AllAfrica Global Media (allAfrica.com). To contact the copyright holder directly for corrections — or for permission to republish or make other authorized use of this material, click here.