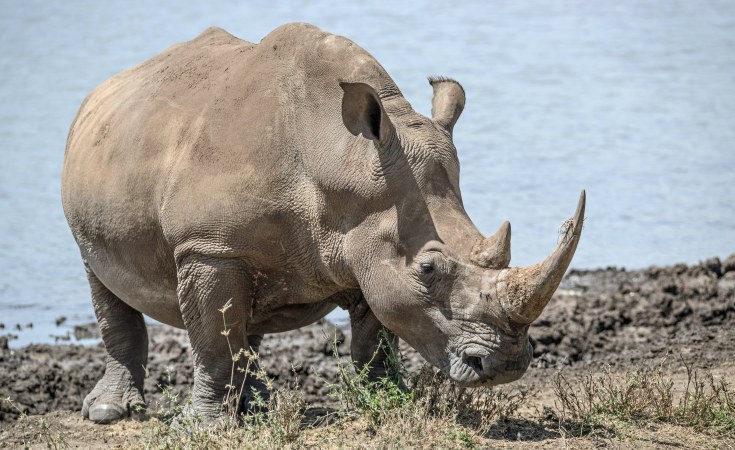 David Clode / Unsplash
A white rhino in the Lewa Conservancy in Kenya.
Voice of America (Washington, DC)
By Victoria Amunga

Nairobi — Kenya's Wildlife Service says that for the first time in 21 years, not a single rhinoceros was poached in the country's national parks in 2020. To maintain the progress, it is conducting the first ever wildlife census and placing mobile container housing in parks for rangers.

The agency says it's also taking fresh measures to maintain the progress, such as conducting a wildlife census for the first time. Edwin Wanyonyi, the agency's director of strategies, says new approaches are being implemented.

"There is a new strategy. We are focusing on housing for rangers; we are focusing on buying them equipment, be it firearm[s], whatever they require, be it uniform, be it cold weather clothing, [so] that they can be able to respond at all times," Wanyonyi said.

"You have to wake up very early in the morning -- you cook your breakfast, then you just walk out, going direct to the patrol. Not as earlier ... you come out of the tent, you go outside for water somewhere. You can see we [have] tanks," Mutua said.

More than two million tourists visited Kenya in 2019. Most, like Rahul Bede, go to see its rare wildlife, like the critically endangered rhinos.

Poachers kill rhinos for their horns, which sell for up to $60,000 per kilogram in Asian markets as aphrodisiacs and status symbols.

But conservation efforts have helped Kenya's wild rhino population recover to some 1,200, including the world's only two remaining northern white rhinos.

Previous Story
Next Story
Could a Baby Northern White Rhino Be On the Cards? Scientists Say Yes With New Embryos

Could a Baby Northern White Rhino Be On the Cards? Scientists Say Yes With New Embryos