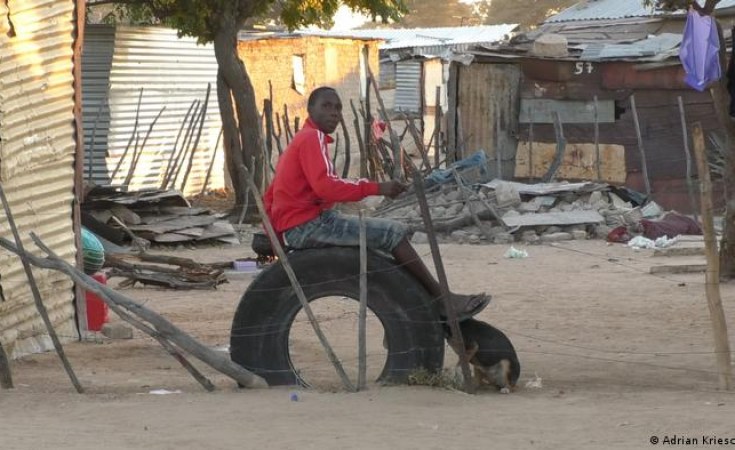 A German opposition party has bemoaned the N$18 billion genocide deal reached with Germany over the mass killing of Namibians more than 100 years ago.

Die Linke, also commonly referred to as the Left Party, holds 69 out of the 709 seats in the Bundestag, the federal legislature of Germany, having won 9.2% of votes cast in the 2017 federal election.

Its parliamentary group is the fifth largest of six in the Bundestag and is headed by parliamentary co-leaders Amira Mohamed Ali and Dietmar Bartsch.

Party spokesperson Evrim Sommer told New Era in an email on Wednesday that the party welcomes the fact that the agreement brings about the long-overdue recognition of the genocide of the Ovaherero and Nama.

"In our opinion, there is a moral, historical and political obligation to reconcile the injustice caused by the German Empire and to compensate financially for the consequential economic damage that continues to this day," said the Turkish-born party spokesperson.

"Unfortunately, from our point of view, the promised amount for this is insufficient. The Linke demands that the amount has to be increased to contribute appropriately to the reparation for the injustice suffered and for the consequences of German colonial rule."

She also said the human bones and cultural artefacts stolen during the German colonial era must be returned to Namibia immediately.

"The German school system must also educate about the genocide," she added.

Namibian and German governments earlier this month agreed to a purported genocide reparations pact, which included the European nation committing to fund projects in Namibia amounting to N$18 billion over 30 years.

The affected communities and opposition parliamentarians have received the agreement with mixed feelings.

Meanwhile, during parliamentary question time, German Foreign Minister Heiko Maas on Wednesday rejected calls for reparations from Namibians over the mass killings that Berlin recognises as genocide, saying the 1.1-billion-euro financial aid it offers was on a "voluntary basis".

Over the years, there had been calls for reparations from countries including Greece and Poland over Nazi-era massacres.

"But one must say that that has nothing to do with this case before us. Because this agreement is exclusively on a voluntary basis, there are no legal grounds on which this payment is made or provided for," Maas said.

"And as such, that is also not comparable to the issue of reparations."

Maas said Germany respects criticism from Namibia about the agreement but added that calls for financial compensation of up to hundreds of billions of euros «do not correspond to reality".

Previous Story
Tagged:
Copyright © 2021 New Era. All rights reserved. Distributed by AllAfrica Global Media (allAfrica.com). To contact the copyright holder directly for corrections — or for permission to republish or make other authorized use of this material, click here.