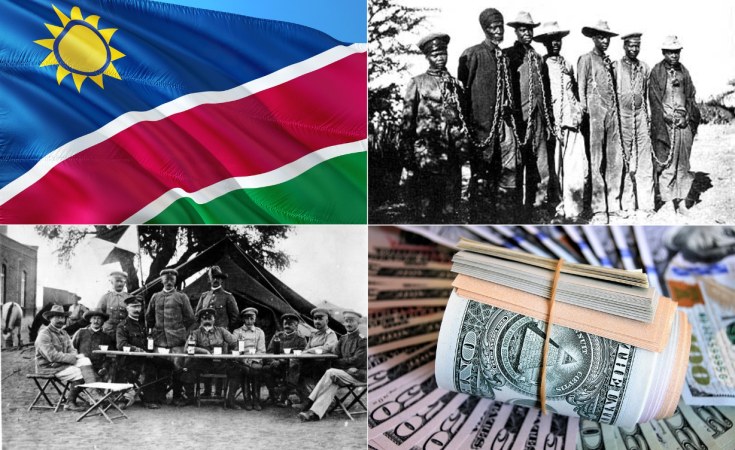 The signing and implementation of the N$18 billion genocide deal reached by the Namibian and German governments will lead to civil strife, if not new genocidal war, former Cabinet minister Kazenambo Kazenambo has warned.

Kazenambo said while addressing journalists yesterday that the political risk of the signing and implementation of this bilateral agreement will not bring any finality to the Ovaherero and Nama people's genocide restorative justice claims.

"The hide-and-seek, double-talking and working at cross-purposes being employed by the two governments in the treatment of the majority of the descendants have poisoned the political environment in Namibia, and it has destroyed mutual trust amongst various stakeholders who have direct or indirect interests to these negotiations," said the outspoken former member of parliament.

He claimed that the patronising tone and bullying, which is displayed by German negotiators on the one hand, and the Namibian government which is not heeding any advice or suggestion from the majority, have the potential to cause discontent and civil strife in the country.

Kazenambo and other members of the affected communities petitioned the United Nations (UN) to intervene over what they called an "unfair and botched" deal struck by the two governments.

He said the petition to the UN is for them to intervene by calling to order the Namibian and German governments that are violating the UN Genocide Convention as per their released joint declaration.

"If one is to consider how genocidal wars have unfolded across the globe, the conclusion is that in many cases, they happened without any pre-warning. On that score, there is nothing that guarantees us that this may not happen in this country as well," he stated.

He said the geopolitical situation in Namibia has been negatively affected due to a number of complexities and challenges from a security risk perspective.

"There are many undercurrents and security dynamics that are pushing Namibia to the brink, and Germany appears to be pushing this country further onto the red line," he added.

Meanwhile, Nama Genocide Technical Committee (NGTC) chairperson Ida Hoffmann in a statement on Wednesday branded the agreement by the two governments a result of "clandestine bilateral negotiations" that remain largely disrespectful to the affected communities.

"We reject this dishonest deal outrightly, and call on all affected communities to disown the joint declaration and register their dissatisfaction in the strongest possible terms with both governments," said the former MP.

She was of the opinion that both governments have failed dismally in seizing the opportunity to find a lasting, reconciliatory and restorative solution to the painful past of German colonial rule in Namibia.

"If need be, that process does not only gain more credibility and legitimacy, but is greatly enhanced in terms of its substance.

We gather that the process is bound for the National Assembly (NA) now. We strongly advise that taking the process to the NA, as much as this is the route through which it came, should not be in the sense of pushing it through, but to refresh and/or recast if not completely redrawing it altogether," said the four tribal chiefs.

The Namibian and German governments earlier this month agreed to a purported genocide reparations pact, which included the European nation committing to fund projects in Namibia amounting to N$18 billion over 30 years.

The affected communities and opposition parliamentarians have received the agreement with mixed feelings.