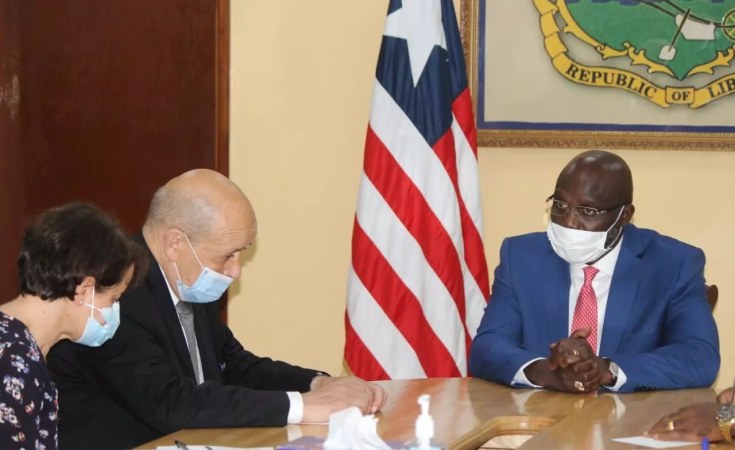 France's Foreign Affairs Minister Jean-Yves Le Drian has called for a regional effort to combat jihadists in the Sahel on a two-day visit to Liberia.

"We want to support you and your neighbours in facing the very serious threats imposed by the progression of Sahel terrorist groups towards the Gulf of Guinea," Le Drian told Liberian President George Weah on Friday.

"In the face of this scourge, regional action is needed," he said at the inauguration of an Alliance Française branch in the capital.

His comments come just one day after President Emmanuel Macron announced an overhaul of France's military operations in the Sahel, calling for a new international force in the region.

Weah said France has been assisting the Liberian National Police in the form of equipment and training, and plays an important role in peace and security in the sub-region, especially in combating the rise of piracy in the Gulf of Guinea.

This move has the potential to give a major boost to the Liberian private sector in its efforts to secure funding from financial institutions, according to Weah.

Earlier, Liberian Foreign Minister Dee-Maxwell Kemayah promised Liberia's commitment to working with France at the global level in continuation of promoting the core values of democracy, human rights and climate change, amongst others.

An €8 million urban development agreement was signed between Liberia and France during the foreign minister's visit to benefit the cities of Paynesville and Monrovia to rehabilitate infrastructure. The money is expected to be processed through the World Bank.

"As you can see, France is committing, through acts of confidence and solidarity, to Liberia's future and stability," said Le Drian. "This is why we want to intensify our economic relations. Indeed, I just talked about this with French investors to whom the potential of this country is very clear," he added.

He noted that since Liberia joined the list of France's priority countries in 2018, France has provided €23 million to support three projects to foster youth employment, and will be adding vocational training by the end of 2022.

For his part, President George Weah recounted that in 2012, under the auspices of the Paris Club, France signed a debt relief agreement in favour of Liberia and that France was the co-sponsor of the UN Resolution which established the UN Ebola response mission.