Kenya: Biden to Send Troops to Kenya as U.S. Boosts War on Al-Shabaab 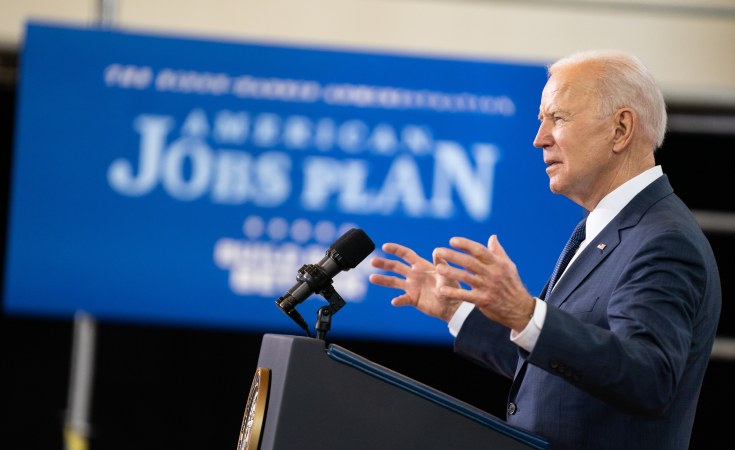 US President Joe Biden has announced the deployment of American special troops to Kenya to help in the region's counter-terrorism efforts.

In a letter to the US Congress seen by the Sunday Nation, President Biden said that he had approved sending special operations troops to Kenya, which is expected to collaborate with the Kenyan military in combating Al-Shabaab. The number of troops is not indicated.

The US deployment is expected to be a security boost for Kenya, which has in recent years suffered deadly gun and bomb attacks from Al-Shabaab. The Somalia-based group is known to have sympathisers in Kenya.

Al-Shabaab has been attacking Somali government and military targets but occasionally launches high-profile assaults in neighbouring states, including Kenya. North Eastern Kenya and parts of the Coast have particularly been targeted by the terrorists, but there have previously been high-profile attacks in Nairobi, including at Westgate Mall in 2013 and the DusitD2 Complex in 2019.

Al-Shabaab has publicly declared intent to conduct attacks in retaliation to Kenya's counter-terrorism operations in Somalia, which it conducts as part of the African Union Mission (Amisom) and may be emboldened following the announced US withdrawal of forces from Somalia last year.

Former US President Donald Trump last December ordered the withdrawal of an estimated 700 American troops from Somalia by January 15, with the Pentagon saying at the time they would be repositioned to other parts of East Africa -- likely Kenya and Djibouti -- and continue to carry out raids against the militia and a smaller cluster of Islamic State fighters from bases in neighbouring countries.

The new Biden administration, which has publicly maintained it considers Kenya a "strategic" partner in the fight against terrorism, has embarked on the reversal of many policies that had been rolled out by Mr Trump.

"In furtherance of counter-terrorism efforts, the United States continues to work with partners around the globe, with a particular focus on the United States Central and Africa Commands' areas of responsibility," explained President Biden in his letter to the US Congress on Tuesday.

President Biden announced the impending military action by US forces to be stationed in Kenya in the second report of his presidency submitted to the US Congress under the War Powers Resolution.

The War Powers Resolution requires the US President to consult the Congress before introducing armed forces into "hostilities" or "situations where imminent involvement in hostilities is clearly indicated by the circumstances," and to notify Congress within 48 hours of having done so.

These reports, known as "48-hour reports," are also required when the President sends forces abroad "while equipped for combat" or "in numbers which substantially enlarge" existing combat-equipped deployments -- the idea being to enable Congress to police the slippery slopes that can lead the nation to war.

Reports must provide the legal basis for the President's actions, the purpose of the deployment (or "circumstances necessitating the introduction"), and the "estimated scope and duration of the hostilities or involvement."

The Sunday Nation could not immediately obtain a classified annexe to the report which Mr Biden shared with the US Congress detailing the number of troops to be deployed to Kenya.

President Biden, however, revealed in his main report that the US military would conduct air strikes against Al-Shabaab to degrade their threat if need be, admitting several such air strikes had already occurred since he took office.

The US military was earlier reported to be seeking powers to carry out covert drone strikes in Kenya, a far-reaching proposal that would for the first time hand Washington military leeway to directly conduct counter-terrorism combat operations within the Kenyan territory. President Uhuru Kenyatta would, however, rule out such a deal.

The push for the expanded authorities, the media report had said, traced back to a Shabaab terrorist attack on the US military base in Lamu that left one American soldier and two contractors dead.

The attack by Al-Shabaab at the heavily guarded Camp Simba in Manda Bay, Lamu in January last year quickly drew fresh attention on the potent threat posed by militia.

The military site supports US operations in Somalia, where Al-Shabaab fighters have waged an insurgency for more than a decade.

The US military admitted that following the attack on the base, it was not "as prepared as needed" . The Biden administration has since ordered a fresh inquiry into the attack.

The new US administration said recently it wants to make sure the fresh "independent review" provides additional "insight and perspective" into how the attack happened and how it could be prevented in future.

Mr Biden on Tuesday appeared to acknowledge the change in strategy in the level of direct US military involvement on the ground in Kenya under his administration.

"At the direction of the prior administration, the majority of United States forces in Somalia redeployed or repositioned to neighbouring countries prior to my inauguration as President," said Mr Biden in his report.

"United States Armed Forces based outside Somalia continue to counter the terrorist threat posed by ISIS and Al-Shabaab, an associated force of Al-Qaida, in Somalia," he said.

Foreign nation military partners with US Security Force Assistance Teams or Brigades (SFABs) like the ones expected to be deployed for training specialist missions in Kenya are specialised units formed to train, advise, assist, enable and accompany operations with allied and partner nations.

The Nation on May 29 reported the US military would send an unspecified number of special-operations forces for joint military exercises with Kenya from July in a strategic shift by President Biden's administration in the fight against global terrorism.

Mr Biden was sworn in as US President on January 20, ending the tumultuous four-year presidency of his predecessor Trump.

The change in strategy by the US comes amid a Pentagon report published recently saying China is eyeing military logistics bases in a dozen countries, including Kenya and neighbouring Tanzania, keen on building and sustaining its military power around the world.

The Chinese Embassy in Nairobi however, rejected the Pentagon's report, terming it propaganda.