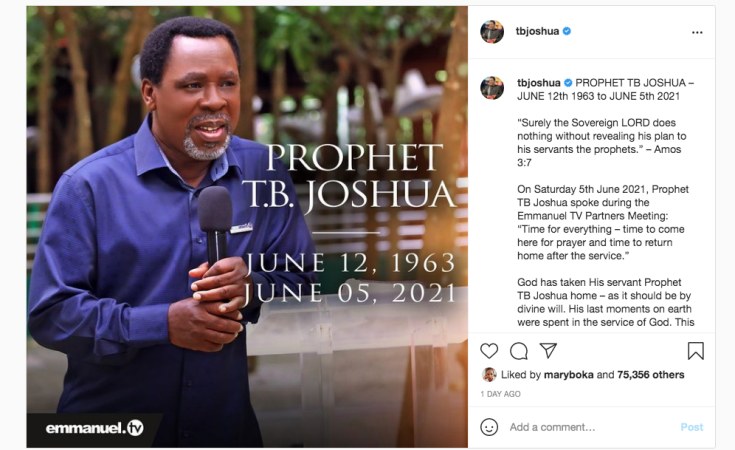 The church said Mr Joshua's remains would be laid to rest at The Synagogue, Church Of All Nations (SCOAN) in Lagos.

The Synagogue Church Of All Nations (SCOAN) has announced that the funeral ceremony of its founder, Temitope Joshua (popularly known as T.B Joshua) will begin on July 5.

In a statement published on its social media pages, the church said Mr Joshua would be laid to rest at SCOAN in Lagos.

"We know you are aware that our father in the Lord, Prophet TB Joshua, has been taken home to be with the Lord," the statement read.

"We want to assure you that nothing will stop the work of God at The SCOAN from moving on. Prophet TB Joshua may be absent in the body but he is present in the spirit (Colossians 2:5). Indeed, God is even more powerful at distance!

"We are currently preparing for the week-long service from Monday 5th to Sunday 11th July 2021 in honour of Prophet TB Joshua's life and legacy. He will be laid to rest at The Synagogue, Church Of All Nations (SCOAN) in Lagos, Nigeria.

"All services will be broadcast live on Emmanuel TV. The services which will be open to the public will be communicated to you at the appropriate time."

Mr Joshua, a popular televangelist who was as revered as he was controversial, died on June 5, a few days before his 58th birthday.

The church did not state the cause of his death.

My Husband's Death Not a Surprise, Says TB Joshua's Wife 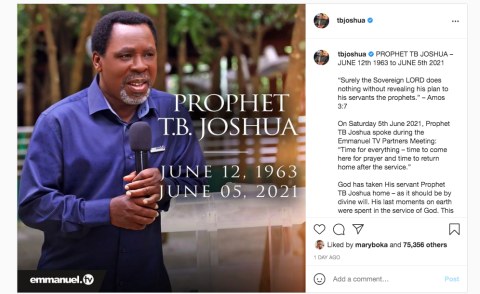 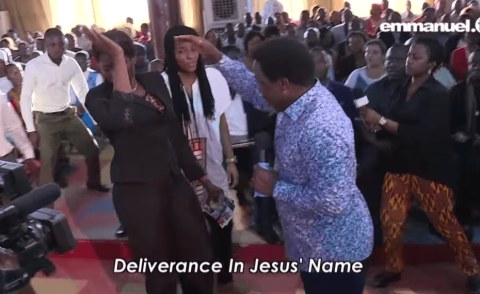 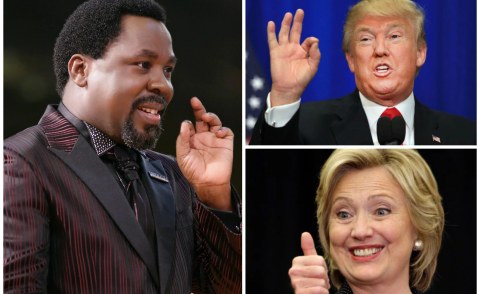 Nigeria's TB Joshua Fires Back After U.S. Election 2016 Prophecy
Tagged:
Copyright © 2021 Premium Times. All rights reserved. Distributed by AllAfrica Global Media (allAfrica.com). To contact the copyright holder directly for corrections — or for permission to republish or make other authorized use of this material, click here.