Nigeria: The Trouble With Buhari's Nigeria Is Simply Identity 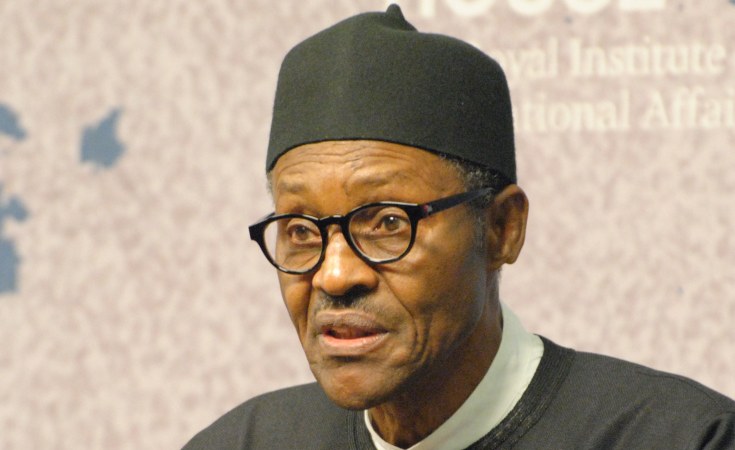 Nigeria may be Africa's most populous country. But its troubles are also colossal, as it is turning out.

Last week, reports emerged that Boko Haram leader Abubakar Shekau may be dead after all, following a suicide incident. But based on previous false announcements, no one in the government has confirmed this death.

If true, they could mean one problem is down. It, however, could create new problems, adding onto many existing others.

From bandits, to secessionists, the government in Abuja has this week been fighting criticism for blocking microblogging site Twitter, which it accused of being used "for activities that are capable of undermining Nigeria's corporate existence."

Twitter did say it was "deeply concerned" with the decision. The backstory to the move, however, could reflect what is ailing Nigeria. President Muhammadu Buhari protested after his tweets, which threatened secessionist movements in the country, were removed. The decision to ban Twitter was ironically announced on Twitter, before a directive was issued to suspend all government accounts on the platforms.

This chaos follows a chain of events that have conspired to make Nigeria one of the problem countries on the continent.

"We have some challenges. These are beyond what we can handle. We have to cry out to God to help us," he told a gathering on Sunday in Abeokuta in Ogun state.

Obasanjo and a number of other eminent persons were expected in Abuja for a meeting of what they described as a meeting on the state of the nation. They included former military man Gen Abdulsalami Abubakar; Sultan of Sokoto, Alhaji Sa'ad Abubakar, and John Cardinal Onaiyekan, the former Archbishop of Abuja.

Whether they will provide a solution remains to be seen, but some thinktanks say Nigeria's problems have permeated its entire fabric. Last week, the US Council on Foreign Relations indicated Nigeria was nearing state collapse.

"Nigeria has long teetered on the precipice of failure. But now, unable to keep its citizens safe and secure, Nigeria has become a fully failed state of critical geopolitical concern," wrote two Harvard authors on June 1.

"Its failure matters because the peace and prosperity of Africa and preventing the spread of disorder and militancy around the globe depend on a stronger Nigeria," says the report by the Senior Fellow of Harvard Kennedy School and former US ambassador to Nigeria, John Campbell and Robert Rotberg, the founding director, Harvard Kennedy School's Programme on Intrastate Conflict.

At home, Nigerian academics criticise President Muhammadu Buhari for failing to deal with an enduring problem in the northern parts of the country.

[The] escalation of attacks by bandits, rustlers and insurgents leave the only conclusion," observed Prof Ango Abdullahi, convener of the Northern Elders Forum [NEF].

"The people of the North are now completely at the mercy of armed gangs who roam towns and villages at will."

In Nigeria, numbers vary but the latest estimates indicate that at least 42,000 people have been killed in insurgency, up from 28,000 in 2015, the year that 78-year-old Muhammadu Buhari, a former army General became president. All blame goes to Boko Haram and its rival factions including the Islamic State West Africa Province [ISWAP] which claimed Shekau blew himself up when they cornered him.

Terrorist groups now assassinate people and security officers, plant bombs by roadsides and loot farms and shops in destruction estimated at more than $20 billion since the insurgency began in 2009.

Killings and abductions are also being committed by bandits stealing cattle. As a result, many boarding schools have been shut and farmers abandoned their farms for fear of getting killed or abducted for ransom.

Since January, official figures show at least 1,680 students, mostly minors, have been kidnapped for ransom.

The problems precede Buhari, although much of the trouble began in 2015 when oil installations were targeted by militants in oil-rich Niger Delta. Militant groups spear-headed by Niger Delta Avenger (NDA), went into the creeks destroying oil installations, forcing major oil companies to relocate their headquarters.

The violence kept Nigeria's daily crude oil production at below 800,000 barrels from 2.2 million barrels, causing a serious dip in the nation's revenue.

Having managed to assuage the militants, and the resumption of full-scale oil production, the country's revenue continued to dwindle because of global glut in the oil market, forcing the country to borrow.

On Thursday, President Buhari told the country he has faced challenges fighting insecurity and corruption, two of the issues he thinks have caused the country misery. But he said there are success stories and that the government wasn't "making noise" about it.

Against bandits, he ordered security agencies to talk with terrorists "in a language they understand."

President Buhari told a TV show on Thursday: "We told them if we keep people away from their farms, we are going to starve. And the government will not be able to control the public.

Could a shoot-on-sight policy work against bandits specialising in ambushes and who blend into communities with ease?

Kola Ologbondiyan, the National Publicity Secretary of opposition People's Democratic Party, asked President Buhari to resign, arguing the leader had been overwhelmed. "The expectation of Nigerians is that these challenges should not be limited to the issues of lip talk. Rather, they should be confronted so that Nigerians can sleep with their two eyes closed," he said.

Nigeria's problems today, are seen as remnants of unresolved issues from as far back as the 1960s.

There had been intermittent resurgence of agitation for the sovereign state of Biafra in the five southeast states, for example, that followed the 1967-1970 civil war.

Lately, the outlawed Indigenous People of Biafra (IPOB) led by a fugitive Nnamdi Kanu have regrouped, causing a new problem.

They have also destroyed installations, conducted daring prison breaks, destroyed police stations and offices of the Independent National Electoral Commission to stall the conduct of the 2023 elections in the area.

A new wave of secession agitation has also emerged in the six states in southwest.

The destruction of farms, invasion of communities, and abduction of persons by some armed Fulani herdsmen from the north had added a new dimension to the trouble in southern Nigeria, causing an ethnic divide between South and North.

Seventeen governors from the South led by Rotimi Akeredolu of Ondo state, on May 21, 2021 banned open grazing and expelled Fulani herdsmen.