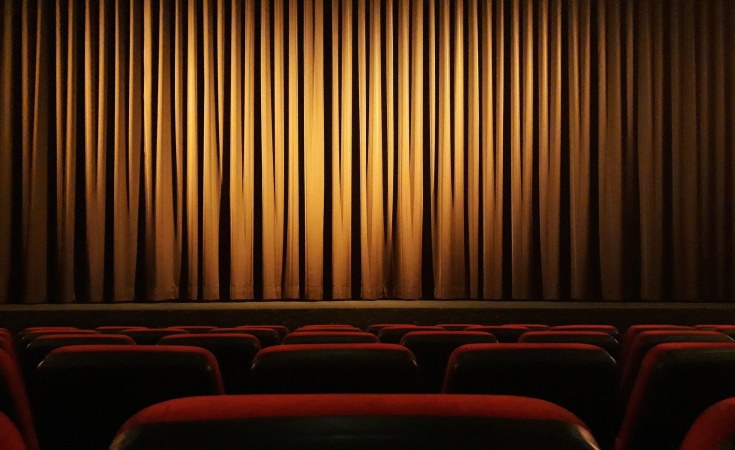 The convener says stronger film unions will advance the cause of Nigerian film practitioners and help them get better royalties in the long run.

Over the weekend in Lagos, female stakeholders in the Nigerian movie industry gathered to discuss some of the challenges plaguing their sector and chart a way forward.

Top on their meeting agenda was how Nollywood actors can brand themselves better, the need for community cinemas in the country as well as the benefits of having stronger film unions.

The occasion was the June edition of the Inkblot Women in Film (IWIF) lunch. IWIF is an initiative of the Co-founder of Inkblot Productions, Zulumoke Oyibo.

At the gathering, the participants charged their colleagues in the Nigerian film industry to leverage recent industry advancements that are shaping African storytelling and the continent's motion-picture business.

Ms Oyibo said some of the objectives of the gathering are tackling social, ethical, and professional issues surrounding women in Nollywood, saying IWIF aims at creating a working environment that is safe and free

She also called for more inclusiveness for more women and young filmmakers, noting that it was time for Nollywood to be more open and transparent.

"Nollywood is not being documented enough. There should be proper follow-up on actors just like in Hollywood," she noted. Oyibo also stressed the importance of actors being treated right whilst having the best working conditions. She said, "Actors need to be invested in more. The primary selling point of the film is the face of the movie. Brand actors, mark them up, and promote them to the public".

Although its revenues are not at par with Bollywood and Hollywood, the participants agreed that Nollywood still generates an impressive figure annually.

On her part, producer and former film exhibitor, Onyinye Okoroji, revealed that "there is a lot of money to be made in community cinemas because it is also less capital intensive as practitioners do not need much to set them."

Writer and director, Ifeanyi Chidi, corroborated Ms Okoroji's remarks. He said the establishment of more community theatres will boost box office earnings because people from other less affluent areas can get the Nollywood experience and see how good Nigerian movies can be.

As the discussion deepened, the ladies said they believed that if the Nigerian film industry was properly managed, more jobs could be created in the sector.

Oyibo then added that the Inkblot Women In Film is creating a forum where filmmakers, writers, producers, scriptwriters, and others within the film industry value chain will come together to discuss the issues facing it and also find viable solutions to these issues.

The June lunch meeting also focused on the business of film in Nigeria, how to generate more revenue from the box office, the roles of unions amongst other issues.

The convener also added that there is a need for more transparency in Nollywood because stronger unions will advance the cause of Nigerian film practitioners and help them get better royalties.

Oyibo also suggested that young people in the industry need to come together to create a union that will genuinely serve the interests of film practitioners across the value chain.

For Osas Ighodaro, the role of unions cannot be overemphasised. She said, " I was in the union in the States and I saw the structure and organization and how they protect the actors. Coming here, there is no structure, actors do not get royalties etc. There should be a residual structure for actors, directors, writers and more to receive royalties for their work".

A communications expert, Omawumi Ogbe, also urged women in the Nigerian film industry to collaborate more noting that it will drive change across the board.

"We can start this with the women and then progress to include men along the way," she said.

Ms Ogbe also added that the IWIF initiative isn't just about discussing challenges but would also explore ways they can collaborate and experience measurable growth together.