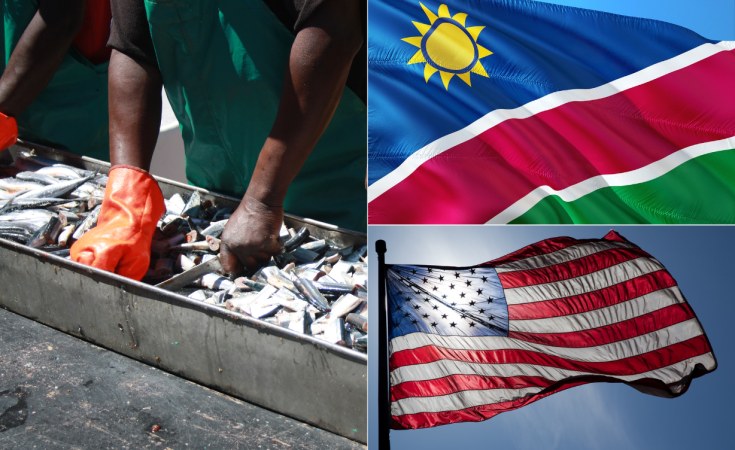 Former Cabinet ministers Bernhard Esau, Sacky Shanghala and their immediate family members have now been declared personae non grata by the United States of America as a result of their alleged involvement in corruption involving millions of dollars.

In a statement issued on Monday, the United States of America's Department of State announced the designation, which renders Esau, Shanghala and their immediate family members ineligible for entry into the United States.

"In their official capacities as Minister of Fisheries and Marine Resources (Esau) and Minister of Justice (Shanghala), they were

involved in corrupt acts that undermined the rule of law and the Namibian public's faith in their government's democratic institutions and public processes, including using their political influence and official power for their personal benefit," said Ned Price, US Department of State spokesperson.

The designation is made under Section 7031(c) of the Department of State, Foreign Operations, and Related Programs Appropriations Act, 2021.

"The authority also requires the designation of a principal's immediate family members. Accordingly, in addition to Esau and Shanghala, we are publicly designating the following members of Esau's family, who are now also ineligible for entry into the United States: his wife, Swamma Esau, and his son, Philippus Esau," said Price.

Price added the designation reaffirms the 'US' commitment to supporting anti-corruption reforms that are key to Namibia's successful future. The US, according to Price, continues to stand with all Namibians in support of democracy and

the rule of law, and against those who would undermine these principles for personal gain.

He said the department will continue to use authorities like this to promote accountability for corrupt actors in the region and globally. The former Cabinet ministers are facing criminal charges alongside James Hatuikulipi, Tamson Hatuikulipi, Phillipus Mwapopi, Otneel Shuudifonya, Pius Mwatelulo, Mike Nghipunya, Ricardo Gustavo and lawyer Marèn de Klerk.

They are all facing counts of fraud, bribery, corruptly using office for gratification, money laundering and conspiring to commit corruption.

own benefit. The prosecution is further alleging some of the accused received more than N$103 million in bribes from an Icelandic fishing company Samherji for continuous supply of horse mackerel quotas in Namibia.

The group, along with former Fishcor CEO Nghipunya, are also facing fraud charges relating to N$75.6 million allegedly channelled from the state-owned company to several law firms and entities for their benefit.

All accused except for De Klerk are currently in police custody after attempts to have them released on bail have thus far failed.