Ethiopia, Human Rights, and The Internet 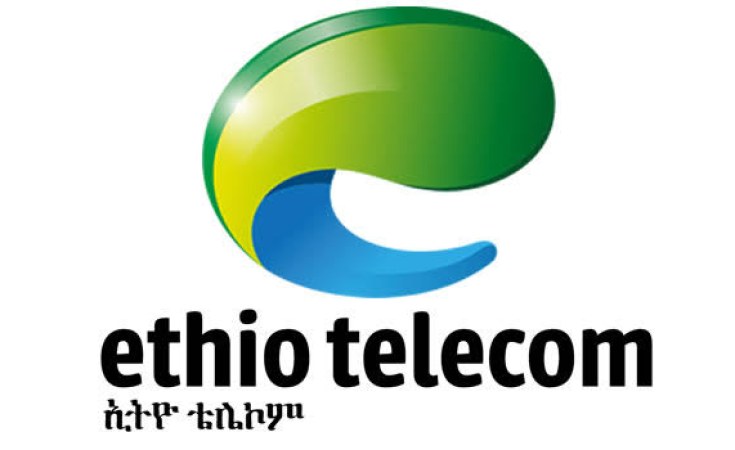 @ethiotelecom
Ethio Telecom is a government-owned monopoly that has control over all telecommunication services in Ethiopia
The Brookings Institution (Washington, DC)
By Witney Schneidman

Washington, DC — No African issue has absorbed as much time in the early months of the Biden administration as has the ongoing—and avoidable—tragedy in Ethiopia’s Tigray province. President Biden was forceful and correct in calling for an end to the “large-scale human rights abuses” occurring in Tigray, including the widespread sexual violence and the need for Eritrean and Amhara forces to withdraw from the province. Now, the administration is stuck in the tough position of considering sanctions that would cut off funding to the country from the U.S., its allies, and the multilaterals, which could risk further delegitimizing and destabilizing an already fragile government.

Nonetheless, the decision to impose visa restrictions on Ethiopian and Eritrean officials who are responsible for the atrocities in Tigray is an appropriate action, and a watershed given Ethiopia’s long-standing role as a key regional ally. There is clearly scope for ratcheting up the sanctions if Prime Minister Abiy Ahmed, who won the Nobel Peace prize in 2019, does not deescalate the conflict and follow through on his commitments to senior American officials, including Senator Chris Coons and Special Envoy Jeffery Feltman.

A next step could be along the lines recently advocated during Congressional testimony by John Prendergast, the human rights activist and co-founder of the Sentry, in which he called for carefully targeted Magnitsky sanctions. Such sanctions would include asset freezes on Ethiopian and Eritrean officials and their national and international networks through which they perpetuate the conflict and benefit personally.

>> The principal dilemma for the Biden administration is how to mobilize pressure on Prime Minister Abiy Ahmed to induce him to end the conflict and the suffering without turning Ethiopia—the largest recipient of American development assistance in sub-Saharan Africa—into a pariah nation.

The principal dilemma for the Biden administration is how to mobilize pressure on Prime Minister Abiy Ahmed to induce him to end the conflict and the suffering without turning Ethiopia—the largest recipient of American development assistance in sub-Saharan Africa—into a pariah nation.

In addition to the visa sanctions, the administration has shown a willingness to walk a diplomatic tightrope of pressuring the Ahmed government, reportedly imposing cuts in security and economic assistance and extending $350 million in food aid in hopes of fending off starvation in Tigray.

Perhaps the most difficult decision facing the administration is whether it should cancel a $500 million investment that the board of the U.S. Development Finance Corporation (USDFC) approved in January that enabled the Vodafone Group Plc to win a new mobile-phone license issued by the Ethiopian government last month. It would be a mistake for the Biden administration to cancel this financing.

The award of the first telecoms license for $850 million is the largest foreign direct investment in the country’s history, according to a tweet by Prime Minister Abiy Ahmed. The winning consortium, led by Kenya’s Safaricom along with Vodafone and South Africa’s Vodacom, plans to invest $8.5 billion in their network in the coming decade. They have also committed to creating 1.1 million jobs in 10 years and covering the country with a 4G service by 2023. The U.K. development finance institution CDC and Sumitomo Corporation will also provide financial support this effort in addition to the USDFC.

A bid of $600 million for a second telecoms license was rejected by the Ethiopian government for being too low. This bid was made by the MTN Group Ltd of South Africa and a Chinese state investment group, the Silk Road Fund. The license apparently will be retendered. The government also plans to privatize 45 percent of the state monopoly, Ethio Telecom.

Opening of the economy

A key question surrounding the tender of the licenses was whether the government would permit the cellphone companies to offer mobile money services. The state-owned Commercial Bank of Ethiopia controls about half of the country’s banking sector, which limits the prospect for the development of mobile financial services.

This would obviously impact the commercial viability of the investment. Mobile services are projected to contribute to nearly 10 percent of Africa’s GDP by 2023, and this will inevitably be an important growth sector in Ethiopia’s economy. Another uncertainty was whether the cell companies could build their own infrastructure or whether they would be required to lease it from Ethio Telecom. On both issues, the consortium apparently received assurances that gave them the confidence to move forward.

>>In addition to driving skills development and job creation among Ethiopia’s large youth population, the internet will be a vital tool for enhancing transparency and accountability, especially as it concerns elections and human rights.

Access to the internet will be another spinoff of the successful tender. Even though the country is the second-most populous in Africa, its 110 million people are among the most digitally isolated on the continent. The country’s internet penetration of 18 percent is just below Guinea and above the Democratic Republic of the Congo—a remarkable contrast to neighboring Kenya where the internet penetration rate is 85 percent and in Nigeria, where it is 73 percent.

In addition to driving skills development and job creation among Ethiopia’s large youth population, the internet will be a vital tool for enhancing transparency and accountability, especially as it concerns elections and human rights. The recent instances where the Ethiopian government has tried to block internet usage, not only related to the violence in Tigray but in 2020 after the killing of the activist singer Hachalu Hundessa and in 2019 following an alleged coup attempt in the Amhara region, underscore the importance of having networks not controlled by the government.

The region saw the downsides of such control earlier this month when, after Twitter took down a tweet of President Buhari, the government suspended the company in response. Activists and civil society members continued to use virtual private networks to evade the ban in an effort to hold their government accountable, as they did during the EndSARS campaign nine months ago.

The Biden administration needs to stay fully engaged in Ethiopia not only to end the conflict in Tigray but to help the country recover from the COVID-19 pandemic and to ensure that its June 21 elections will be as successful as possible. There is a role for both American pressure and investment in ensuring that the Ethiopian government meets its many challenges.

Tagged:
Copyright © 2021 The Brookings Institution. All rights reserved. Distributed by AllAfrica Global Media (allAfrica.com). To contact the copyright holder directly for corrections — or for permission to republish or make other authorized use of this material, click here.