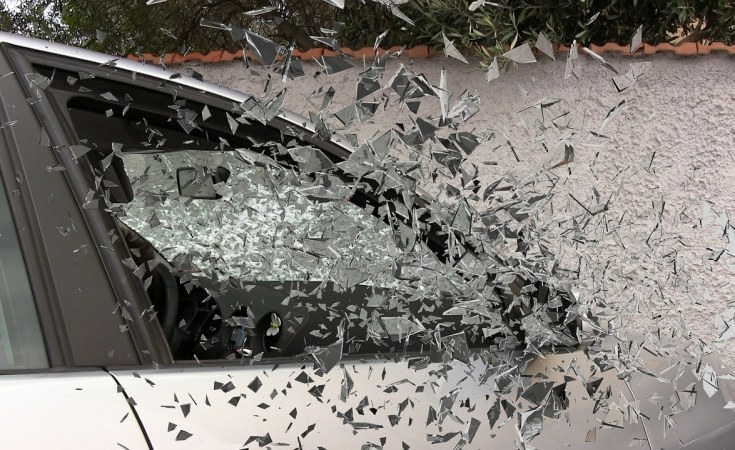 The government said Lagos-Ibadan, Abuja-Keffi-Lafia and Abuja-Kano highways have the highest number of accident casualties.

The Nigerian government has expressed worry over the increasing number of motor accidents on the nation's highways.

Minister of Works and Housing, Babatunde Fashola, stated this while briefing journalists after the weekly Federal Executive Council (FEC) meeting on Wednesday.

"Because of the importance, council was of the considered view that I brief about the need to take notice of the increased number of road traffic crashes on federal highways because every month we get reports from the Federal Road Safety Commission (FRSC), who are usually one of the first arrivals at crash sites on the highways," Mr Fashola said.

"Those reports are addressed to the Presidency through the Secretary to Government of the Federation, where the FRSC is domiciled but they are copied to my office and we pay attention to these things and we notice unusually high numbers in January 2021, which we compared with January 2020, 2019 and 2018.

"We saw that in January 2021, the number of people who died from road crashes exceeded the combined number of people who died from malaria and COVID-19 in the same month and while malaria and COVID were receiving national concerted attention, we considered it necessary to bring this to the attention of government as part of our strategy for protecting lives and property."

The minister stated that from the data analysed three federal highways in the country had the highest number of casualties. He listed them as Lagos-Ibadan, Abuja-Keffi-Lafia and Abuja-Kano highways.

He said if the number of accidents on the three highways was reduced, the government would have succeeded in curtailing the problem.

He said, "So, we identified the need for various actions to be taken from municipal, local government level to state and national level and I acknowledge the fact that after this memo was listed, I got the notice of a Presidential Committee, the National Road Safety Advisory Council, which will be inaugurated tomorrow (Thursday) by the Office of the Vice President. This is one-step in the right direction under the aegis of the National Economic Council (NEC). Therefore, that should bring all the 36 States together. We can take this conversation there.

"We highlighted the fact that my office has asked the FRSC to focus on three roads - the Lagos-Ibadan Highway, the Abuja-Kano Highway, and Abuja-Keffi-Lafia Highway, which show from the data we studied that they had the cumulative highest number of accidents. If we reduce accidents in those three main highways, we would have really dented the number," he said.

Mr Fashola said drivers were responsible for 70 per cent of the causes of the road crashes on the nation's highways.

The minister also highlighted some steps being taken to address the problem. These include installation of road traffic signs and more patrol.

"So, we started the process in April. We should collate the figure by the end of June, hopefully, into July. This includes installation of road traffic signs and more patrol. We are also looking at putting speed metres on the highway. There is a combination of factors and we are also trying to educate drivers.

"We saw that the biggest factor for these accidents; from over speeding, loss of control, wrongful overtaking, brake failure, tyre blow-out points to the role of the driver. Consistently, over the years and this data is available, the impact of bad roads and accidents was less than two percent.

"These factors I have mentioned; over speeding, loss of control, wrongful overtaking cumulate to over 70 per cent. If we reduce this, we bring the numbers down.

"So, I think our focus as a government is that we've agreed that the driver has a role to play, starting from education and certification. So, this is going to be a multi-disciplinary activity from the Ministry of Education, Ministries of Information, FRSC, state and local governments in terms of how they test and certify drivers," he said.