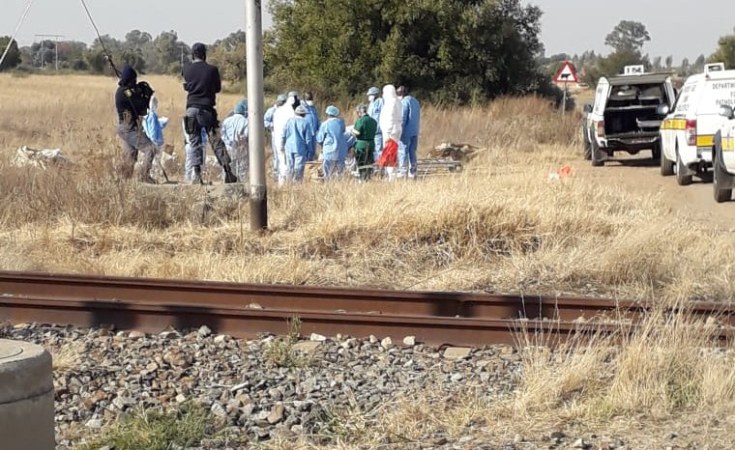 South African Police Service
The scene where bodies were found in the vicinity of Orkney.
Deutsche Welle (Bonn)

Police are investigating after finding the corpses at two locations near disused gold mines. Authorities say they were badly decomposed. They are thought to have been working as illegal miners in the old shafts.

Bodies of suspected illegal miners were this week found wrapped in white plastic bags at two locations in Orkney, a gold mining town in South Africa.

An autopsy is yet to be carried out to determine the cause of death, however, police say the bodies were severely burnt.

"All the deceased are suspected to be illegal miners commonly known as 'zama zamas' operating in obsolete shafts in Orkney and Stilfontein," police said in a statement on Wednesday.

"As part of investigations, post-mortems will be conducted to determine a cause of death for these men whose bodies were found wrapped in white plastic bags," police said.

South African police say the bodies could be linked to a video that was circulated on social media where a man calling himself "Mafifi" was seen pleading for assistance following an apparent smoke inhalation occurrence at shaft number six.

Orkney is located roughly 170 kilometers (around 100 miles) southwest of Johannesburg.