Lawyer Abdulai Sisohor for Yankuba Touray, a former Minister of Local Government and Lands, on Monday urged the High Court to acquit and discharge his client on the charge of murder he is facing.

The high court is set to deliver judgment in the case on 14th July, 2021 in the long-lasting case.

Touray is standing trial on a single count of murder which attracts life imprisonment upon conviction. He is accused of causing the death of former Minister of Finance, Ousman Koro Ceesay which according to the indictment happened at Touray's residence in Kololi. Touray is said to have used a pestle-like object when killing the former minister. He denied culpability.

Lawyer Sisohor said the prosecution has failed to establish that there was death and have failed to prove that it was the accused person who caused the death.

He cited the autopsy report on page one which provided "It is not possible to make a definitive identification of the deceased".

Also, he highlighted that page two of the autopsy report provided that "It was not possible to make a positive identification of the deceased. It was hoped that one would be assisted to carry out a DNA analysis for comparison with those close relatives, but this proved fruitless. Such study would have given an indication of the identity of the deceased."

He said the pathologist on the cause of death was "A presumptive pathological diagnosis of death by fire is offered in the absence of a positive finding otherwise." He stressed that it was important for the deceased to be identified as provided in the Nigerian case of Emmanuel Ochiba and the State (2010).

Lawyer Sisohor relied heavily on the testimonies of Alagie Kanyi to stressed that the prosecution has failed to prove the elements of the charge of murder. He said Alagie Kanyi in one version of his testimony said Peter Singhatey was the first to hit the deceased twice with a stick and the deceased fell on the ground.

Sisohor went on to cite some other testimonies of Alagie Kanyi including the one he made at the TRRC to show that he is not reliable.

According to Sisohor, in the third version, Kanyi said upon the death of the deceased, Edward Singhatey requested all of them to hit the dead body of the deceased because the deceased was already dead at the material time they participated in the hitting on the floor.

Yusuf relied on his brief of argument dated 4th June 2021.

"We urge the honourable court to convict the accused person as charged and sentence him accordingly," Yusuf said.

In his brief of argument, Lawyer Yusuf said Alagie Kanyi who was the sixth prosecution witness in the case, was an accomplice to the crime which Yankuba Touray is charged with.

"He [Alagie Kanyi] gave extensive evidence on how they (himself, Edward Singhatey, Peter Singhatey, BK Jatta, Tumbul Tamba, Pa Louis Gomez and Yankuba Touray) beat the deceased [Koro Ceesay] with a pestle and other objects in the house of the accused person [Yankuba Touray] until the deceased died," Yusuf said.

Lawyer Yusuf maintained that Kanyi also gave evidence that he took part in putting the body of the deceased in the official vehicle of the deceased on the instruction of Edward Singhatey.

The State Counsel said the evidence of Alagie Kanyi is relevant and reliable for the purpose of proving the murder charge against Yankuba Touray. He further submitted that the evidence of Kanyi had been corroborated by other prosecution witnesses.

Yusuf said Kanyi gave evidence that when they arrived at the residence of Yankuba Touray, the place was empty which means the guards on duty were not there as well as the family. He added that it was the testimonies of Ensa Mendy, Captain Amat Jangum and Lamin Ndure that the family of Yankuba Touray were taken to Edward Singhatey's residence for a party.

He submitted that both direct and circumstantial evidence have linked Yankuba Touray to the murder of Koro Ceesay.

"The evidence led by the prosecution proves that the accused person [Yankuba Touray] murdered the deceased [Koro Ceesay]," Yusuf wrote.

The Death Penalty and the Constitution 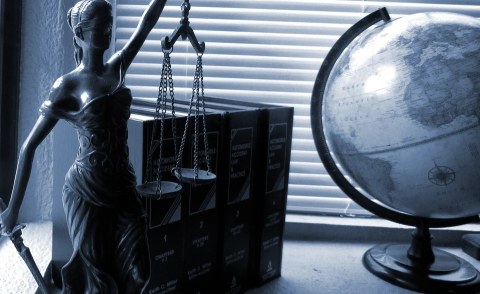 Gambia's Truth Commission Puts a Price On Reparations
Tagged:
Copyright © 2021 FOROYAA Newspaper. All rights reserved. Distributed by AllAfrica Global Media (allAfrica.com). To contact the copyright holder directly for corrections — or for permission to republish or make other authorized use of this material, click here.