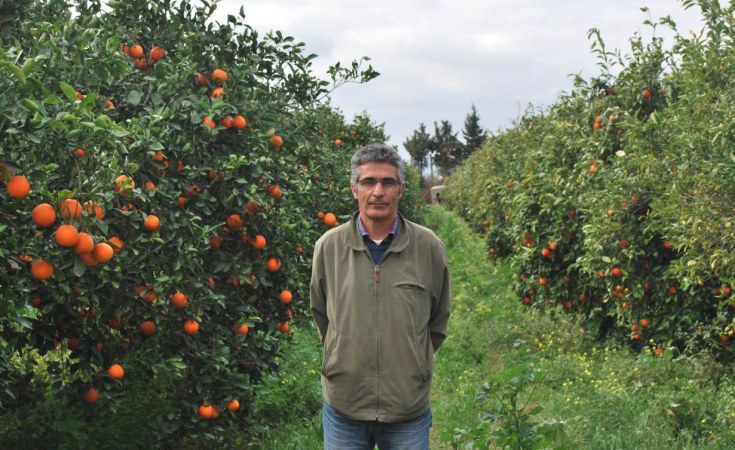 Tunis/Tunisia — El Gataaya in Ghar el Melh, Bizerte, are salty farming plots in the lagoons that are irrigated by seawater. Farmers use the tide to water their Ramli agricultural crops which are grown on sandy substrates.

The crops are strategically planted on topsoil, so that the roots are watered through a thin delicate layer of freshwater, carried through seawater.

Farmers believe the practice to be unique in the world, with a 100% biological production of potatoes, onion, eggplants, saffron, beans, tomatoes, watermelon, melon...

There had been some 200 lots of Gataayas in the region, with an approximate surface of 1 ha per unit. However, most of these units have been abandoned due to infrastructure complications, which leaves roughly only 80 ha currently operational, the President of Agriculture and Fisheries Union of Ghar El Melh told TAP.

With the construction of new ports and roads in previous years, the natural water circulation was altered which affected the practice gravely, said member of the non-permanent committee on environmental issues Mustapha Djebril.

The water is no longer flowing right, he said, and farmers are deserting their lands and selling properties, which is causing more harm as new owners carry out arbitrary construction activities.

Moreover, this agricultural practice requires adding quantities of sand regularly, which should be easy to achieve considering beach proximity. However, it is impossible to get the approval of local authorities, which presents a serious problem, Djebril added.

He called on authorities to work with locals to promote the practice and mitigate the losses the farmers had endured.

This Ramli agricultural system in the lagoons of Ghar El Melh in June 2020 was recognised as Globally Important Agricultural Heritage Systems (GIAHS): a designation managed by the United Nations Food and Agriculture Organisation (FAO).

Farmers aspire to start selling and exporting their goods under the GIAHS label. Right now, these biological products are sold under no label, same as all the other crops of vegetables and fruits, which is "unfair," farmers said.

Tagged:
Copyright © 2021 Tunis Afrique Presse. All rights reserved. Distributed by AllAfrica Global Media (allAfrica.com). To contact the copyright holder directly for corrections — or for permission to republish or make other authorized use of this material, click here.