As MPs investigate the high costs of electricity, distributor Kenya Power has yielded to pressure from lawmakers and provided them with copies of the contracts it has with 18 independent power producers.

The documents were delivered to Parliament on Wednesday. Copies were also handed over to the office of the Auditor-General for review.

The Auditor-General will prepare a report and present its findings to the National Assembly's Public Investments Committee, chaired by Mvita MP Abdulswamad Nassir.

Mr Nassir Thursday confirmed to the Nation that lawmakers had received copies of the contracts and will wait for the auditors' report before examining them more closely.

"Yes, the contracts have been brought but they have been accompanied by the confidential note clause, and therefore we cannot make them public," he said.

This comes as the Energy Committee, also looking into the cost of electricity, is expected to meet next week with the Energy Cabinet secretary and the registrar of companies.

Speaker Justin Muturi directed the committee to summon all directors of the 18 companies and the Energy CS to provide more information about the firms.

Appearing before Public Investments Committee on Tuesday, Kenya Power Managing Director Bernard Ngugi told MPs that he would need a court order and consent from the contractors to make the contracts public.

Mr Ngugi told MPs that Kenya Power buys power from producer plants at negotiated prices depending on the plant's technologies, the generation source and type.

He added that the generation type is in various forms based on whether the plant is guaranteed by capacity or energy.

Portal to Cut Out Brokers in Electricity Connection 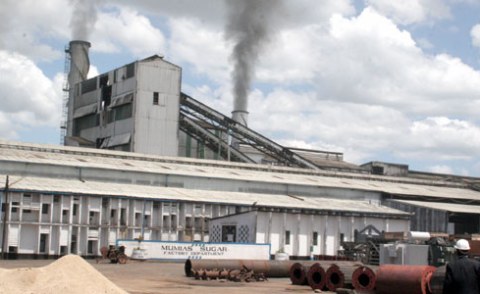 Kenya Tops in Reducing Number of Households Without Electricity
Tagged:
Copyright © 2021 The Nation. All rights reserved. Distributed by AllAfrica Global Media (allAfrica.com). To contact the copyright holder directly for corrections — or for permission to republish or make other authorized use of this material, click here.