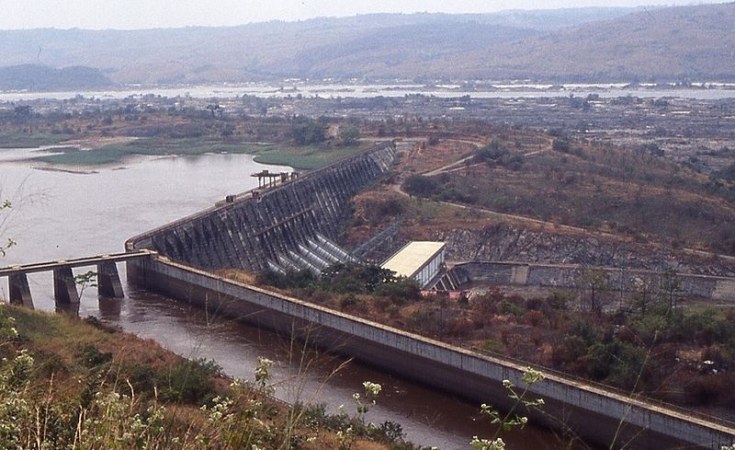 Alaindg
A view of Inga I dam in the foreground, with a supply channel leading to Inga II dam.
Inter Press Service
opinion By Philippe Benoit

Paris — Visions of Grand Inga, a proposed massive hydropower plant in the Democratic Republic of Congo (DRC) powering much of Africa, have excited energy experts, investors, and governments for decades. The announcements this week by the Australian company, Fortescue Metals Group, and its chairman, billionaire Andrew Forrest, of their plans to develop Inga for green hydrogen exports brings this vision a little closer to reality.

But for the Grand Inga project to successfully attract the massive funding it requires, it will need to address issues of equity and ethics which mostly stem from DRC's problematic governance context, but also flow from concerns about ensuring the "just transition" of the energy sector.

Inga Falls, situated on the Congo River in DRC, is the world's largest hydropower site with 40,000 MW of potential generating capacity. By comparison, the installed power capacity in all Sub-Saharan Africa (excluding South Africa) totals only 80,000 MW.

DRC itself has one of the lowest electricity access rates in the world and the third largest poor population. Given these figures, many have dreamt of unlocking the hydropower potential at Inga to generate clean renewable electricity both for DRC and for Africa, broadly.

Unfortunately, progress on Inga has been stymied by the daunting market risks inherent in selling its massive electricity output across Africa (as well as DRC's governance challenges). However, as I wrote in a recent article, adding green hydrogen production can help the project overcome this marketing obstacle because it involves sending the electricity to factories nearby, to produce hydrogen which can then be shipped to creditworthy markets in Europe and elsewhere.

There has been growing interest in green hydrogen as a low-carbon fuel for use in transport and industry. Because it is produced through electrolysis of water using electricity generated by hydropower or other renewables, it has little greenhouse gas emissions. Strengthening climate pledges are expected to drive growth in the demand for green hydrogen, which could reach $300 billion annually in exports by 2050.

Fortescue appears to draw on this potential demand in proposing a hydrogen export configuration that should make the Inga project more attractive to investors. But for this new approach to mobilize the billions of dollars required from investors, the project will need to also manage equity and ethics concerns that can otherwise trigger three different but interrelated risks.

The first constitutes a new emerging risk regarding sales. Equity, ethics and overall justice considerations are taking on increasing importance in the climate effort. Concerns about these issues will likely coalesce over the next decade into demands that any fuel, proffered as green to serve climate goals, be produced in a manner that also satisfies equity and ethics considerations.

The rising international pressure facing DRC's cobalt production because of child labor and other issues is indicative of this type of nascent but growing non-financial risk that can affect a commodity's marketing. The implication for the Inga project is that its developers need to ensure their green hydrogen is not tainted by equity or ethics problems . . . because "tainted green hydrogen" may have difficulty being sold into Europe's energy markets of the future, notwithstanding its climate benefits.

Second, unfair treatment of local communities or of DRC's broader society in connection with the project can generate demonstrations, civil unrest and other actions that can disrupt project construction and operations. Although this risk of business interruption is concentrated in DRC, it also extends to demonstrations down the supply chain (e.g., in European cities importing the hydrogen).

Third, failing to deal with equity and ethics issues can raise reputational risks for investors, especially in light of the rising interest in Environmental, Social and Governance (ESG) performance. This will be a particularly salient consideration for those investors attracted by the project's green energy attributes, including many investment funds and commercial banks, as well as providers of climate finance.

Addressing these equity and ethics issues requires a multi-pronged approach. Most importantly:

The project will need to manage its environmental and social impacts, including ensuring that local affected populations are treated adequately and fairly. This treatment of local populations is an area of particular concern given both previous failings in this regard in connection with the construction of Inga's two existing smaller dams and DRC's ongoing governance issues.

One advantage of the hydrogen configuration is that it limits the need for transmission lines that are often the source of multiple biodiversity and other issues, but other significant potential environmental impacts would remain.

In general, meaningful consultations with and participation of local communities under the project will be key, as well as engagement by a broad cross-section of DRC's civil society organizations and population. Intimidation by government authorities of community leaders and other stakeholders must be avoided.

A meaningful portion of Inga's power output should be dedicated to increasing DRC's dismal electricity access rate and powering local businesses. If, in contrast, virtually all the electricity from Inga were allocated to producing hydrogen exports, there would be criticism from a just transition perspective that the continent's renewables were being used to fuel Europe and others rather than to electrify Africa. Fortunately, Inga can produce enough electricity to power both hydrogen production and local-oriented productive uses.

Moreover, although the project could catalyze substantial employment in DRC (notably during construction), that will likely not be enough to satisfy concerns about fair distribution of benefits. Inga is a national treasure, and its development should similarly benefit all.

For that reason, a share of the project's revenues should fund programs that benefit DRC's population generally, not just a small elite. To this end, the broader Grand Inga framework should include mechanisms to channel these revenues to poverty alleviation and broad-based development programs throughout the country. In addition, both the billions in initial capital expenditures and the subsequent project sales revenues need to be insulated from corruption. The problems plaguing DRC's cobalt and other industries must be avoided.

To implement these measures, the project developers and DRC government will need to involve a variety of partners. This group includes multilateral development banks (such as the World Bank and the African Development Bank), local and international civil society, and the international community generally (including DRC's bilateral development partners from the European Union and the US).

The ability of the project's developers to raise the required funding, and to construct and operate the facilities, will depend in part on their success in addressing issues of equity and ethics. The Fortescue announcement brings the dream of Grand Inga closer to reality, but it also makes designing elements to address these non-financial considerations more pressing.

Philippe Benoit has over 20 years of experience working in international finance, including previously as an investment banker and at the World Bank (where he worked on Inga). He is currently managing director- Energy and Sustainability at Global Infrastructure Advisory Services 2050.