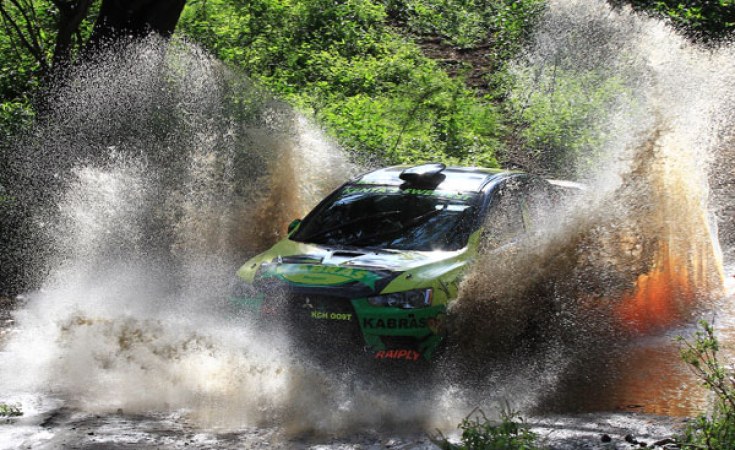 Seven times World rally champion Sebastien Ogier says he is eager to add the Safari Rally title to his list of wins.

Ogier, who will be making his debut in Africa for Toyota Gazoo Racing WRT arrived on Sunday night in a private jet accompanied by his Hyundai Motorsport WRT counterpart Ott Tanak who is also the 2019 world champion.

Ogier said tyres will play a major role in Safari supremacy battles given nature of the tough Kenyan terrain.

"I'm overly excited to be here in Kenya where I will be rallying for the first time. To my fans, stay safe, we will try our level best to deliver the Safari title," Ogier said.

Estonian Tanak who has had a bad season said: "it's always a great feeling to try out new terrain. We are giving this one out best shot following our retirement in Italy. Above all, we are looking forward to the Safari adventure."

When Tanak and Ogier landed at the Jomo Kenyatta International Airport in a private jet last night, it finally dawned of Kenyan rally fans that, indeed, the WRC Safari Rally is real.

This is the first time in 19 years for world rally champions to land on African soil for a round of the World Rally Championship.

Meanwhile, navigator Tuta Mionki leads a group of six female competitors to the Safari Rally. The 2019 Kenya Motorsports Personality of the Year will partner Nzioka Waita in a Mitsubishi Evolution10 R4 rally car.

Mionki and Waita have rebuilt and tested the car after the Africa Rally Championship Equator Rally held in Naivasha on April 24-25.

They two would have loved to do more tests with the car, but could not for various reasons. Mionki, who was introduced to rallying early in life, is ready for her biggest assignment yet.

"I was introduced to rallying as a child when the Safari Rally was part of the WRC, but it feels good to compete in the event this year when it is making a major return to the WRC," Mionki told Nation Sport.

Mionki added: "I first competed in the Safari Rally in 2012, and I have taken part in the event every year with mixed results. In 2012, we just managed a finish with Victor Okundi after being stuck in the sand at the end of a stage.

In 2013, we had a fantastic event with Steve Gacheru and finished 14th overall after dropping time with a puncture in the last section of the rally,"she adds. She also partnered Murage Waigwa in the 2014 and 2015 editions of the Safari Rally.

Why Naivasha Is an Ideal Location for WRC Safari Rally