Africa: Somalia, Congo, Afghanistan, Syria Among Most Dangerous for Children in Conflict 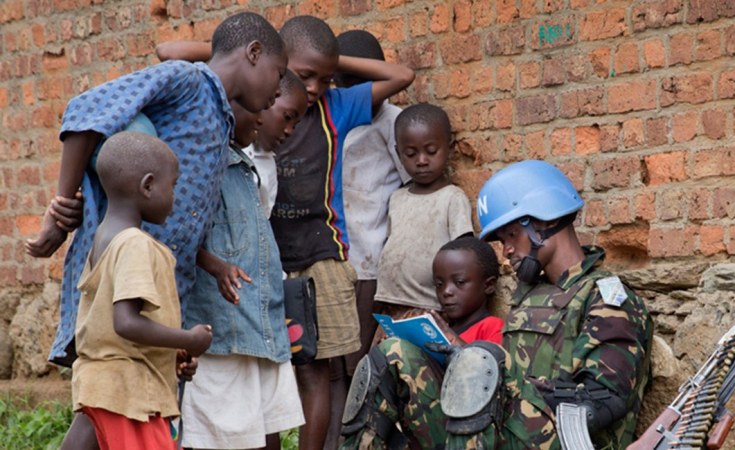 Sylvain Liechti/MONUSCO
A peacekeeper from the MONUSCO Force Intervention Brigade in the town of Pinga, North Kivu province, spends time with local children in December 2013. Pinga is located 148 km northwest of Goma, the provincial capital at the Rwandan border
Voice of America (Washington, DC)
By Margaret Besheer

Somalia, Congo, Afghanistan and Syria top the list of the most dangerous conflict zones for children, the United Nations said Monday, accounting for nearly 60% of all violations among the entries on its annual blacklist of countries where children suffer grave abuses.

"Children can no longer be the last priority of the international agenda nor the least protected group of individuals on the planet," Virginia Gamba, U.N. special representative for children in armed conflict, told reporters Monday at the report's launch. "We need to give children an alternative to violence and abuse. We need peace, respect for children's rights, and democracy."

Gamba said the most widespread violations in 2020 were the recruitment and use of children by security forces and armed groups and the killing and maiming of children.

More than 3,200 children were confirmed abducted in conflict situations in 2020, and at least 1,268 were victims of sexual violence, the report said.

Of the worst offenders, Gamba said Somalia had the "most violations by far," primarily perpetrated by al-Shabab terrorists. In Afghanistan, she said the Taliban was responsible for two-thirds of violations, and the government and pro-government militias the rest.

Myanmar also ranked high on the list of grave violations, including for the highest numbers of children recruited and used, while Yemen has among the highest figures for children killed or maimed.

As with everything else in 2020, the COVID-19 pandemic only complicated matters.

The report found, for example, that the use of schools by militaries rose last year. Many schools were closed temporarily because of the pandemic, making them easy targets for military occupation and use.

New to the list are Cameroon, Burkina Faso and the Lake Chad Basin region.

The report contained some good news. Due to advocacy efforts, armed groups and security forces released 12,643 children. And the number of actors engaging with Gamba's office, signing on to action plans and making new commitments toward children is growing.

However, human rights groups have criticized the report over the years, saying that double standards apply to the creation of the blacklist and that some countries escape accountability.

"We strongly urge the (U.N.) Secretary-General to reconsider his decision and hold parties to conflict all over the world to the same standard," Inger Ashing, CEO of Save the Children International, said in a statement.

"Secretary-General (Antonio) Guterres is letting warring parties implicated in the deaths and maiming of children off the hook by leaving Israel, the Saudi-led coalition (in Yemen) and other violators off his 'list of shame,'" said Jo Becker, children's rights advocacy director at Human Rights Watch. "His repeated failure to base his list on the U.N.'s own evidence betrays children and fuels impunity."

Responding to the criticism, Gamba said that regarding Israel, violations carried out during the recent fighting in Gaza would be examined in next year's report.

She added that she did not experience any political pressure from parties in terms of who would be listed.

Sexual Violence in the Democratic Republic of Congo 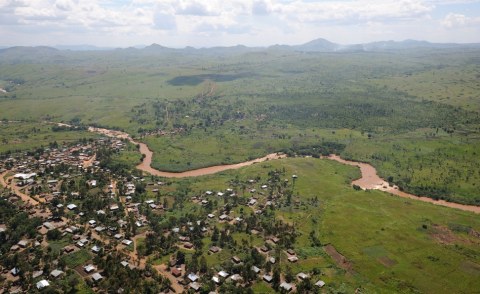 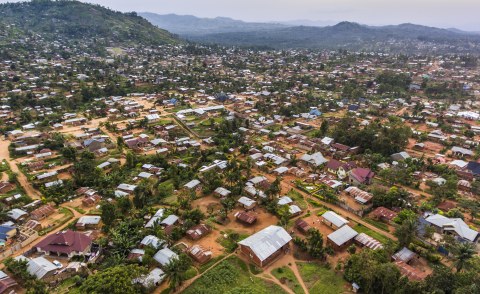 Thousands Flee Attacks In Eastern DR Congo - UNHCR
Tagged:
Copyright © 2021 Voice of America. All rights reserved. Distributed by AllAfrica Global Media (allAfrica.com). To contact the copyright holder directly for corrections — or for permission to republish or make other authorized use of this material, click here.