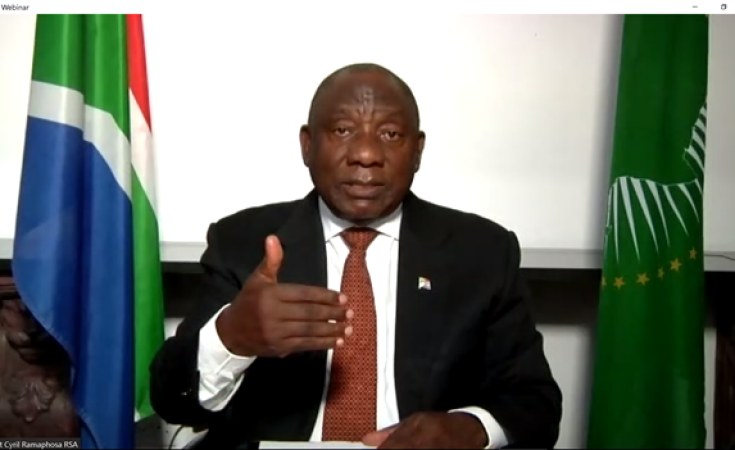 South African President Cyril Ramaphosa bought some comic relief live on television Tuesday when his iPad containing his speech purportedly 'disappeared', before it was found.

The President was set to deliver a keynote speech, which he was to read from the device, at an event marking the establishment of the National Ports Authority as an independent subsidiary of Transnet.

It was an incident which set Twitter alight as it trended for the rest of the day.

After being invited to the podium, Mr Ramaphosa appeared stranded at the missing speech.

"I'm looking for my iPad. Somebody stole my iPad, somebody decided that they want to dispossess me of my iPad. Can I have my iPad, please. So they stole it. I had my iPad," Mr Ramaphosa said amid some giggling in the audience.

I'm waiting for my iPad, somebody stole my iPad.....

Should I sit down? Okay pic.twitter.com/XcPZTyAGBa

He then turned to Spokesperson Tyrone Seale and asked: "Do you know where they took my iPad? This is the problem of always handing out your gadgets to other people. It's always best that I should keep all these things with me all the time....It's gone. I have lost it, it seems," the President said as Mr Seale walked off camera.

The spokesperson then returned and murmured something to Mr Ramaphosa who then asked, "Should I sit down?" before he walked off the podium to take his seat.

A minute later, Mr Seale reintroduced his boss, saying: "Mr President, I think you have been suitably equipped now."

The presidency spokesperson dismissed that the President's device went missing, saying it was just a cheerful moment from South Africa's Head of State.

"There was no question of the iPad being missing or stolen. The President was making a light-hearted point while waiting for the iPad to be brought to him - which it was before he began his remarks to the media," he told Eyewitness News.