Nigeria's Constitution Review - the Growing Tribe of Opposition and Critics 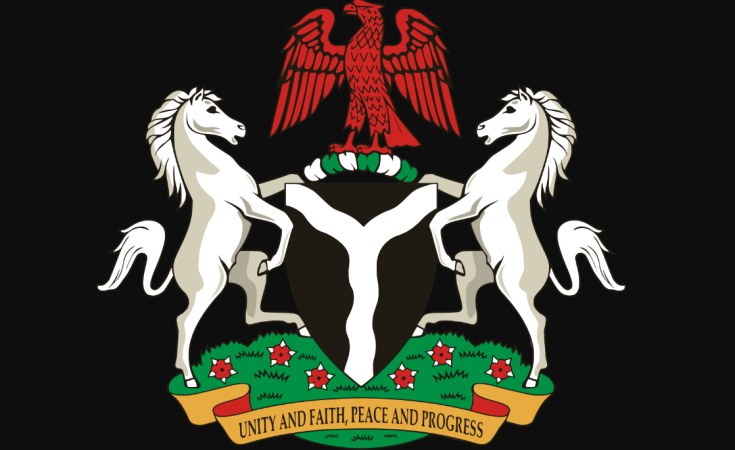 Groups and individuals opposed to the current review of the 1999 Constitution by the National Assembly say it is a waste of resources and time.

Again, the National Assembly has begun the process of amending the 1999 Constitution.

Between May and June, both the Senate and the House of Representatives Committees on Constitution Review held public hearings across the country's six geopolitical zones.

During the hearings, some of the issues canvassed by Nigerians are the creation of more states, state police, devolution of powers, restructuring of the federation, electoral reforms, abrogation of immunity clause, tenure of office, financial autonomy for the judiciary and local governments and drafting of a brand new constitution.

Others are independent candidacy, age limit for political office contestants, separation of the office of the attorney general from the office of the justice minister, Land Use Act, women inclusiveness, referendum, increased in derivation, impeachment clause, etc.

At the beginning of the current exercise, the Senate President, Ahmed Lawan, assured that the public hearings were a platform for Nigerians to make their contributions to the process.

"We believe that we must do whatever is necessary to provide a platform for Nigerians to air their views, give their positions and canvass whatever they feel would make our country better, and make governance more efficient and successful," Mr Lawan said.

"Like I said before, we have no preconceived positions on anything and, therefore, this is the time for our citizens to take the opportunity."

This is not the first time the lawmakers are embarking on the review of the constitution, which came into effect in 1999 with the return to democratic rule.

The legislature has been embarking on constitution review since the 5th National Assembly.

Although some amendments have been successful in the past, many others suffered serial failures but kept appearing in new proposals.

Prominent groups and individuals have, however, expressed opposition to the ongoing review. While some said the process is a waste of time, others argued it is a waste of money. Consequently, they did not participate in the public hearings nor submit memoranda to the federal legislature.

Some of the them are:

The Northern Elders Forum said it was opposed to the review because it is not only a waste of time but also a waste of resources.

The group's spokesperson, Hakeem Baba-Ahmed, advised the Senate to scrap "the wasteful idea of giving Nigerians the impression that it is involved in a serious review of our Constitution."

It suggested that leaders of thought, elders, groups and professional organisations and representatives of government should come together "to freely discuss every element of our co-existence as a country under principles of voluntarism, genuine representation, mutual respect and integrity of the process."

The outcome of this conference, it further said, should then be submitted to the National Assembly, which will then provide for a referendum in the constitution so that Nigerians could directly decide how they want the country to be structured and function.

The SMBLF, which comprises the Pan Niger Delta Forum (PANDEF), Afenifere, Ohanaeze Ndigbo and the Middle-Belt Forum, said the National Assembly is wasting its time amending the document, contending that what the country needs is a new constitution written by the people.

The group urged the federal government to heed the genuine and reasonable nationwide calls for a transparent National Dialogue, and take urgent steps towards restructuring and birthing a new constitution; to bring back equitable harmony to the country.

Governor Seyi Makinde of Oyo State, while explaining why the state did not participate in the public hearings, also said the exercise is a complete waste of time.

"What is constitutional review? It is just a complete waste of time really. In 2014, they took people to Abuja, they stayed there and they produced a document. Yes, President Jonathan did not sign it because he thought he was going to be re-elected and wanted to sign it after coming back," he said.

Mr Makinde had earlier called for restructuring and devolution of power but doubted that the review committee would perfect that.

Like his Oyo counterpart, Governor Ifeanyi Okowa of Delta State also kicked against the review. For the governor, who is a former senator, Nigeria needs a new constitution rather than a review.

On his part, Ondo Governor, Rotimi Akeredolu, called for the return to the 1963 Constitution, which gave powers to the regions to develop at their own pace.

"The 1963 Constitution, which reflected the republican status of the country, remained the best document for a country as heterogeneous as Nigeria," he said.

A former governor of Ogun State, Olusegun Osoba, also advocated the return of the country to the 1963 Republican Constitution.

A former senator, Mao Ohuabunwa , said the 1999 constitution is too flawed and that what Nigeria needs is a brand new constitution.

He said the 1999 Constitution was forced down on the throats of Nigerians by the military.

Afe Babalola, a legal icon, argued that there is no way the National Assembly could amend the constitution to cure the inherent defects.

He said rather than constitutional review, the National Assembly could have called for a National Conference where issues bedevilling the nation could be identified, discussed and resolved through a roundtable.

Another legal luminary, Mike Ozekhome, said the 1999 constitution is a "bad document" which cannot be amended.

"The National Assembly members are afraid; they want to amend. Can you amend a bad document? Even if you give it one million amendments, it cannot solve our problems," he said.

Mr Ozekhome said Nigeria currently operates under a "suffocative system", due to the constitution which he branded a "false document from the pit of hell."

For Hamza Mustapha, a retired major and former Chief Security Officer (CSO) to late military head of state, Sani Abacha, the current effort to amend the 1999 Constitution might not work, as it is being done in a rush.

"Constitutional amendments should be given time and should not be seen carrying the opinions of a few elites abandoning the majority.

"Most Nigerians especially the downtrodden in rural communities are not even aware of what is going on, they don't even have the money to travel to the urban centres for public hearing.

"At the end of the day, you end up listening to the views of a few elites in trying to amend the constitution," he said.

The spokesperson of the House of Representatives, Benjamin Kalu, argued that the calls in some quarters to revert to the 1963 Constitution were unnecessary.

He, however, advocated the adoption of salient points 1963 and 1999 constitution to achieve a better result of the ongoing constitution review exercise.