West Africa: How the Private Sector Is Shaping the Future of Lake Chad and the Congo Basin 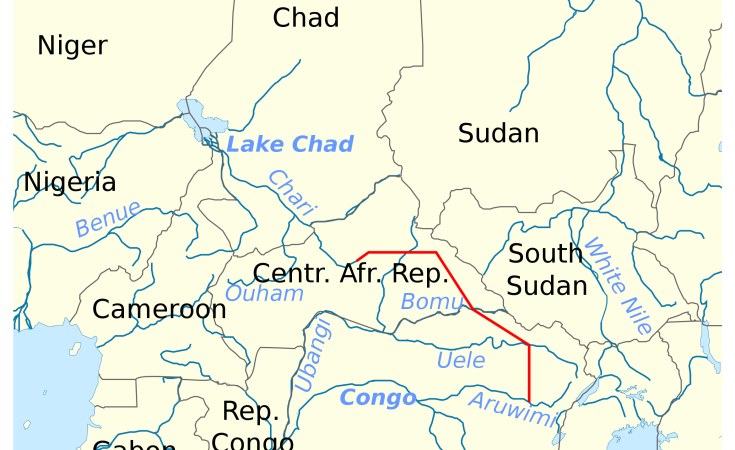 Lake Chad's declining water level has been on the political agenda of the Sahel region since the 1960s. The water is shared by Niger, Nigeria, Chad and Cameroon though it also affects communities in the larger regional spread of the basin that includes Libya, Algeria, Sudan and the Central African Republic. It's central to the livelihoods of over 30 million people.

One proposed solution for the shrinking resource was to divert water from the Congo River to Lake Chad via a 2,400km-long canal. The Lake Chad Basin Commission - representing Cameroon, Chad, Niger, Nigeria, Algeria, the Central African Republic, Libya, and Sudan - chose this option in 2018. It's estimated to cost around US$50 billion. The Transaqua Project remains in the planning and feasibility study stage.

It's not without opposition. French scientists and the Democratic Republic of Congo, whose basin water would have to be diverted, have been firmly opposed to it.

We've studied the way that various actors in the project have formed coalitions to promote or block it, and what their motivations are. Interested parties include governments, international organisations, NGOs and scientific experts. We also looked at their tactics, such as the way they set agendas, construct knowledge, link issues and exclude others from negotiations.

Our analysis of what has been said, documented and reported about the project highlights how non-state actors - particularly private companies - have shaped the way water resources are controlled. Our recent synthesis highlights that is relevant for many states in the region.

States are traditionally the main party to discussions and negotiations over water allocation in transboundary systems. Where natural resources are shared, regional and international organisations also have a role to play in steering who gets what. But such influence mostly depends on geopolitical relations and the commitments that countries have made.

Not all the states involved in the Transaqua proposal have ratified the United Nations Watercourses Convention - a global legal framework for transboundary cooperation. This is one reason why it's important to look at the role of the non-state parties and the "soft power" that influences negotiations.

The role of the private sector in this case reflects changing power dynamics in these transboundary water systems. In this particular proposal, two private companies have had a prominent role in influencing water arrangements.

So, who wants Transaqua to go ahead and why?

The Nigerian leadership says the water transfer would enable the resumption of farming, fishing and animal husbandry. This would enhance socio-economic development, tackle regional instabilities and insecurity and curtail illegal migration.

A powerful coalition has emerged which emphasises water scarcity and environmental degradation. It includes the formerly Italian state-owned company Bonifica (which first proposed the project), the riparian states of the Lake Chad Basin, and international organisations such as the Lake Chad Basin Commission (LCBC) and the African Development Bank (AfDB).

These actors repeatedly raise alarm about the lake's shrinkage and highlight the urgent need to save it. They present the Transaqua Project as the "only" solution. Actors like the former PM of Italy and the former executive the Lake Chad Basin Commission frequently promote the project.

When Bonifica was economically and politically strong in Italy, up until the 1990s, the project was actively promoted in the Lake Chad Basin countries and Italy.

Bonifica was restructured and privatised in 2002 . There was a pause in the Transaqua discussions due to lack of funding and consensus between Lake Chad and Congo Basin countries. Recently pre-feasibility studies were organised to get support for the next phase of the proposal.

In the mid-2010s, state-owned hydropower contractor PowerChina appeared as a new private-sector agency in the mix. This revived the project on the political agenda. PowerChina supported the vision of Transaqua by signing a memorandum of understanding with the Lake Chad Basin Commission in 2016. The following year, PowerChina agreed to collaborate with Bonifica on the proposal. In 2018, the Lake Chad Basin Commission endorsed the Transaqua project and signed a memorandum of understanding with Italy.

Some NGOs associated with the LaRouche Movement, a political and cultural network, have also been involved in promoting the project and raising funds to realise its agenda.

If it goes ahead, the construction works will take place in the Central African Republic and the Democratic Republic of Congo.

But the Democratic Republic of Congo opposes the project. It has commented, at the presidential and parliamentary level, that discussions on Transaqua has not given it a space for participation or consensus building.

French scientists constantly argue about the lack of data and quality of existing data attributed to Lake Chad's disappearance, pointing that water variability and flux in the Lake Chad basin resulted in an increase in the water levels up to 13000 km2 in 2013.

Challenging massive engineering arrangement to solve the water crisis in the Sahel, they underline that large-scale project may cause irreversible environmental damage in both basins.

Yet, such claims are criticised by the African scholars such as Horace Campbell, an African studies professor at the University of Ghana, who was quoted saying that community resilience can't be envision without replenishing the lake.

Driven partly by the private sector, Transaqua is framed as being about human and economic development. But if it is built on an agenda that hasn't been properly discussed and agreed, it is likely to create geopolitical issues and security situations between state actors. These will likely play out both in Lake Chad and Congo Basin countries.

What's more, the private sector is not sensitive to complex socio-cultural issues such as the interests of pastoral communities who use the land and the water.

The future of Transaqua rests on the challenge of building effective collaboration and consensus between all stakeholders.